Residents of Taman Setia Balakong Apartment queueing up for water during the first phase of rationing in February this year.

THIS year, Selangor was hit by the worst water crisis since 1998, affecting 6.7 million people.

It was reported that back in 1998, water was rationed for nearly 150 days for 3.2 million residents because of a dry spell in the Klang Valley and parts of Negri Sembilan, Malacca, Penang, Kedah and Perlis.

History repeated itself earlier this year in February and Balakong had been one of the first areas hit with water supply disruptions following the temporary closure of Syarikat Bekalan Air Selangor (Syabas) treatment plants in Batu 11 in Cheras and Bukit Tampoi in Dengkil, because of high ammonia levels in its raw water sources.

This later snowballed into an almost state-wide rationing exercise, which was carried out in phases.

It was a trying time for residents and business owners alike.

They found difficulties performing daily routines such as bathing, cooking, and flushing the toilet.

Those interviewed said they could go without electricity for days but not water.

Some even resorted to limiting business hours or temporarily ceasing operations.

It was worse for people living in high-rise buildings especially those without elevators.

Flat dwellers were seen carrying containers of water up the stairs.

But dire times also led to innovation as shown by flat dwellers in Balakong who lived on upper floors. They made a pulley to allow them to transport water up to their floors without having to cart back-breaking gallons of water. Abdul Rahman Mohamad, a guard in Taman Damai Murni Cheras, refilling a water tub on behalf of Mohd Rizal, who provided water to his neighbours.

The rationing was unbearable and some took to the streets to protest.

The crisis also brought out the best in some.

Some who were not affected by the rationing selflessly shared their water supply with neighbours and friends who were affected.

For example, Mohd Rizal Mohamad in Taman Damai Murni, Cheras, provided water for his neighbours who had been facing water disruptions for more than 10 days.

While he had water supply, his neighbours living just a few rows away did not.

He regularly refilled their water containers and allowed the guards to enter his house to use the water hose to refill water tubs. 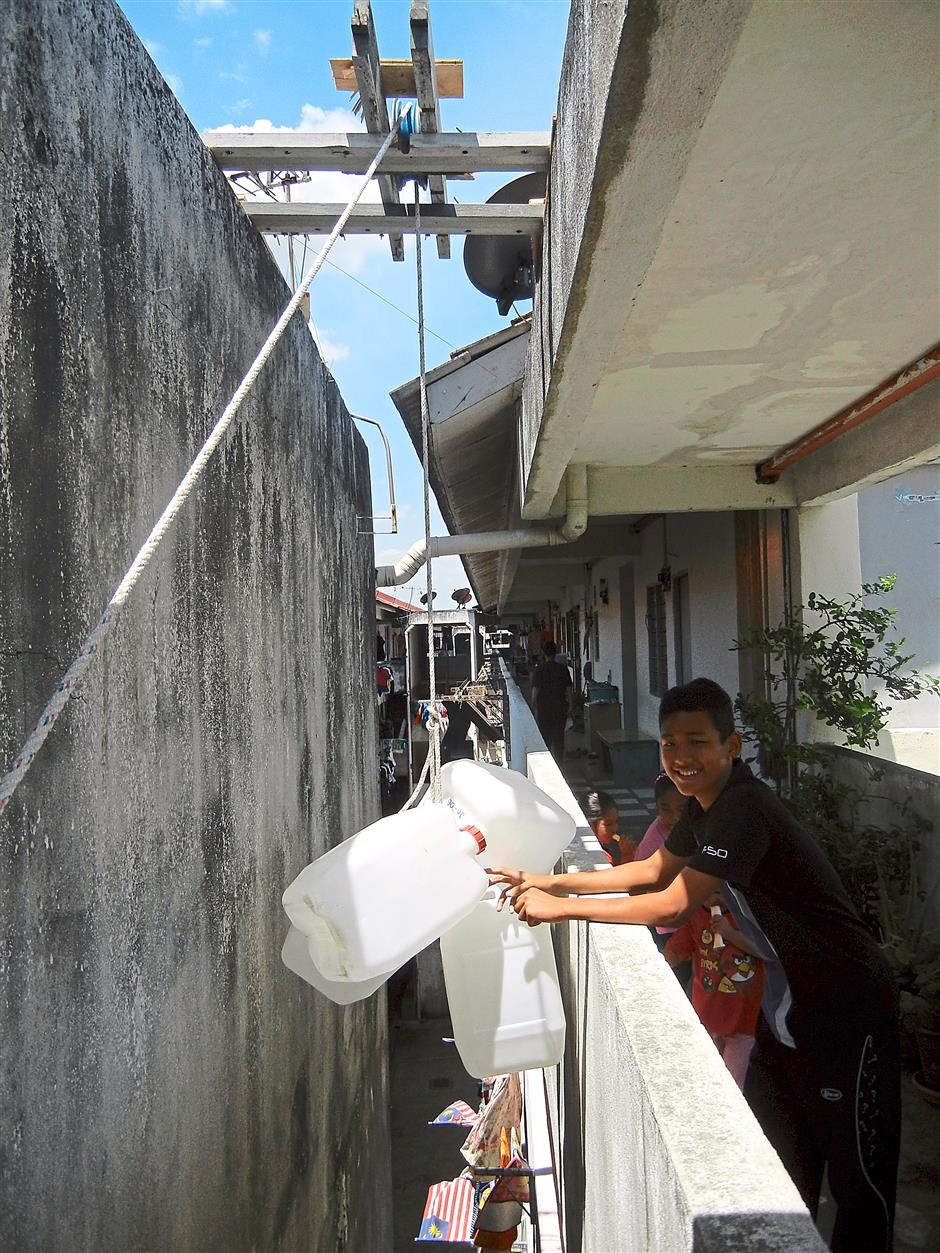 His employer, who operated a factory, allowed him to get water from the factory, use the lorry and even bought the water tanks at RM200 each.

The water crisis also increased awareness on being prudent with water usage.

On Nov 11, it was reported in The Star that the Sungai Selangor dam, the state’s largest, had surpassed the 50% reserve level mark.

However, water rationing and poor water pressure may repeat next year if the dam, which services over 60% of the Klang Valley, does not hit the 70% safe mark by 2015.

Tourism, Environment, Green Technology and Consumer Affairs Committee chairman Elizabeth Wong was reported saying that the high level of ammonia in the water was caused by the lowering of the water level in rivers and lack of rain in catchment areas.

Zaidy said the Mitigation Project 2 was underway and the tunnels were expected to be completed by the end of the year.