Graham international sales director C. Emanuel Bitton (right) explaining some of the finest Graham tourbillon watches on exhibit to the guests who attended the event.

Luxury watch collectors and enthusiasts in Kuala Lumpur will have the opportunity to marvel at the most intricate watch mechanism known to mankind — the tourbillon.

Until Dec 31, watch aficionados can view 100 of the world’s finest tourbillon watches at the Sincere Fine Watches boutique in Suria KLCC.

For the uninitiated, the tourbillon complication is an 18th century invention by Abraham Louis Breguet that allows the escapement mechanism of the wristwatch to function without being affected by gravity.

Though its role in watches has been reduced to aesthetic value with the rise of quartz watches, the tourbillon complication continues to be celebrated today as one of the most complicated watch mechanisms ever invented.

Sincere Watch Limited vice-chairman and managing director Kingston Chu was present at the grand opening of the exhibition.

“This exhibition is a realisation of a simple idea — to share my passion for high-end watchmaking with watch lovers from all around the world,” said Chu.

“We want to pay tribute to a groundbreaking complication that continues to fascinate and inspire watchmakers and collectors today.”

“With up to RM1mil price tags and an estimated total worth of more than RM100mil, the watches incorporating tourbillons are more than just timepieces; they are horological masterpieces by watchmaking virtuosos.

“By gathering some of the world’s finest tourbillons in one place, we hope we will inspire and cultivate a greater appreciate for watchmaking among the public,” he added. 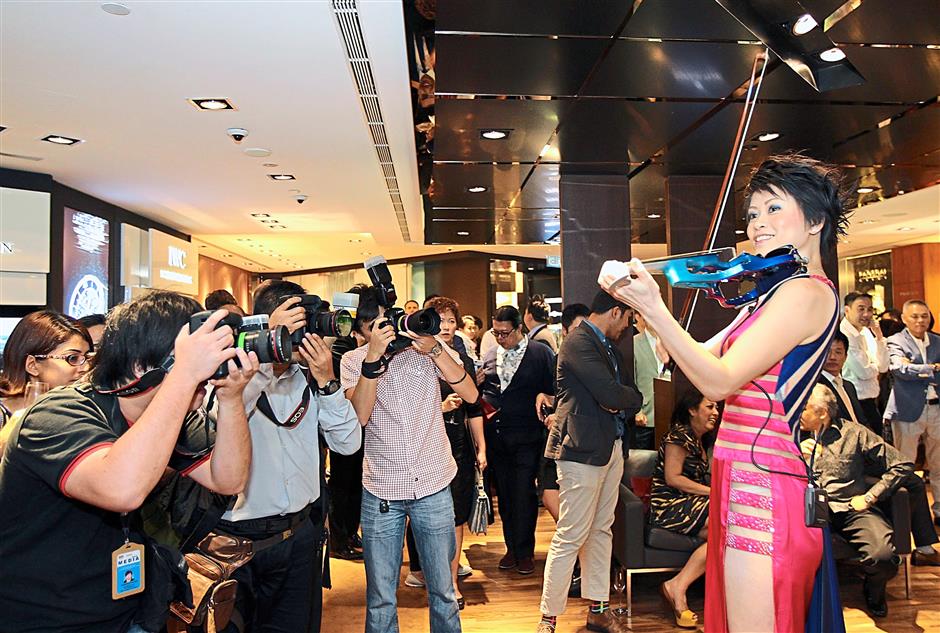 At a speed of 12 full rotations per minute, it is 12 times faster than many tourbillons available in the market and is almost hypnotic to watch.

Another notable timepiece on display is the A. Lange & Söhne 1815 Tourbillon, which is a special union of the stop-seconds and zero-reset mechanism. Audemars Piguet tourbillon timepieces on display at the launch of the 100 Tourbillons exhibition.

Through the combination of these two patented mechanisms, the wearer is able to bring the tourbillon to an instant halt and reset the second-hand to zero — a feat thought to be impossible in the past.

Other masterpieces to look out for on display among the exhibits include the Breguet Classique Grand Complication Double Tourbillon 5347BR in 18-carat pink gold, the Jaeger-LeCoultre Duomètre Sphérotourbillon, the Roger Dubuis Excalibur Skeleton Double Flying Tourbillon and many others.

The Sincere Fine Watches boutique is located on the ground floor of Suria KLCC, near the entrance to the Petronas Twin Towers.