AS the month of October draws to a close, the emergence of corpses, severed heads and limbs, vampires, zombies and all forms of mystical and ghastly figures mark the return of Halloween.

Though the occasion is considered more of a novelty than an actual cultural holiday in Malaysia, it does not stop the young and young-at-heart from satisfying their fascination with the grotesque and the macabre.

Many companies dedicated to providing fun and entertaining events step up to the plate this time of year to give Malaysians a night to remember.

“It was a dark and stormy night,” may be the classic opening line for many a typical horror story but, in the case of Sunway Lagoon’s Nights of Fright 2, it was an apt description.

According to Sunway Lagoon general manager Sean Choo, the grand opening of the event was met by a thunderstorm, which only added to the scary ambiance at the theme park.

After a successful first run with Nights of Fright last year, Sunway Lagoon has teamed up once more with American scare company Sudden Impact! Entertainment to bring back the highly-anticipated Halloween festivities. 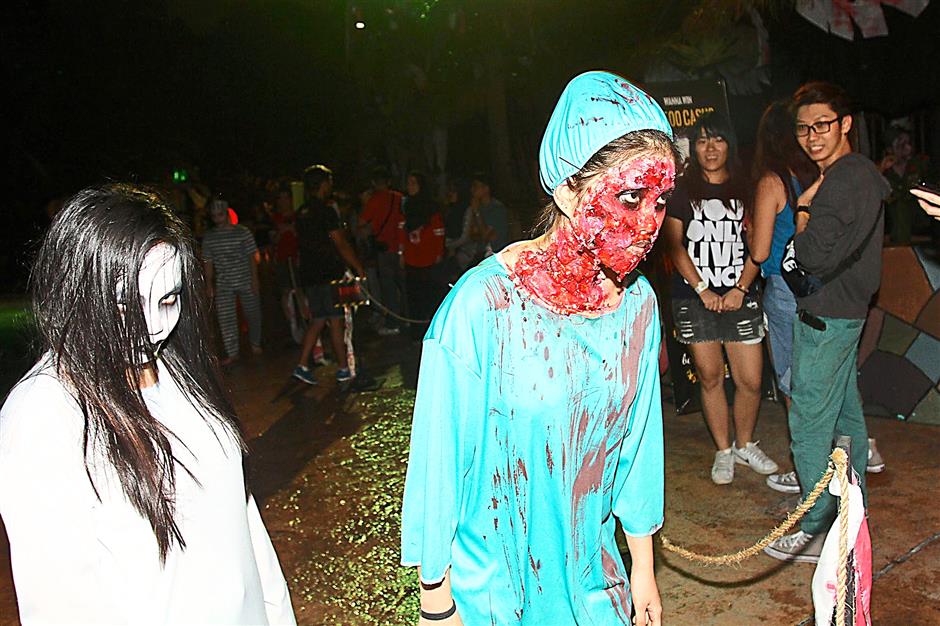 Some of the spooky characters that wander around the park and occasionally chase and scare guests during the special Halloween Escape event by Escape Room at Wet World Water Park.


“Last year’s response was fantastic and we received feedback asking if we were going to do it again this year, and this gave us the confidence to do it,” said Choo.

Under the vision of Sudden Impact! chairman and chief executive officer Lynton V. Harris, Nights of Fright 2 was made even bigger this year, occupying more than a quarter of the 36ha theme park.

“Nights of Fright 2 has ghosts with a mix of both Western and local flavours, so there will be characters such as the pontianak, pocong and Chinese vampires (jiangshi),” he added.

But more than anything, Nights of Fright 2 is a festival for guests to have fun, regardless of whether they prefer to scream their lungs out in the haunted houses, take selfies with the ghastly characters and decorations around the park, or simply enjoy the dance performances.

With early-bird ticket sales exceeding last year’s attendance numbers before the start of Nights of Fright 2, Choo believes that they will easily double the numbers by the end of the event.

“The only challenge for us so far is the fact that it has been raining almost every night,” he added.

Although bad weather usually means that outdoor attractions such as Dead End have to be closed, the rain has done little to deter guests from waiting in long queues outside the various haunted houses, huddling together in disposable plastic ponchos.

Choo said the theme park would want to make this an annual affair.

The modern interpretation of a zombie is that of a reanimated corpse that infects its victims and turns them into zombies, thus leading to the zombie apocalypse.

This recurring theme is widely popular in horror fiction with its own cult following and today, several shoppers in Kuala Lumpur are about to experience it first-hand. 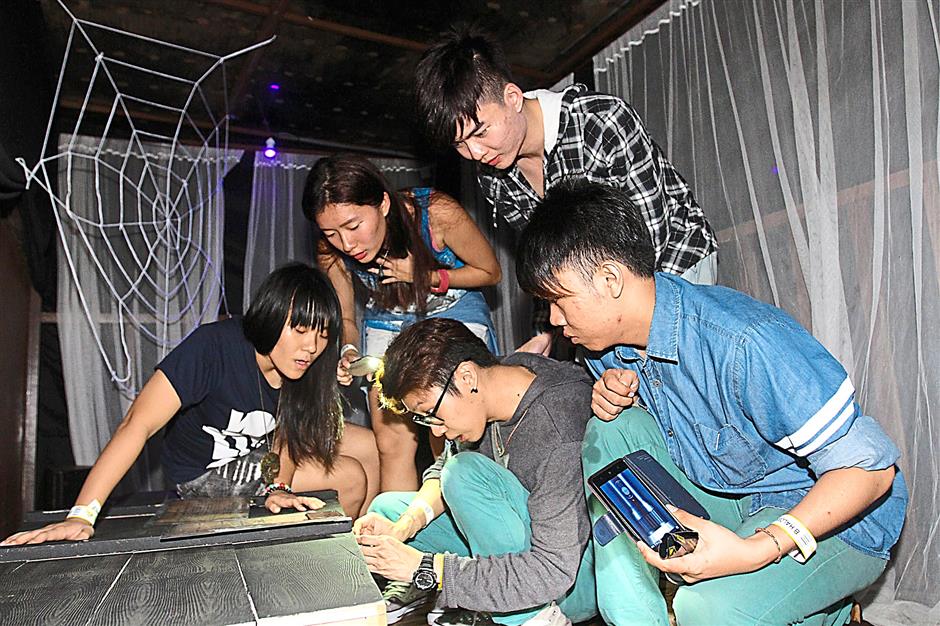 Players must leave no stone unturned as they search for clues in an attempt to complete the Mini Cabana Escape Games at the special Halloween Escape event by Escape Room at Wet World Water Park, Shah Alam.


A creation of Farsight Events, “Zombie ApoKLypse” challenges Malaysians to see if they can survive a zombie outbreak in a realistic, everyday setting.

“Zombie outbreaks happen when you least expect it, and you are more likely to be in an everyday place like a mall than an amusement park,” said events director Sanjaya Kumaraseri.

This 30-minute plot-driven experience takes participants around Publika Shopping Gallery as they complete objectives in order to prevent a zombie outbreak from spreading and causing mass panic among the regular shoppers.

“A commando needs you to help him in his mission to find an antidote to cure the outbreak, but the scientist that created the antidote has been turned into a zombie himself,” said managing director Azlan McKechnie.

According to Azlan, no event of this kind has ever been held here before and they were inspired to come up with it by the collective passion for zombie movies. 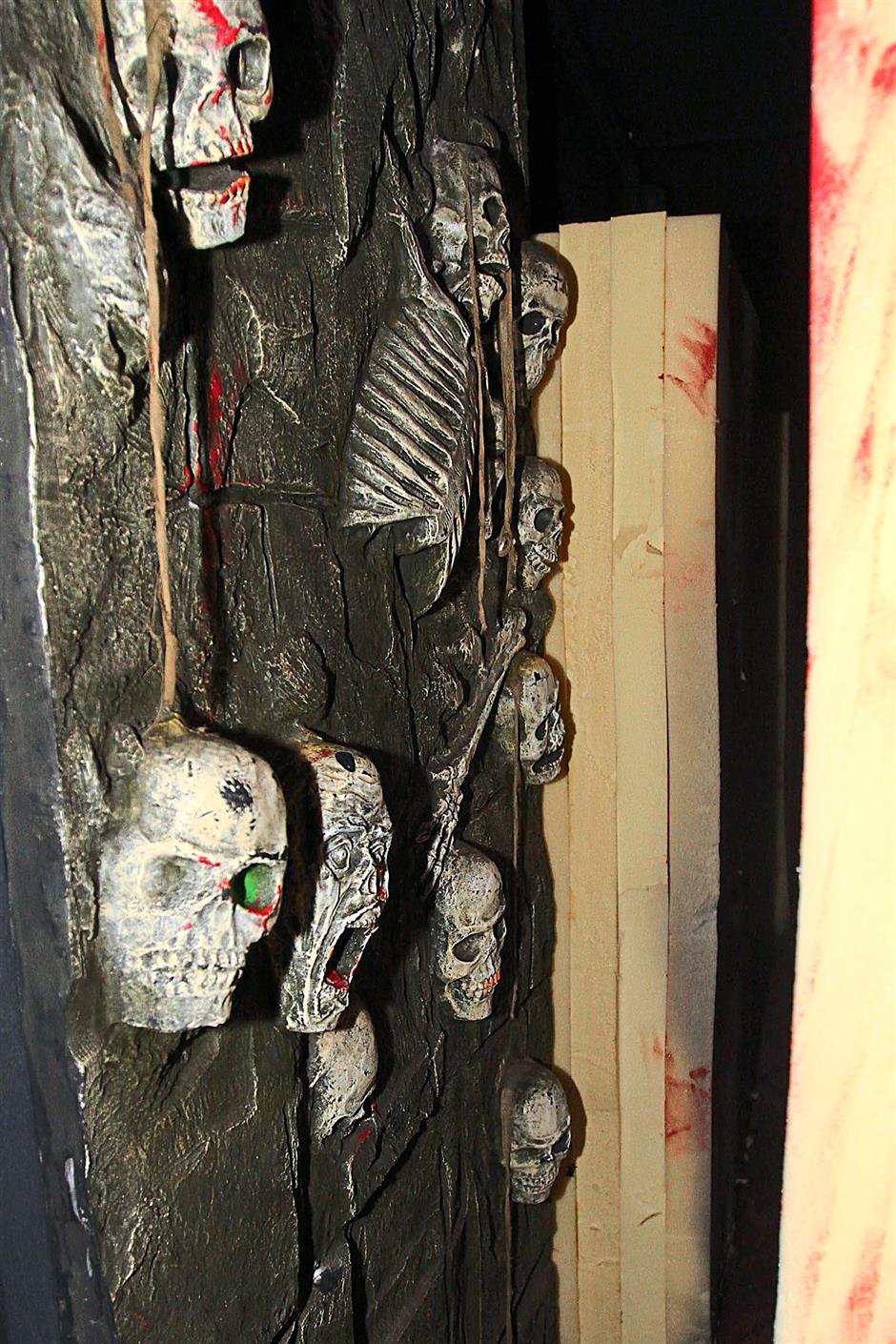 
“Some of the solutions to our challenges are inspired by zombie shows such as The Walking Dead and World War Z.

“Every step has been taken to ensure that the experience is as realistic as possible, from the minimalist decorations to the professional actors hired to be zombies.

“Through this event, we want people to be able to experience a real adventure and it is our hope that people will be talking about this event for a long time,” he added.

Trapped in a haunted house

It is one thing to walk through a haunted house, but what if you were locked inside one and had to race against the clock to escape, enduring the terrifying wailing of ghastly creatures?

With more than 4,000 visitors walking through the doors over the past four weekends, Escape Room managing director Datuk Jason Leung is quite happy with the amount of hype stirred up.

“Some of the feedback from regular Escape Room customers was that our existing escape game rooms were not scary enough for them,” said Leung.

“Being scary was never the main point of Escape Room but since there seemed to be a big demand for it, we decided to throw in jump-scare elements to make Halloween Escape a little more challenging,” he added.

“In order to accommodate a high volume of customers waiting to play, each of our escape rooms is designed with a shorter time limit and there are duplicate rooms for multiple groups,” he said.

And yet, the event has drawn such large crowds to the theme park that on certain days, the queues can be up to an hour long, even for the mini escape games.

Though the event is a costly setup for Escape Room, Leung sees it as a great marketing opportunity and hopes to be able to do more themed events like this one in the future.

Special and fun activities for children this weekend

— Halloween Treats Huntis open until Sunday. A minimum spend of RM50 in a single receipt entitles the shopper to enter one child in the hunt for sweets.

— A Haunted House in the Boulevard is open until Sunday.

— Ben’s Independent Grocer will also organise a crafts workshop at 1pm and a face-painting session tomorrow at 3pm.

— Makchic will organise a Halloween party for children at The Bee, on Sunday from 11am to 2pm.

— Children’s craft workshops daily from today to Sunday. between 11am and 7pm. Limited to the first 50 children.

— Monster Walkabout between noon and 2pm tomorrow and on Sunday. From 2pm to 3pm, trick-or-treat for the first 100 children each day. Limited to ages four to 12. At 4pm, Halloween Best Dressed Competition for children aged four to 12 years.

— Halloween Costume Competition and Trick or Treat for children tomorrow. Registration can be made via the mall’s Facebook page or at the information counter on the ground floor.

—Ghost Story Online Contest is open to children of ages seven to 16. Submissions must be e-mailed to events@citta.com.my 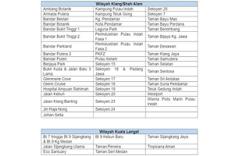 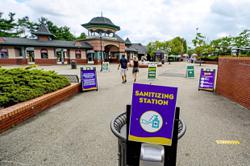