What your child should eat

THERE can be no doubt what the choice would be for feeding newborn babies.

Breast milk is precious, exclusive, customised and cannot be synthesised — just like blood.

It contains living cells, antibodies, has variable flavours at the optimum temperature and the DNA signature of the lactating mother.

Baby-friendly hospitals actively promote breast-feeding and unless medically indicated, no baby would be given formula milk.

It is also proven that breast-fed babies have lower incidences of obesity as well as have better temperaments on account of the bonding and rapport with their mothers.

Babies who are breastfed are also drawn to the scent of their mother’s breasts and instantly recognise their mothers.

The research on breastfeeding is ever growing with evidence to prove that the food and even medications or supplements that lactating mothers consume affects the quality of breast milk.

Alcohol, nicotine and caffeine are the three substances that is known to affect behaviour of babies with irritability and sleepless states, and these should be avoided.

Archaeological remains suggest that our hunter-gatherer ancestors ate far more vegetables and consumed leaner meats with a lot of polyunsaturated fatty acids and this contributed towards the evolution of the species compared to prehistoric man who ate more raw meat and saturated fats.

These polyunsaturated fatty acids are vital for brain development and benefit babies tremendously with regards to later high cholesterol levels. 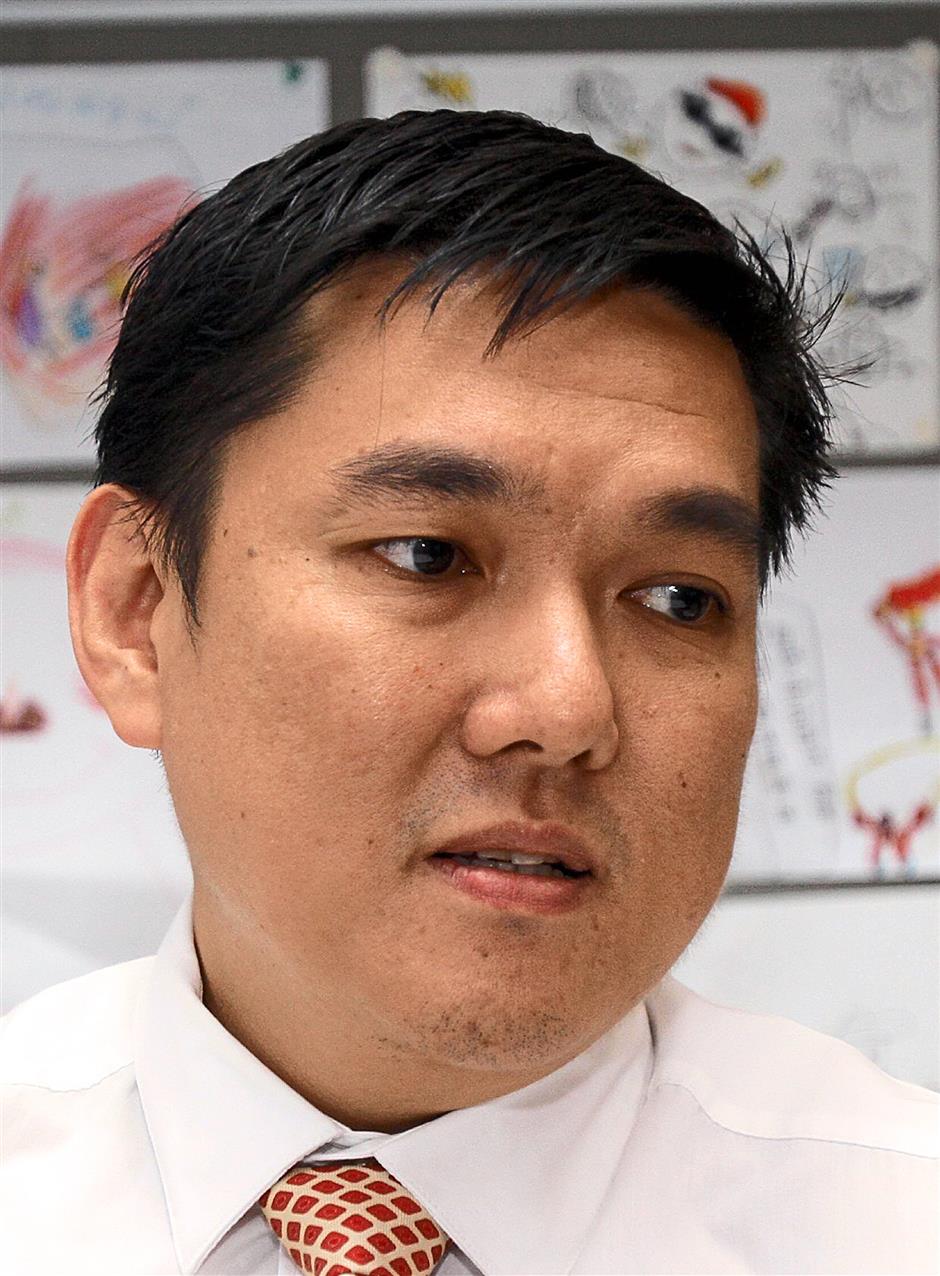 
Lactating mothers are encouraged to take more vegetables as well as fish oils high in these fatty acids.

All over the world, there has been a constant need for speed and convenience.

So much so, that everything is now fast food, quick fixes and instant solutions.

This is true with feeding babies.

The poor feeding of babies may be one of the factors behind the changing epidemiology of childhood diseases.

We are seeing increased number of admissions to hospital for respiratory infections, asthmatic attacks, and failure to thrive.

How then do we alter this trend?

For one, we need to move away from traditional practices which are no longer valid like giving crushed pearls to babies for colic and other illnesses, which have neither logic nor basis.

Serious education with regards to basic nutrition for babies is lacking.

It involves a lot of commitment and patience to stick to a feeding schedule and programme.

But it can be done with very basic and practical ways.

The best time to start introducing solids is at six months and the introduction of solid food is known as weaning.

The nutritional needs of babies are changing rapidly at this age and milk alone would not be enough.

Most babies by this age would have good head control, would be able to chew (even without any teeth) and be able to sit with some support.

Starting solids any earlier would be putting the baby at risk of allergies and indigestion, as these systems are weaker before the age of six months.

The motor system and jaw musculature, in particular, is also stronger at six months.

And as swallowing is a complex and coordinated mechanism, unless babies have mastered this skill they remain at risk of choking.

Lower incidences of reflux and abdominal colic are also reported mainly due to the more mature gastrointestinal system.

Weaning is a gradual process.

Initial foods should be very soft in texture and bland in taste.

The key objective is to get the baby used to eating from a spoon.

With time, lumpier textures and even crunchy food with stronger tastes can be introduced.

The minerals deficient in breast milk — mainly iron, zinc, calcium and iodine and the vitamins A, B12 and D ought to be given from natural sources and food rich in iron as well as calcium could be introduced.

Vitamin B12 deficiency in particular is quite common in vegan babies.

Unless a baby has clear illness and only under the supervision of trained medical doctors, no baby should require supplements if they are thriving well.

Safe foods are foods without pesticides and additives.

The best food to start with should be bland food such as baby rice with a runny consistency.

Other good choices would be pureed root vegetables such as carrot and potatoes, which are popular.

Cooked fruits such as apple and pear can also be introduced.

Much needed bioenzymes and vitamins can only be obtained from fresh fruits and vegetables and thus, avoid canned and processed baby food as much as possible.

Baby-led weaning is a method of adding complementary foods to a baby’s diet, which allows babies to control their solid food consumption by self-feeding.

For this to occur, they need to have adequate oral motor skill development.

Babies need to transition from a reflex of suck, swallow and breathe to one of tongue movement and side to side movements to elevation and munching/chewing to finally, swallow without gagging and coughing.

By applying baby-led weaning practices in which the baby is allowed to reach for a piece of food, manipulate it and finally, smelling and licking it before putting into the mouth and chewing, it creates a positive and happy experience.

Tips on getting started

·Go slow and gentle. Pick a time when baby is relaxed and ready to be introduced to a spoon.

·Introduce one food at a time. Babies take time to get used to food texture and taste.

·Keep it clean. This includes hands as well as utensils.

·Test it yourself. Too hot or too cold may result in unpleasant experiences.

·Pace it. Babies need to learn how to move food around their mouth and swallow.

·Do not force-feed. Babies do know when they have had enough.

·Safety is paramount. Never leave your child alone while eating. This is to make sure they do not choke.

·Homecook food. If possible, cook it yourself. Do not add salt and use ingredients that the rest of the family is having.

·All foods should be consumed within a day and baby food should not be reheated nor leftovers kept.

·Always provide variety. This will avoid fussiness later on.

·Commercial baby foods are available and do check expiry dates if planning to use these. Some may contain food additives and have high sugar and salt content. Contamination and spoilage, although rare, is also a possibility.

·Organic produce is encouraged due to the absence of synthetic pesticides and harmful chemical fertilisers.

·Fresh cow’s milk should not be given to babies as it contains too much salt and inadequate protein. Breast milk and formula milk can be added to food to soften it if needed.

·Raw eggs may contain microorganisms as well as trigger allergies. It is best that eggs be fully cooked until both the yolk and white of the egg are solid.

·Whole or chopped nuts carry a risk of choking for children under five. Although uncommon in our region, peanut as well as other nuts also carry an allergy risk.

·Certain marine fishes and seafood such as shark, marlin and swordfish may contain mercury. Local fishes are usually safer.

·Unprocessed honey may contain botulinum toxin and is not advisable for babies under a year old.

·Sugar and candies — a baby that has developed a taste for sugar will constantly crave it. Sugar also damages little teeth.

·Salt — having too much salt will not be good for baby’s kidneys and may lead to problems later.

·Gluten in food such as wheat, oats, barley and rye — some babies are gluten intolerant with poor digestion.

Science is always advancing and year-by-year new discoveries are made to help improve the quality of lives of our babies and children.

First foods set the foundation towards a lifetime of health.

> This article provides general information only and is not intended to replace, dictate or define evaluation by a qualified paediatrician. The views expressed do not represent that of any organization that the writer is associated with. The information provided is for educational and communication purposes only and it should not be construed as personal medical advice.