WE’VE all seen it, people dousing themselves with a bucket of ice water and recording it for the world to see.

By this point, many would have heard, read and seen plenty of the completed challenges posted online.

They all have the same purpose — to raise awareness on amyotrophic lateral sclerosis (ALS), which is also known as the Lou Gehrig’s Disease.

Apart from spreading the word on ALS, the challenge also encourages those who have been nominated to donate to research on the disease.

The trend of drenching people in ice-cold water was made popular by friends of former Boston College baseball captain Pete Frates, who was diagnosed with ALS.

His friends challenged local athletes and the rest, as they say, is history.

ALS is not contagious. According to the ALS Association, it is a progressive neurodegenerative disease that affects nerve cells in the brain and the spinal cord.

Over time, patients lose muscle functions, making it difficult for them to speak, swallow or even breathe, eventually leading to their death.

The ice bucket challenge spread like wildfire in America and later caught on in other countries, including Malaysia.

Many Malaysian celebrities, politicians and locals took up the challenge and donated to the ALS Foundation or to a other individuals cause.

Those who were nominated to do the challenge have to comply within 24 hours.

With every challenge done, a fee of RM31.80 should be donated. If the nominees choose not to take on the challenge, they should donate RM318. Donations to the cause can be made through www.alsa.org

Star Metro lists some of the ice bucket challenge videos that have been circulating on the Internet since the chilling challenge began. 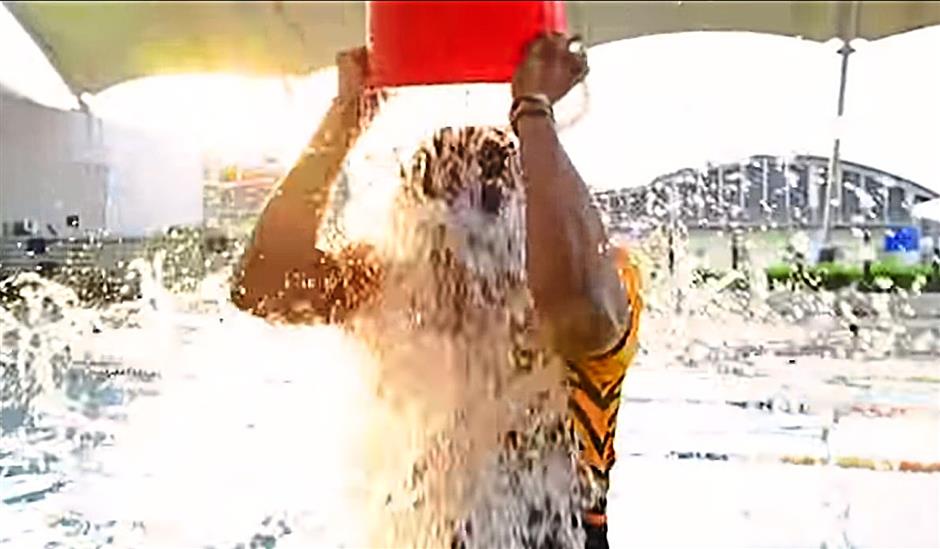 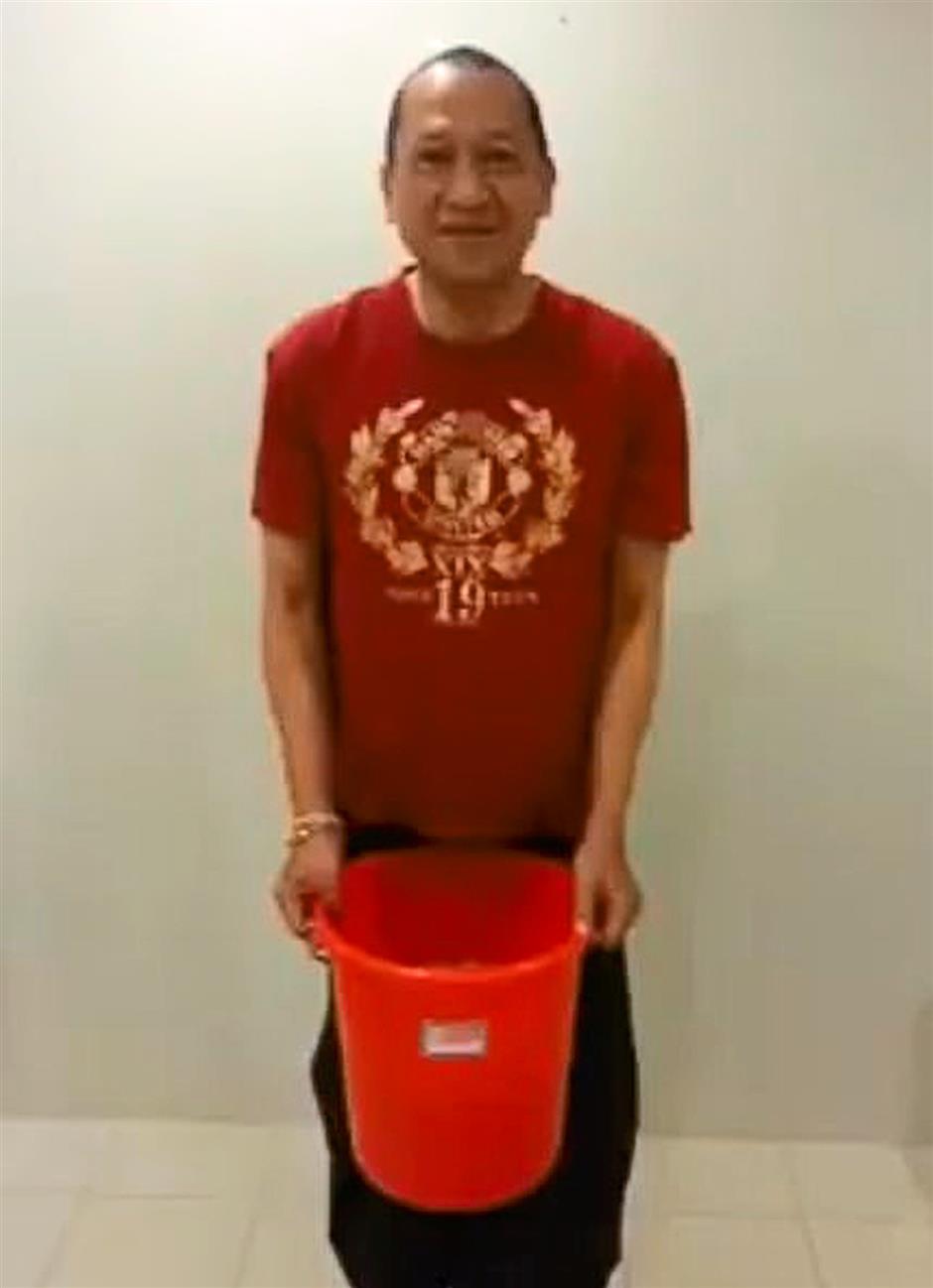 Nazri took on the ice bucket challenge after he was nominated by Khairy and a few others. He did not nominate anyone. 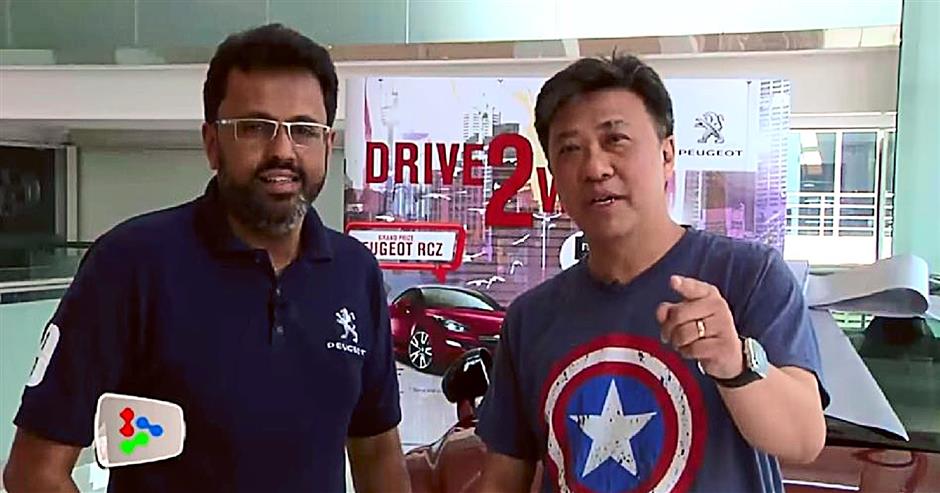 Two big names in motoring and print came together to take on the challenge after they were nominated by PKT Logistics Group Sdn Bhd chief executive officer Datuk Michael Tio. Clad in his Peugeot shirt with long pants, Anand took a seat next to Wong, who sought strength from his Captain America T-shirt. They were drenched with a bucket of ice water each. The duo nominated their media friends.

For a good cause, the chief minister also took on the challenge and he did so in front of Penangites. In the video, Lim was seen clenching his fists as his wife Betty Chew overturned a bucket of ice water on him. He donated RM318 to the ALS Association and nominated China Press chief editor Teoh Yang Khoon and Nazri to take the challenge. Both had taken up the challenge.

Chia did it while looking fabulous. Comments on the video included questions on whether she was using waterproof makeup as her makeup was still intact after a bucket of water and ice was poured on her. She shared her video on her Instagram page. 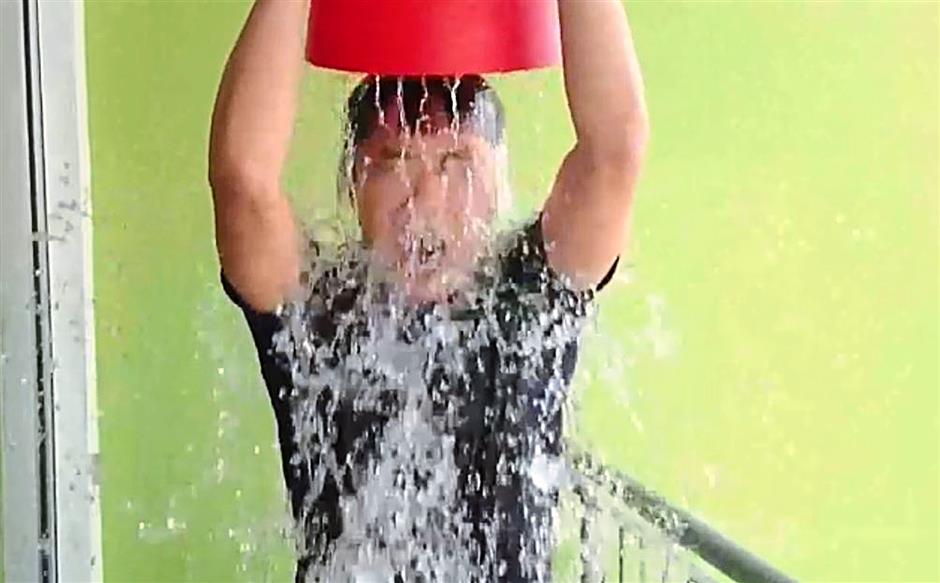 Teo is known to Malaysians as the quirky and funny radio DJ on RED FM, whose show airs from 10am to 2pm, Mondays to Fridays. Teo did his challenge in what looks like the balcony of his apartment. We sure hope no one was accidentally sprinkled with ice cold water below his balcony.

Lee was nominated by a local radio DJ but was travelling to Copenhagen for the World Championships in Ballerup Super Arena. Though it was more than 24 hours since he was nominated, the shuttler took on the challenge in what looks like his hotel bathroom. Still clad in his sportswear, the 31-year-old carried out the challenge using a cooler bag with ice water.

The people behind the burger restaurant that has been the talk of the city since its inception, decided to take on the ice bucket challenge after they were nominated by their fans. The team’s video was the most creative of the lot uploaded to YouTube. The video showed the staff of myBurgerLab doing a reverse ice bucket challenge, where viewers see water pouring back into the pails or bowls. 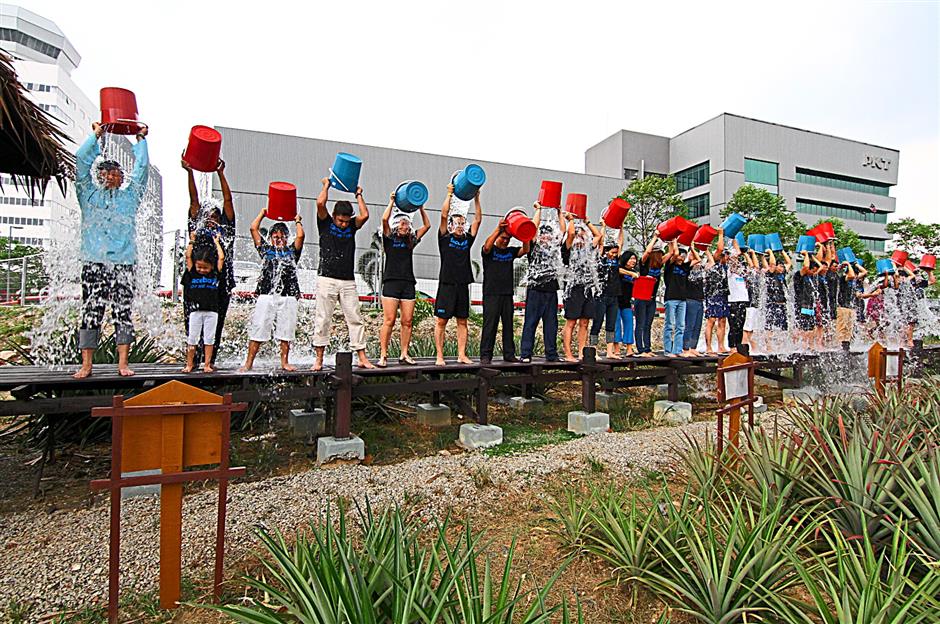 Tio took the challenge not once, but twice. The first was on his own where he held a pineapple in one hand and held his handphone to take a selfie with the other, while his staff members poured two buckets of ice water on him. He later performed the challenge with his staff a company event in Shah Alam.

11. StarMetro also did our version of the ice bucket challenge after we were nominated by Star Publications (M) Bhd group marketing and corporate communication (GMCC) department. 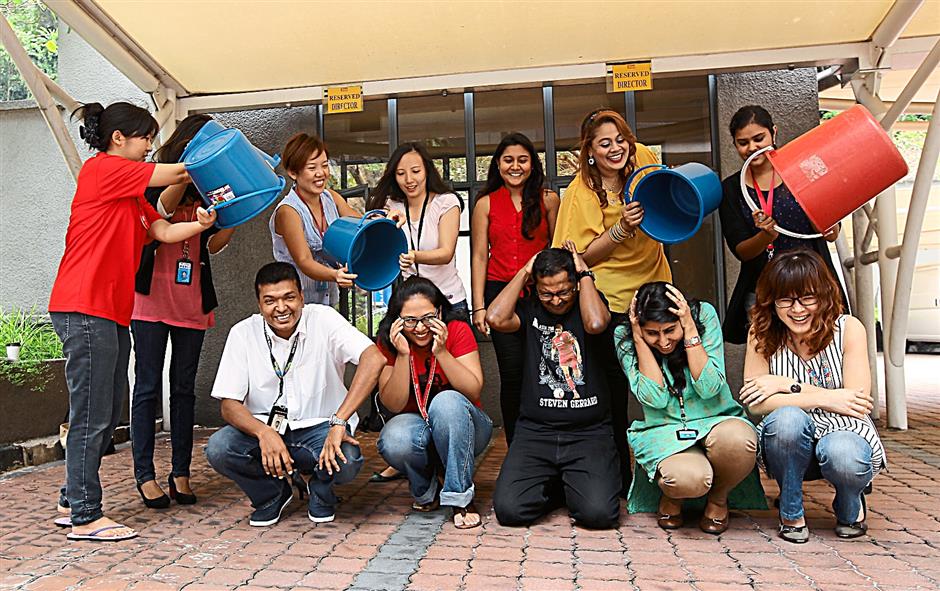