KUCHING: The former Honorary Consul of France in Sarawak, Datin Brigitte Wan Ullok, who served in the position for over 40 years, has been conferred the insignia of Chevalier in the Légion d’Honneur.

Brigitte is one of a few people in Malaysia who have received the highest decoration from France. She became a member of the Legion d’Honour during conferment ceremony here by the French Ambassador to Malaysia Martine Dorance.

Datin Brigitte was appointed as the French Honorary Consul in Sarawak in 1971. She was the only link between the governments of Sarawak and France at that time in her long-serving role. Brigitte came to Sarawak following her marriage to Datuk Stephen Wan Ullok.

“When I first met Stephen and asked him where he came from, he told me: You wouldn’t know. I knew Borneo but I had never heard of Sarawak. I had a lot to learn when I first arrived,” Brigitte said during the ceremony.

“For me at the time, Borneo was this big island, far way from France. On my appointment as honourary consul, I was happy and proud to represent France in this part of the world. I am grateful for having been able to help my compatriots here in one way or another.”

Brigitte said she was proud to have helped forge ties between Sarawak and France. She described the state and country as “friends” who had always cooperated in fields of culture, arts, science and technology.

She also thanked her husband, Datuk Stephen Wan Ullok, a former Senator, who was also the first secretary of the Orang Ulu National Association, for his years of support.

The Chevalier in the Legion d’Honneur is France’s highest decoration. It was created by Napoleon Bonaparte in 1802.

The French Ambassador said Brigitte’s service to her country of birth over the decades was invaluable. “You are one of the most respected and beloved figures known by the French community in Sarawak,” Dorance said.

“She was then the only person born in France, who had settled in this remote and unknown part of the world 40 years ago. Over the years, you have never cease to serve French interests. Thanks to your knowledge of local cultures, you have developed the friendly relationship necessary for investments, tourism and languages to flourish.”

France-Malaysia ties continue to strengthen, the Ambassador said, adding the number of French nationals living in Malaysia was increasing -- about 3,500 today -- while French tourists who came here last year amounted to 120,000. While in Kuching, Dorance met with the Chief Minister Tan Sri Adenan Satem and representatives of chambers of commerce and industries.

Taking over the duty of Honorary Consul of France in Sarawak is Brigitte’s daughter Audry Wan Ullok, who received her Certificate of Appointment during the ceremony. 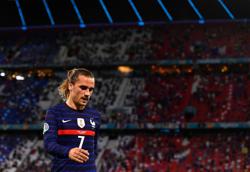