Online public voting for the best roti canai kicks off

There are many style in preparing the roti canai however a good roti should be not so thick but as the same time not so thin.

What is a good roti canai?

For award-winning Chef Zubir Zain, a good roti canai should not be too thick or too thin.

“It must have a brownish texture, with a flaky and crispy taste on the outside while being soft inside.”

He said the roti should also be easy to eat. 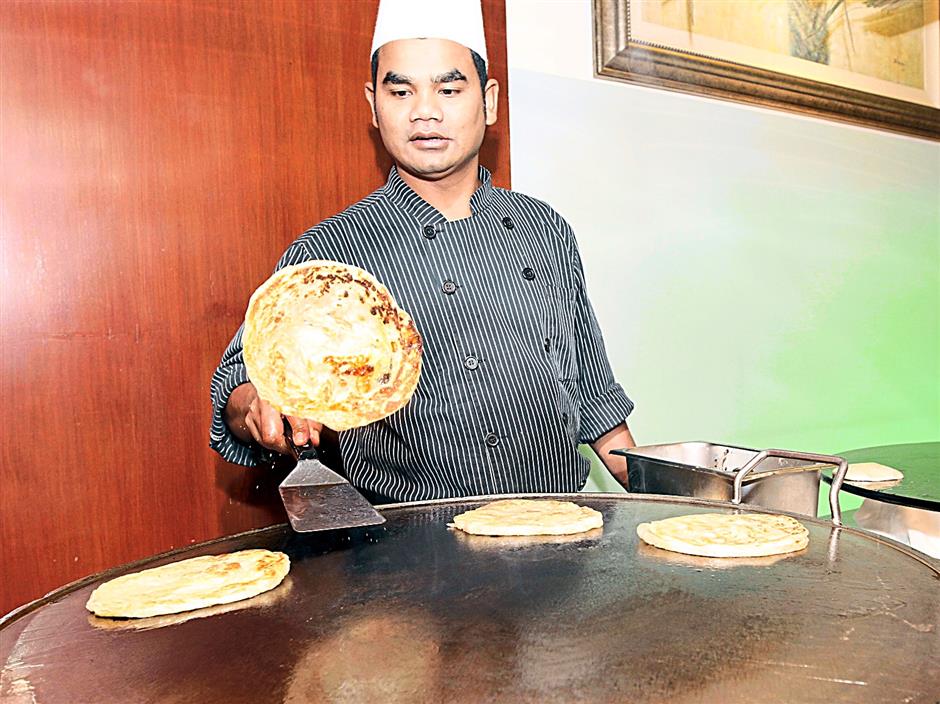 A good roti canai has to be crispy on the outside and soft inside.

So, to determine the winner of the Star People’s Food Awards’ Roti Canai category this month, the public must vote for the nominees that have made it to the top 10 list.

The online public voting opened yesterday and will end on the last day of the month. Chef Zubir Zain says a roti canai should be easy to eat.

The Star executive editor Brian Martin said despite the endorsements, it was the voting that would determine the ultimate winner.

To vote, the public can log on to the Awards’ Facebook page, click on “Open for Voting” and vote for any three of their favourite eateries.

The online voting is live, where scores are automatically tallied and can be instantly viewed.

Those who have made their nominations also stand a chance to win hotel stays and dining vouchers at five-star establishments.

The details of the awards are available on The Star People’s Food Awards’ webpage at www.mob.com.my.

The Star People’s Food Awards is hosted by MOB, The Star’s citizen journalism.