THE history etched on the grounds of the former Pudu Prison, which was built in 1895, will soon become a distant memory as the site is slated for a mixed commercial development.

With only its facade and two pillars left intact, Pudu Prison is now surrounded by metal hoarding, replacing one of the prominent features of the prison — the mural on its outer walls painted by former inmate Khong Yen Chong in the early 1980s.

All types of stories and photographs of the prison along Jalan Hang Tuah (formerly known as Jalan Shaw) have been shared through the generations as old-timers reminisced the days they grew up or worked near the prison.

Tailor Cheong Chin Hin, 74, has been staying in the nearby Hang Tuah PPR flats for more than 40 years and has had his fair share of experiences growing up with a view of the prison.

He said he could clearly see things happening inside the prison from his corner unit.

“Fights were common among the prisoners and sometimes, we would catch a glimpse of the prisoners bathing together in a pool” he said.

“I have been working as a tailor here since 1971 and I used to hang out in Sungei Wang shopping centre and other nearby areas.

“Once, when I was walking back after a midnight movie, I heard painful cries from inside the prison.

“I don’t know whether my mind was playing tricks on me but passing the prison always sent chills down my spine,” he said.

Cheong also recalled a conversation with a neighbour who worked in the prison.

“Whenever I asked about his experiences working there, he always replied grimly that it was not a pleasant place to work.

“However, that was more than 20 years ago and he has since relocated,” Cheong said, adding that the redevelopment benefited the public and the area would not be left idle.

Another resident, B. Perkas, 32, said he had seen prisoners being punished when he was young.

“From my unit, I could see prisoners walking around the prison and sometimes, they were being caned by the wardens.

“I was unperturbed by the commotion back then but it was not a suitable sight for a child,” he said. 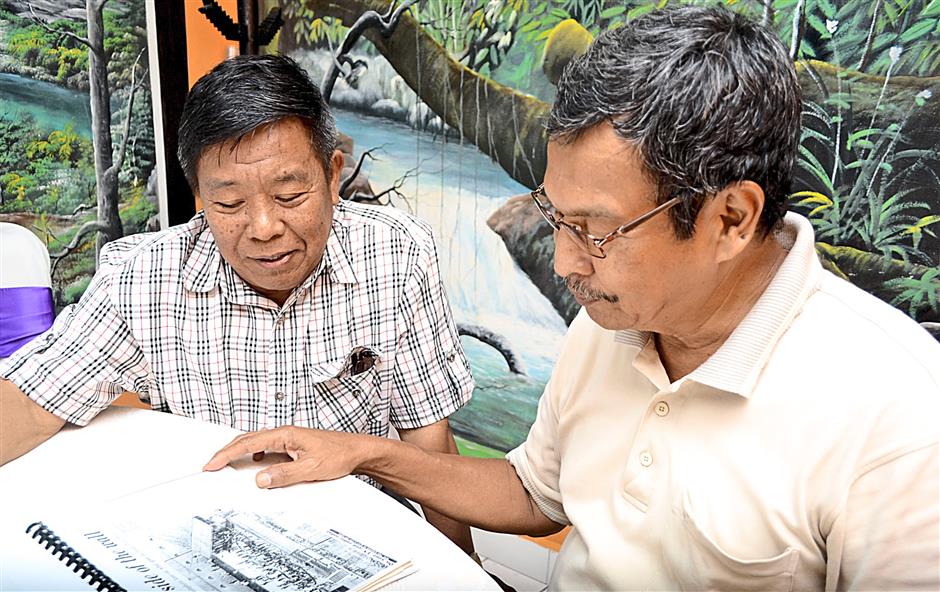 Ex- officers Md. Sabri (right) and Zainul reminiscing the days they were working in Pudu Prison, while looking through a newspaper clipping.

Another resident who only wanted to be known as Chan, 60, shared Perkas’ sentiments.

“Prisons are meant to be built outside the city as it is not suitable in a highly-populated area.

“I believe that the redevelopment of the former Pudu Prison will bring a new lease of life to the area,” he said.

Working in the prison

Former prison officers Zainul Mustaffa and Md. Sabri Ismail knew every nook and cranny of Pudu Prison as they spent more than 20 years working there.

When met by StarMetro, both old timers shared their experiences working there and sometimes giggled at the memories.

Sabri said the 800-capacity Pudu Prison was often overcrowded, to the extent of housing more than 6,000 inmates at one point.

“With the population and crime increasing over the years, Pudu Prison was the only place in the Klang Valley to house the inmates before the Sungai Buloh and Kajang prisons were built,” he said.

As a warden back then, Sabri was tasked with various responsibilities ranging from escorting prisoners to guarding the library or hospitals and dispersing riots and fights. 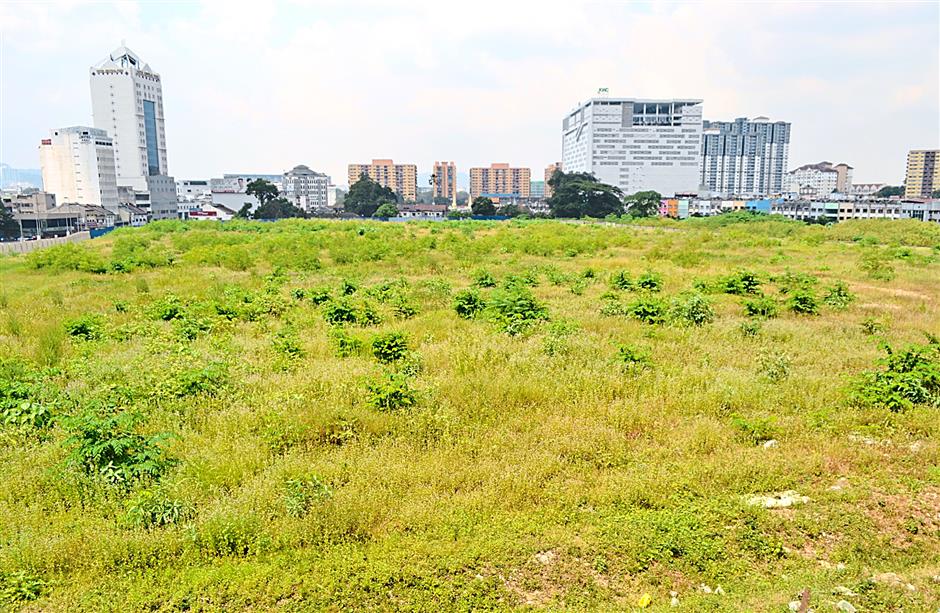 The land which Pudu Prison was built on is now an empty field.

“During fights and riots, we have to step in to separate them from hurting each other for the other inmates’ safety.

“We had to stay vigilant constantly. One of my most unforgettable experiences was nabbing an escaped prisoner hiding in a salon in Pasar Seni while I was off duty.

“We had been looking for him for two months and I recognised him instantly,” Sabri said, adding that his efforts in apprehending the escaped prisoner had been rewarded with a ‘Good Conduct’ award from the Prison Department.

Sabri also shared the unusual silence during the night and some of his unexplained encounters while on the night shift.

“The whole prison was quiet and one could easily hear a pin drop at around midnight.

“While doing my duty at the gallows, I have seen some eerie sights and I once thought I saw a toyol (small ghoul) running through the area,” he said.

The incident happened on Oct 17, 1986, when six prisoners held a laboratory technician and a doctor hostage.

“I was on duty at the gallows as a replacement for another officer when I was told that our in-house doctor and laboratory technician had been taken hostage.

“Upon rushing to the scene, the entrance to the hospital had been barred with tables and chairs. One of the prisoners instructed me not to try and enter while demanding to speak to my senior officers.

“Despite having a master key in hand, I did not dare enter and went to alert the others. The experience was terrifying and there were goose bumps on my hands.

“We set a perimeter around the scene and the Malaysian police counter-terrorism Special Actions Unit (UTK) took over the case.

“It was settled after six days of negotiation when the UTK officers stormed the building and rescued the hostages with no bloodshed,” he said.

That experience aside, Zainul has also experienced some joyful and heart-wrenching moments during his 24 years of duties.

“During a prisoner’s last visit with the family before facing the death penalty, they would usually hug each other and cry.

“It brought tears to my eyes to see the family having to face such a hard time in life,” he said.

Pudu Prison was closed on Nov 1, 1996, and the land taken over by the Urban Planning Authority (UDA) for development.

All the inmates were then moved to the new Sungai Buloh prison.

In 1997, Pudu Prison was opened for a short while for public tours of its cells and viewing of its facilities. Cheong: Fights were common among the prisoners and sometimes, we would catch a glimpse of the prisoners bathing together in a pool.

It was also used as a temporary lock-up for drug suspects for short periods of times for them to carry out urine tests before it was closed and the whole prison complex demolished in 2012.