Life is colourful on infamous road

Busy area: The Lorong Haji Taib area is a picture of hustle and bustle during the day, much to the spirit of the enterprising tradesman the area was named after. Industrious tradesman: Haji Mohamed Taib bin Haji Abdul Samad (1858 - 1925), with his diligent and enterprising spirit had made himself one of the richest Malays in Kuala Lumpur in his time. (Photo from the Internet) Second-hand haul: Jalan Haji Taib is closed every evening to make way for this Bundle Market. Wholesale centre: The shops in Lorong Haji Taib are mostly in the wholesale business offering accessories, toys and fruits among others.

THE mention of Lorong Haji Taib is likely to make one cringe. The area is often regarded as the darkest street in Kuala Lumpur because of its unsavoury activities over the many years.

However, the main road and its five lanes named after a tycoon from the 19th century, did not start out that way.

Kuala Lumpur City Hall (DBKL) is trying hard to help this area shed its negative image and their efforts in recent years to clean up the area have brought about slight improvement.

So who is the man known as Haji Taib?

According to records, Haji Mohamed Taib Abdul Samad (1858-1925) migrated to Kuala Lumpur in 1876 and worked his way to become one of the wealthiest Malays in his time.

The tradesman, who has Minangkabau heritage, was an important person in the early development of Kampung Baru. He owned tin mines, plantation land and large numbers of houses and shops mostly in Malay Street (Jalan Melayu).

He had 10 children — six sons and four daughters. 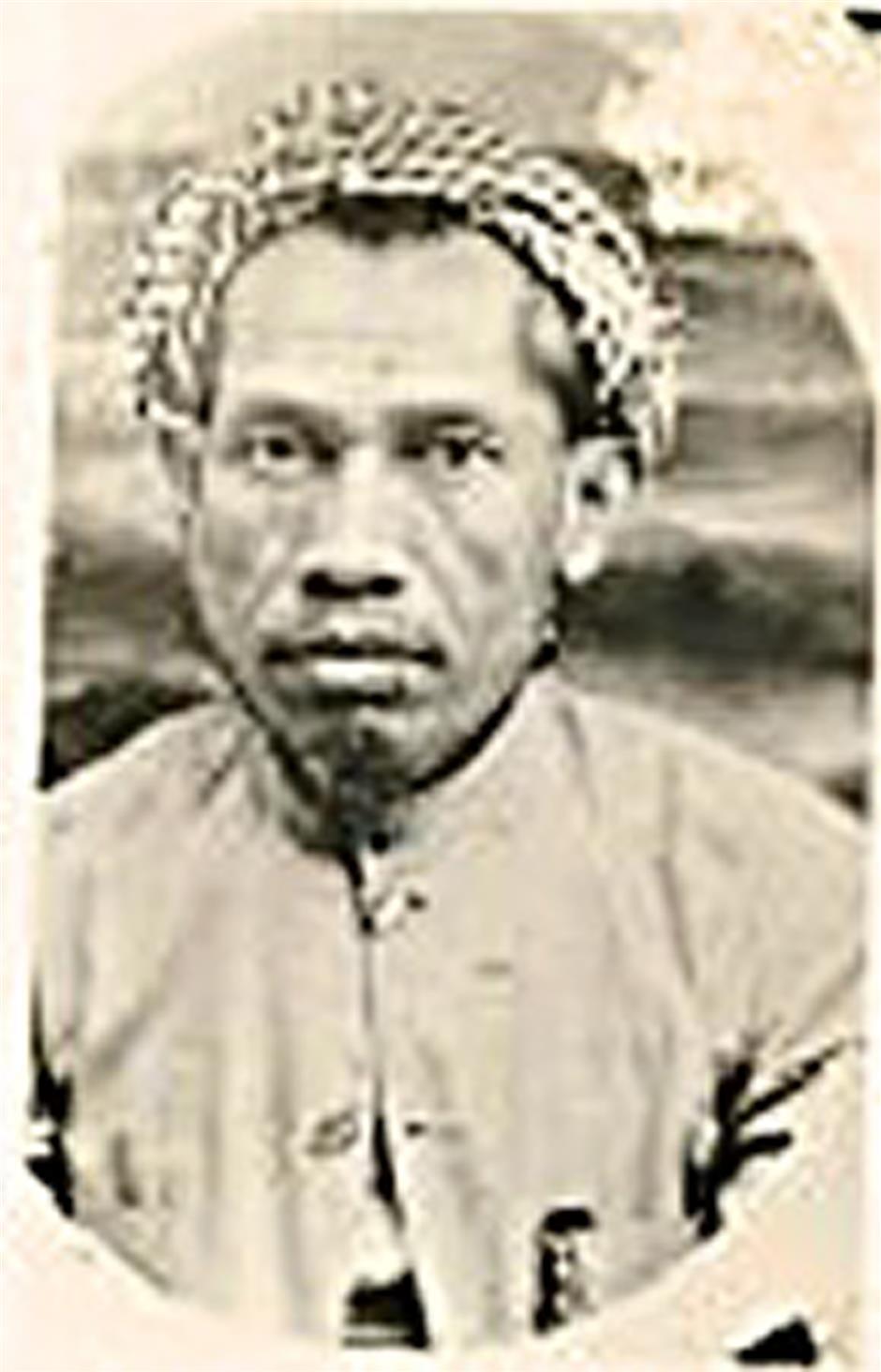 Haji Mohamed Taib Abdul Samad (1858 - 1925), with his diligent and enterprising spirit, had made himself one of the richest Malays in Kuala Lumpur in his time. (Photo from the Internet)

Holding on to the Minangkabau values and traditions of entrepreneurship, all his sons were educated in the field and helped him run his business.

They had also opened branches of their business in their ancestral hometown, Minangkabau in Sumatera.

I visited Jalan Haji Taib and its surrounding streets late one evening, hoping to speak to a local denizen who is at the core of the area’s reality.

As the sky turned dark, workers and traders at the Plaza GM wholesale centre and the many accessories wholesale stores in the vicinity rushed to call it a day.

The scene of hustle and bustle was quite in the enterprising and diligent spirit of Haji Taib himself, showing the grassroots’ unwavering will to better their lives. 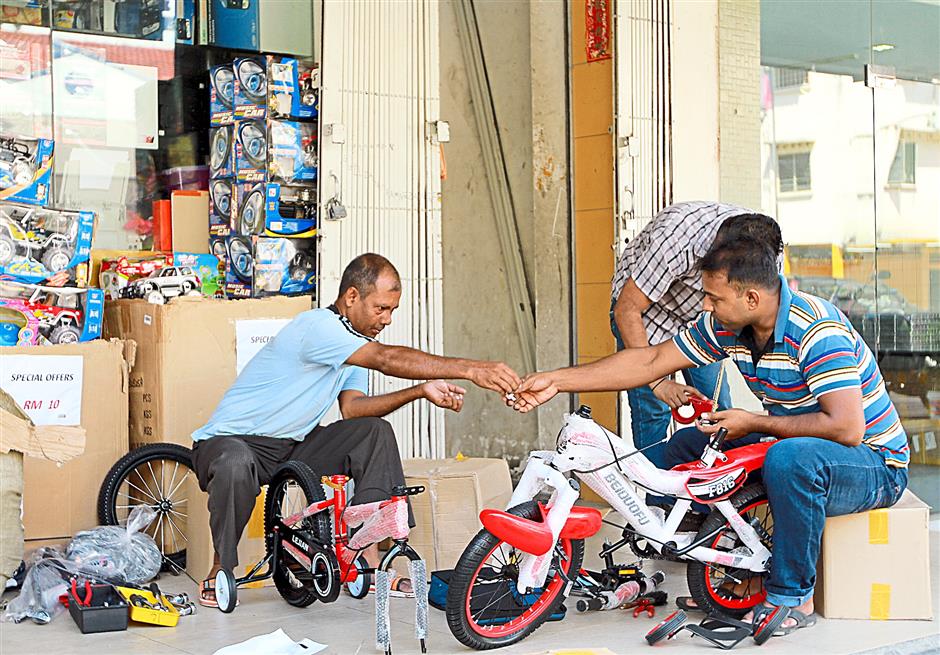 The shops in the Haji Taib lanes are mostly in the wholesale business offering accessories, toys and fruits, among other things.

When those activities cooled down, scantily dressed transvestites were seen slowly appearing in front of the dingy stairways, their eyes darting here and there, looking out for potential customers.

I approached one of them, introducing myself as a writer who wanted to know more about this place.

Her readiness to talk surprised me, and I suggested going to one of the nearby mamak stalls.

With a cigarette between her trembling fingers, the 29-year-old admitted to being nervous but soon told me a lot about the place.

There are more than 50 transvestite sex workers in the area, mainly in Lorong Haji Taib 1. They occupy most of the four-storey flats, but refuse to “work” in their own rooms and would rather pay to use other vacant rooms.

The sex workers will retire in their 30s, and the youngest among them are just 16. 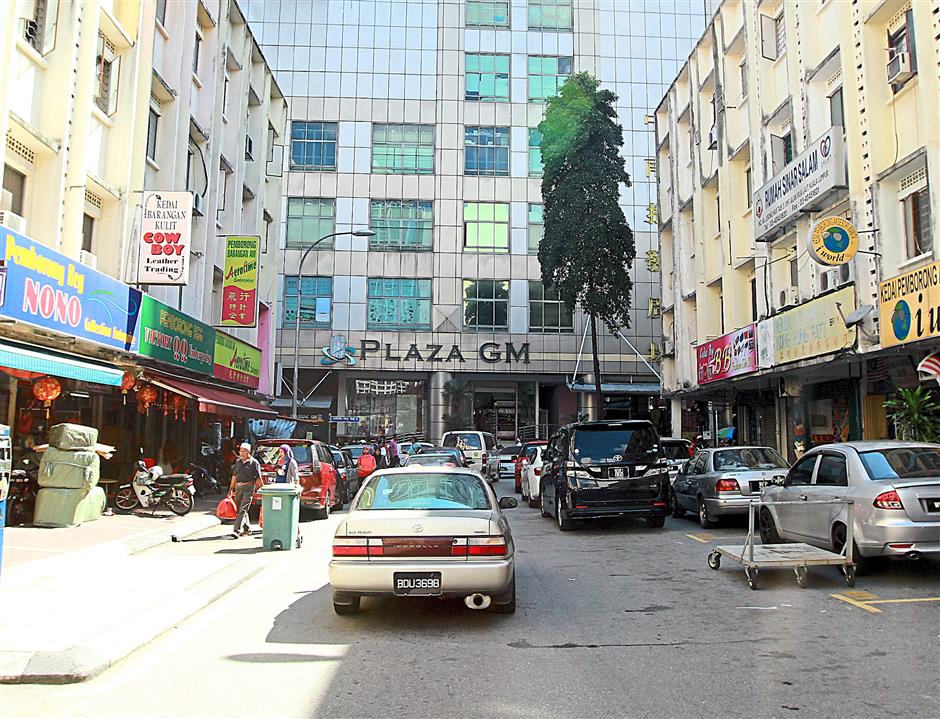 Plaza GM is filled to the brim with all kinds of fashion accessories and apparel traded on wholesale basis.

“Usually, they have family problems, they come here in search of people who can understand them,” she said.

But instead of finding friends here, she said she felt the same kind of rejection she had faced all her life.

“Everybody dislikes me, after all, competition is fierce here,” she said.

Things in the area have not changed much for as long as she remembers. The occupants of the buildings are still running similar businesses.

The most obvious change is perhaps the dwindling number of drug addicts.

They are seldom seen daydreaming in the alleys and five-foot-way like how it was before; perhaps the police station right smack in the middle and local authorities’ efforts have taken effect. 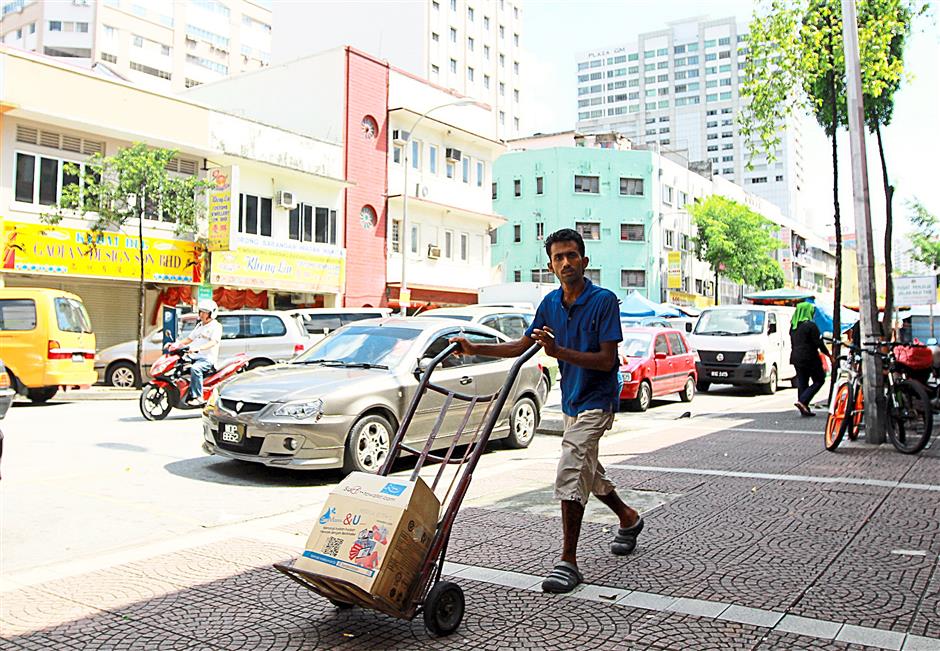 Now there is a bundle market selling used clothes from RM5 upwards. Sewing machines have also been set up here to offer alterations on-site.

Having lived in the nearby Taman Tiong Nam since the 1970s, Lim said the area had traditionally been a magnet for sex workers, drug addicts and peddlers as well as wholesale traders but he could not tell why.

Physically, most of the area looks like how it was back then.

Gangsterism was rife in the 1980s and many locals had to join the triad groups to protect their businesses and families.

The triad groups are no longer active today or have moved on to legal businesses, he said. These days, the area is crowded with immigrants living here.

“We advise our children to buy properties elsewhere while we old folk stay on here as our friends and memories are all here,” he added.

Hopefully the authorities will be able to fully turn the Jalan Haji Taib area around and become one more part of Kuala Lumpur to take pride in, and thereby honour the man whose name it bears.