ARTIST Ernest Zacharevic, renowned for his interactive street art in Penang and more recently in Sarawak, has graced Kuala Lumpur with his largest painting yet.

His latest work is a massive 21m x 25m (69 x 81ft) mural spanning over four storeys high and can be seen against the Wisma Allianz building wall in Jalan Gereja.

The mural depicts a serene kampung scene with a young girl sitting in a sampan that is passing a house on stilts from which a woman stands watching her while a cat takes a nap at the stairs of the house.

The 27-year-old Lithuanian artist said he spent about two weeks painting the mural, starting on April 3 and adding the final touches on April 16.

“This is the biggest painting of mine so far and I’m really proud of it.

“Usually I soak in the environment and paint whatever I see around me. So this project of creating something rural in the heart of KL was quite challenging. 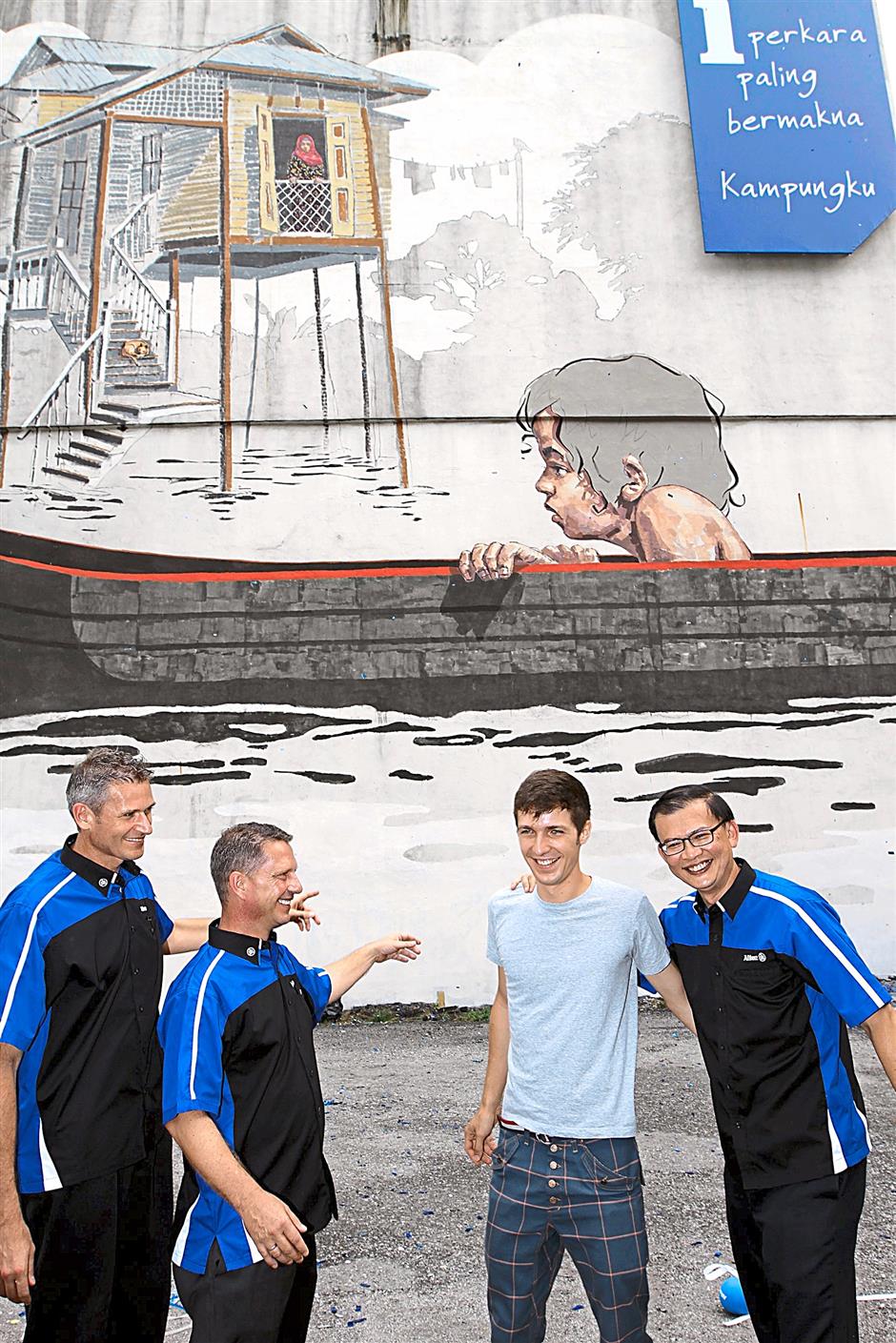 As a result, he travelled to Sarawak last month and visited many areas for inspiration.

“I did my research and this is the result,” he said as he turned towards his masterpiece.

“I was inspired by questions of home. What is home to me? Where is my home?

“The painting is a symbol to remind people of home, to make them think about what home means to them and what it feels like to be away from it,” he said.

Due to the scale of the mural, Zacharevic had rode a skylift to manoeuvre around his giant canvas that was once a decrepit wall.

But the challenges did not end there as Kuala Lumpur was continuously pelted by rain, forcing him to take a few breaks.

Zacharevic’s mural was the centrepiece of a launch event by Allianz General Insurance Company (Malaysia) Berhad for their new product, KampungKu, an insurance plan designed for rural communities.

Allianz General chief executive officer Zakri Khir said those in rural areas are not ruled out from floods or fires and should have adequate protection.

“We want to reach out to people who need the coverage but may not have access to a variety of products like these,” he said in his speech.