FAMILY bonding is the most important thing for a child’s development.

However, developing a strong bond with their children can be challenging for some parents, especially for those who work.

Through Wall’s Scoops of Happiness Campaign, bonding moments between parents and children will be more enjoyable, as Wall’s Selection helps parents to spend quality time with their kids over ice cream and fairy tales.

Unilever (M) Holdings Sdn Bhd Wall’s Ice Cream brand manager Shawn Tan said the campaign was all about inspiring the family to bond over ice cream and stories that were full of fun and enjoyable for the whole family.

“Family bonding is crucial for kids as they grow up. 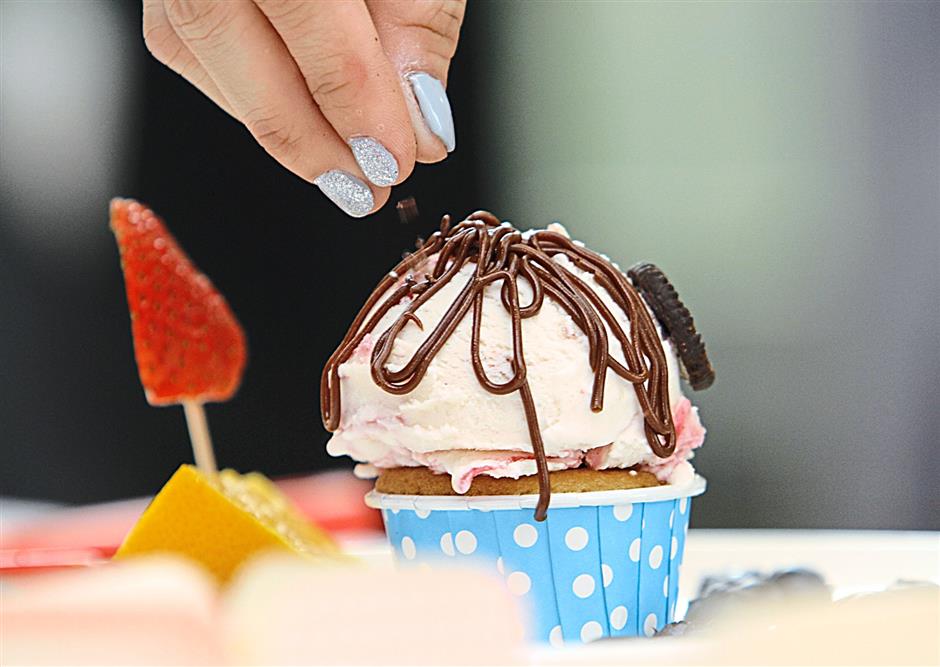 The campaign allows families to bond while being as creative as possible.

In conjunction with the campaign, Wall’s Selection has combined 15 how-to videos and recipes using ice cream and colourful decorations, as well as fruits, in creating their own fairy tales.

It is available for viewing and can be downloaded via www.facebook.com/WallsMalaysia and Youtube channel, Scoops of Happiness.

During its official launch at Publika Solaris Dutamas recently, Wall’s Selection collaborated with Samantha Lee, an online food star who made adorable food art for her two daughters.

Samantha has become a global online sensation and an Instagram star with more than 480,000 followers.

She claimed that her creativity was spurred six years ago to encourage her elder daughter to eat independently in preparation for the arrival of her younger sister.

“My passion is combining food and art to tell a story and, at the same time, make the children happy.

“I am glad to be part of the Wall’s Scoops of Happiness campaign as it promotes healthy family values and family bonding.

“It is also about telling stories that bring joy,” she said.

To showcase recipes from Wall’s Collection, Samantha demonstrated three colourful and appealing creations to members of the media.

She used Wall’s Collection and a variety of edible decorations, fruits, chocolates sauce and icing to make it more attractive.

The three creations were inspired by the movies loved by children, namely Chinese Warrior, Pirates of the Carribean and The Ice Princess & The Snowman.

All of her creations can be viewed on her Instagram account (leesamantha) from May 9, and her recipes can be found on www.facebook.com/iamleesamantha.

At the launch, media members as well as celebrity mums Sazzy Falak and Dynaz Mokthar also took the opportunity to participate in the ice cream creation workshop.

Wall’s Selection is launching a nationwide Facebook contest called “Taste Joy in Disneyland with Wall’s” from now till June 27.

Participants need to watch the ‘Scoops of Happiness’ video and create their own Wall’s Selection ice cream story with a short caption to describe their creations.

There will be one weekly winner for seven consecutive weeks and they will be selected based on public votes.

The weekly winner will win a family package to Legoland.

The grand-prize winner, who will be chosen by a panel of judges from Unilever, stands to win a family package to Disneyland in Paris.