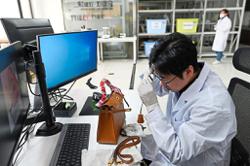 THE spirit of ‘Pop Yeh Yeh’ is alive and well in the heart of Kuala Lumpur, thanks to BOH Plantations and Kakiseni’s #inSENItea pop-up store at Pavilion, Bukit Bintang.

The #inSENItea campaign includes many fun activities to help raise awareness of the performing arts and this year’s awards, which will be held at Stadium Negara on Sunday.

Onlookers had the chance to share a cup of tea at the Pop-up Store and view nostalgic videos from the ‘Pop Yeh Yeh’ era. There were other fun things to see such as a vintage Volvo 122 which curious patrons were able to sit in and listen to‘Pop Yeh Yeh’ songs as well the theme song Inspirasi, composed by Malaysian artiste Amir Jahari for this year’s BOH Cameronian Arts Awards.

Kakiseni president, Low Ngai Yuen shared, “The pop-up store is one of the initiatives that BOH and Kakiseni have undertaken in order to pay tribute to one of our most influential periods of the Malaysian Performing Arts. #inSENItea represents a unique platform to interact with the public in order to drive awareness and appreciation of our performing arts industry.”

“The public will be able to redeem #inSENItea merchandise such as T-shirts and mugs, as well as free tickets to the 11th BOH Cameronian Arts Awards night at the pop-up store upon purchase of selected BOH products. We want to ‘share the Ummph!’ of the performing arts with members of the public, so we urge everyone to visit the store and participate in the many activities there,” said BOH Plantations Sdn Bhd marketing and export head Chen Chaw Chang. 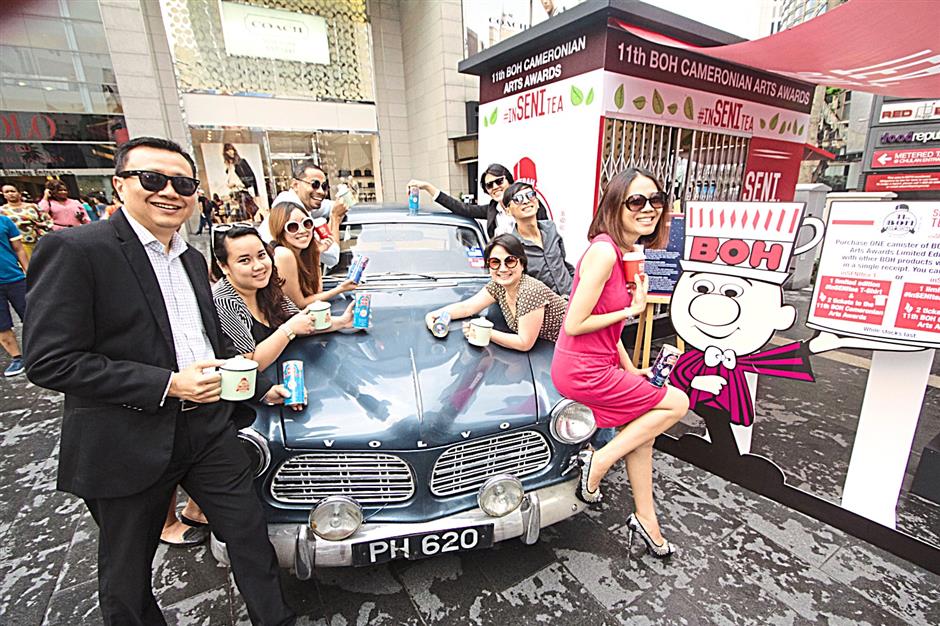 Chen (left), Low (right) and coorganisers of the campaign having fun at the # inSENItea Popup Store at KL Pavilion

The #inSENItea campaign, with its on-ground activities, will continue on Saturday, the eve of the 11th BOH Cameronian Arts Awards.