MANY of us do not realise it but we waste water every day from the minute we wake up. The recent water crisis and rationing in Selangor and parts of Kuala Lumpur has forced us to realise the importance of water and using it wisely.

The fourth phase of water rationing began on April 4 and affects 1,340,231 households or 6.7mil people in the Klang Valley.

Selangor Water Management Authority (Luas) director Md Khairi Selamat said in spite of the rationing, water usage had not gone down by much.

“We thought consumers would use less water and we could save more water for the dams but there was only a 7% reduction in usage,” said Md Khairi, adding that many people might have been storing water excessively.

He added that consumers must learn to change their water usage habits. He said water could be saved through various means including watering plants and washing cars less often.

The Water and Energy Consumer Association of Malaysia (Wecam) said, an average Malaysian needs only about 212 litres of water per day.

However, many do not realise their daily habits could result in a lot of wastage. Wecam said something a simple as allowing the tap to run for a minute while brushing teeth could was up to 6l of water, which is six large bottles of mineral water.

“Water is also wasted by bathing in a tub instead of taking a short shower,

“Some also use treated water to flush their toilets or wash their cars with a spray hose instead of using water buckets,” Wecam secretary-general Foon Weng Lian said.

Foon said said the organisation had, over the years, organised various programmes to educate the younger generation but there was still a long way to go.

“Wecam not only focuses on water conservation in particular but also looks at energy wastage as a whole,” he said.

Among the campaigns that had seen positive support from the public were the Switch! Campaign introduced in 2009 which was aimed at promoting energy efficiency, the National Water Conservation Campaign and the most recent event, the Thirsty Runner, where the public not only got the opportunity to run a race but also learn how water was important to them.

“It is not enough as we need to do more and reach out to more people,” said Foon, who is an environmentalist.

Rainwater harvesting is not new but many do not practise it for fear of being seen as cheapskates by their neighbours.

“Not collecting rainwater is equivalent to wasting water,” said EcoKnights president Yasmin Rasyid, who added that the harvested water could be used to clean the porch or channelled to the toilet flush system.

Yasmin said she did not mind being affected by the water rationing as she can enforce her ‘water laws’ at home more easily. 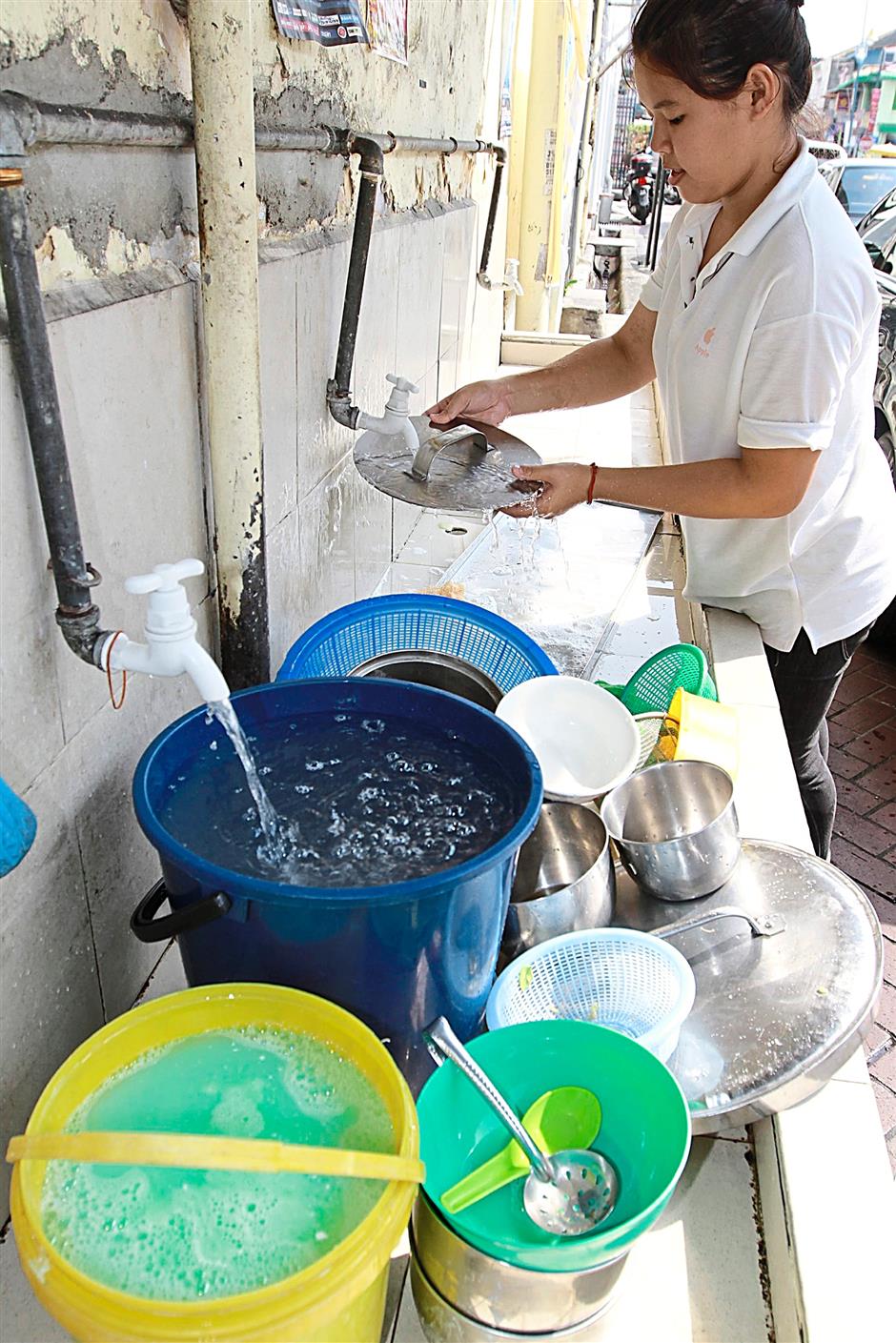 A food outlet worker washing utensil using a running tap instead of a pail of water.

However, she was sad that Malaysians had to experience the crisis and hoped that it will teach them to be more sustainable with water management.

She said EcoKnights hoped that Malaysians will adopt positive water usage habits not just during a water crisis.

“We include water as a big subject in many of our youth-based activities,” said Yasmin.

She said that for the Knights of Nature Sustainability Camp series, which was organised in Universiti Utara Malaysia, had given the students an insight to how much water was wasted on campus alone.

“We showed them details on the university’s water usage, including the water bills. They soon realised the huge amount the university spent on water and that they were using a lot of water, almost double the global average for usage,” she said.

She explained that EcoKnights then gave the students a chance to come up with creative and innovative solutions to reduce water wastage on campus. A worker watering the plants at the Penang Municipal Park in Georgetown. Harvested rainwater should be used to water plants.-Filepic

According to her, the approach had always been grassroots-based but EcoKnights still faced challenges.

“Our target audience is the younger generation. We hope to raise a generation of wiser water users, which is why we focus on the young instead of the old. After all, they do say that old habits die hard,” Yasmin said.

In Petaling Jaya, the city council has enforced a list of green criterion for all new developments before the green light is given for the project.

The conditions are a rainwater harvesting system, green building index (GBI) compliance, use of light emitting diode (LED) lamps, eco-friendly development manual (Masma) specifications and a landscape area of about 10% to 15% of the total development area.

“Although the flow is less, it gives the same washing effect,” said Tan, whose developments Ken Bangsar and Ken Rimba have rainwater harvesting tanks for each unit.

Some of the StarMetro team have decided to pledge their support for the cause and will be taking steps to ensure that they use water wisely.

·Shower once a day or less unless necessary - Noel Foo

·Limit house cleaning to once a week - Bruce Lee

·Wash my car less frequently, I have not washed it since the rationing started - Yip Yoke Teng

·Wash my clothes once a week - Joy Lee