Hands-on experience in building a house

IT WAS a life-changing experience for 34 Universiti Putra Malaysia (UPM) students when they were given the opportunity to build a wooden house for a resident in an orang asli settlement in Bukit Jenuk, Dengkil, recently.

Under the supervision of volunteers from local NGO Insaf Technical Relief Malaysia (Insaf), the Faculty of Civil Engineering students had first-hand exposure in building and also in volunteer work through the Good Day Out project under Star Publications (M) Bhd’s Do Good Volunteer initiative.

Insaf Malaysia founder and president Ishak Abdul Kadir said the undergraduates were given a 30-minute briefing on Insaf’s ‘Program Amal Tampal Rumah’ before being divided into groups.

“The undergraduates were divided into four clusters — food, wash (water sanitation and hygiene), shelter and medical — and assigned various responsibilities.

‘They then set up tents and built a kitchen,” said Ishak when met at the site.

The following day, the students woke as early as 7am and starting building the house for 64-year-old Mantah Anak Ayap and his family. 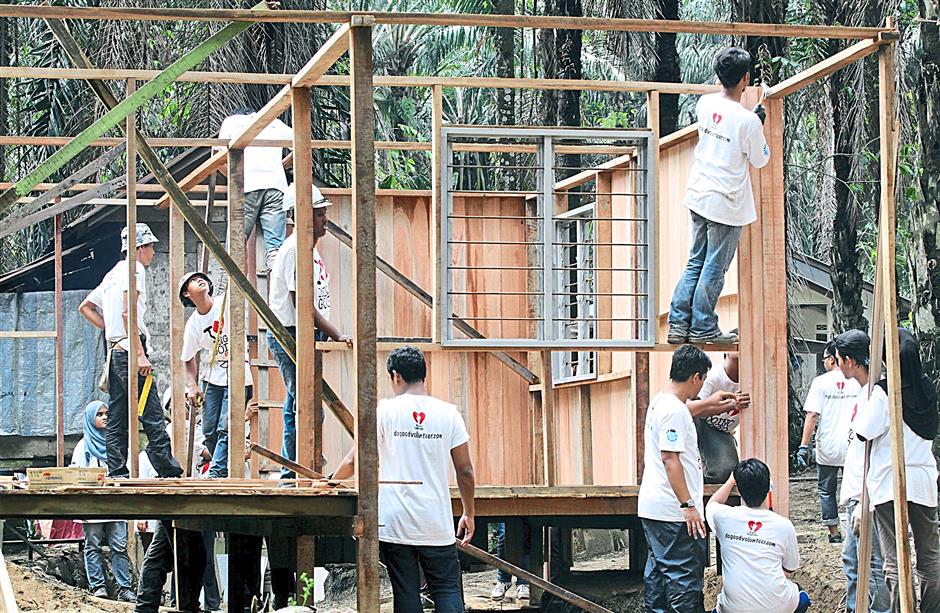 Volunteers working hard to get the house ready.

“The students worked in their clusters and rotated every two hours, enabling them to have good exposure to each cluster.

He explained that Insaf got the idea for the programme through a similar initiative in Jakarta where a group of university students were reconstructing homes for the residents there. In Jakarta, the programme is referred to as ‘Pecah Rumah’.

“The four clusters were adopted from the United Nations Cluster System and our goal was to promote humanitarian values and provide disaster response,” said Ishak, adding that this was the second time it worked with undergraduates to rebuild homes for the orang asli.

Insaf had previously worked with a group of Universiti Teknologi Mara (UiTM) students to rebuild an orang asli house in Kampung Gumum, Pahang. 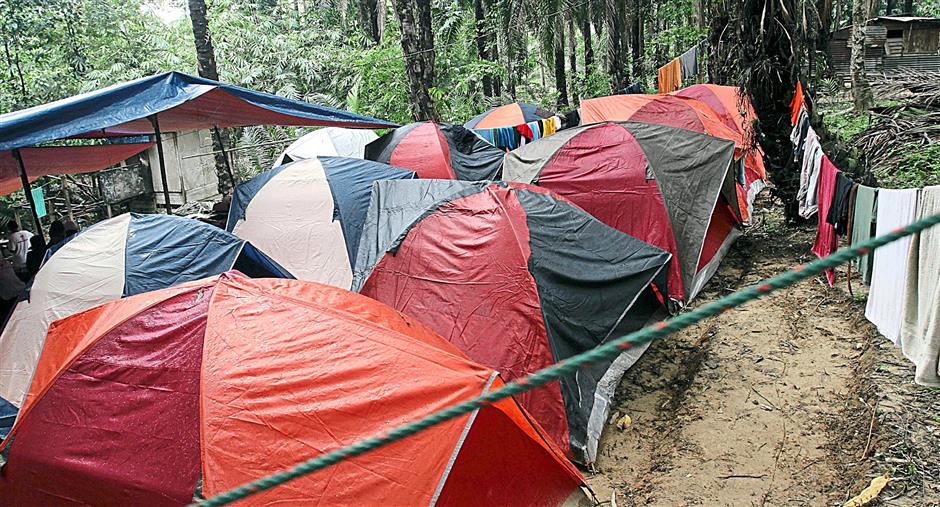 Ishak said the experience was an eye-opener for the undergraduate students who had not had any exposure to community or volunteer work.

“It is important for the next generation to know what volunteerism is all about. To reach out to those in need is something that we should cultivate among the young.

“For the volunteers, they not only go home with an additional skill, but also learn to work as a family and be self-sufficient,” he explained, urging more multinational organisations to come forward with funds to initiate such projects and sponsor students for a heart-warming experience.

Faiz Mohd Rasid, a second-year student from the Civil Engineering Faculty, said he was privileged to be selected for the programme.

“Although I have been to an orang asli settlement before, this is a life-changing experience for me as I am involved as a volunteer and it is really awesome to be able to give back to the community.

“Thanks to Insaf, I now know how to build a wooden house with my bare hands,” said the 21-year-old, adding that despite the rainy weather and the lack of electricity and water supply in the area, they had managed to continue work on building the wooden house.

Faiz, who was the student head for the project, aspires to be involved in more volunteer programmes such as this and wants to encourage his fellow students to be volunteers. He thanked The Star for sponsoring him.

“When I arrived at the settlement, I did not expect it to be in such a state. The houses were mere shacks that the orang asli built with their own hands. There was no electricity or water supply in the area and they still live here, despite the conditions. I should be very thankful for what I have at home

“I am privileged to be sponsored for the programme and I have learnt additional live-skills, thanks to Insaf,” said Siti with a smile, adding that she had really enjoyed the two-and-a-half day programme.

On the second day, the students were already six hours ahead of schedule. The pillars and part of the walls were already up at about 4.30pm.

According to Ishak, the roof works would be completed by an experienced contractor as it was too risky for the students to handle the task.

Formed in 2008, Insaf means awareness to respect, help and care for others, regardless of their race, religion or political allegiance. It is the only NGO in Malaysia with expertise in providing technical relief in disaster areas.

This first home built marks the launch of The Star media group’s Employee Volunteer Programme, which will see the employees building another seven homes for the orang asli community in Kampung Orang Asli, Bukit Jenuk, Dengkil.