GREEN is the new black, but unlike fashion trends that come and go, this trend among the construction fraternity seems to be here to stay.

“Greening” buildings has become more popular and affordable, the latter being a key to encouraging its wider practice.

According to the Green Building Index (GBI), a green building is achieved when six key criteria are met — energy-efficiency, indoor environmental quality, sustainable site planning and management, materials and resources as well as water efficiency and innovation.

In the past few years, prices of equipment and materials for an eco-friendly building have dropped since they are now locally available.

This makes it not only feasible for property owners to have an eco-friendly building but also cost-saving over the long term. 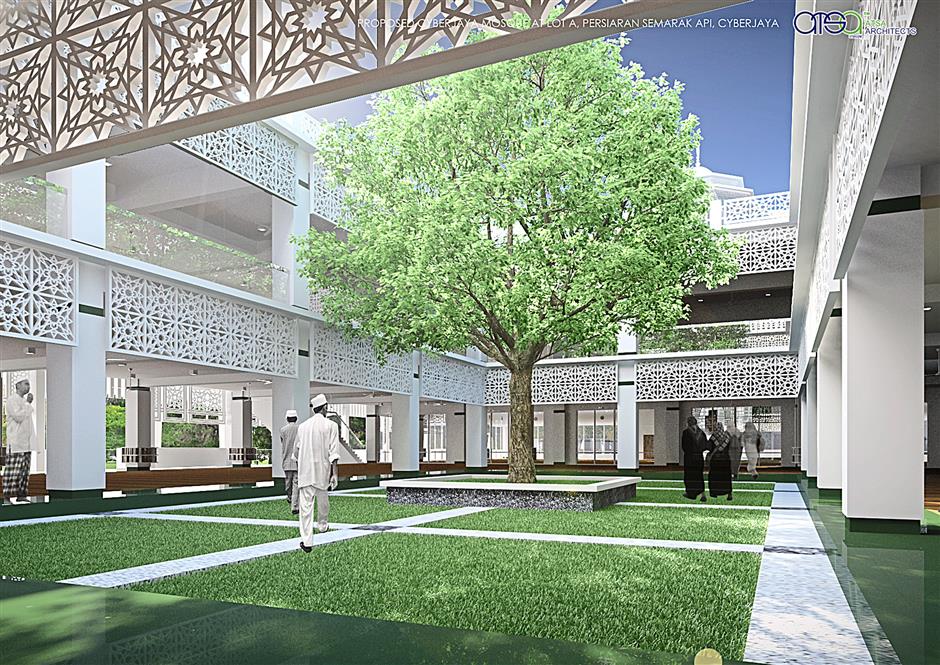 [An artist's impression of the green mosque being built in Cyberjaya. Beyond the main prayer hall is an open courtyard that will provide natural light into the deeper part of the building.


“When I built my house almost four years ago, I had to source for low-emissivity (Low-E) laminated glazed windows and doors overseas because none was available locally.

“These days, however, not only can you get them here but there are other types available such as double and even triple-glazing,” said architect Dr Tan Loke Mun, a well-known resident of Section 11, Petaling Jaya.

His house, with its unique design, is often in the news. It won the Green Building Index (GBI) platinum certification in 2010, the highest attainable in the country.

Its concept is that of a tree with a large canopy that shelters the living space beneath, that is further cooled through elements such as building orientation, insulated roof with additional ventilated ceiling space, green creepers to shade the side of the house, adjustable cross-ventilated living spaces and wind turbines.

Apart from residential and commercial projects, many have started to realise that going green for ground-up developments is the natural direction to take.

SJK (C) Lai Ming in Bukit Jalil, which was newly relocated from its former prime location in Jalan Ampang, is a fine example of an educational establishment adopting the green method.

The new school building sits on a 2.22ha site and aims to be GBI certified, said the school’s board of directors chairman Ng Beh Tong.

“We believe it is everyone’s responsibility to try to save the environment and by doing this, we also educate and create early awareness among the pupils on this subject,” he said.

In Malaysia, there is no mandatory requirement for new developments to go green, unlike Singapore and other developed countries.

Most organisations, like SJK (C) Lai Ming, do it for the operational cost savings in the long run.

Ng said although eco-friendly features were introduced to save cost, they expected their monthly expenses to increase largely due to air-conditioning as the the new school was bigger compared to the old one.

He said the administration had done as much as they could to keep the school energy-efficient, short of reducing the comfort of the pupils and staff.

“This is achieved by having a central air-conditioning system that can be controlled individually from the rooms.

“We hope teachers will use it wisely and only when necessary,” he said, adding that the building’s temperature would also be kept down through good building design that allowed cross ventilation.

Ng said that among other elements helping to achieve their goal was the space incorporated under the roof for ventilation while longer overhangs and permanent outer window shades reduced heat gain through the windows.

He said these and a rainwater harvesting system as well as a number of other special features contributed to an additional construction cost of between 5% and 10%. 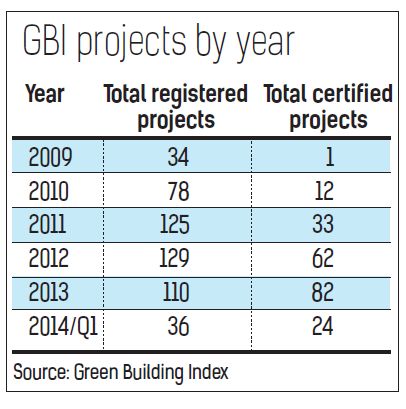 Based on responses from property owners, this is a figure they are generally comfortable with when mulling over creating an eco-friendly building.

ATSA Architects chief executive officer Azim A. Aziz said in this day and age, going green might even result in additional revenue, citing a project they were currently working on — the first green mosque in Malaysia.

The mosque in Cyberjaya is aiming for platinum certification.

One of its innovative elements is the use of solar panels on its roof.

Although solar panels may seem common, ATSA has built it as such that they double as a shade for Muslims to pray on the roof.

The real value of the panels will be in the electricity it is able to generate. It can be fed into the national grid for additional income.

Like most other mosques, this one also features a dome but this will be built using double-glazed glass with space for heat, with the help of a large extractor fan, to escape.

“There are many things one can do without hiring an expert or structurally changing a building or house.

“Books are a good source of knowledge. There are also other factors one can observe in everyday life, such as recycling and separating trash that contributes to GBI-rating points,” he said.

Azim said green practices were not as new as we think, citing examples of mosques built in the pre-1990s.

“Those were not air-conditioned and built to have good cross ventilation.

“In some surau in the kampung, rainwater is collected in containers that is used for washing before prayers,” he said.

Love it or hate it, embracing the green building concept and adopting eco-friendly ways may not be a matter of individual choice soon as policies or laws may come into play. However, more likely than not, people may be forced to adopt greener ways simply because of the rising cost of living.

> GBI was incorporated in February 2009 and is a wholly-owned subsidiary of Malaysian Institute of Architects (PAM) and the Association of Consulting Engineers Malaysia (ACEM) to administrate GBI accreditation and training of GBI facilitators as well as certifiers. Its rating tools, which can be used as guidelines, is available online for free. 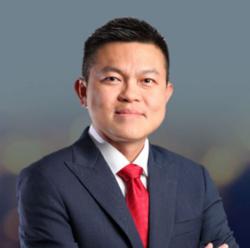 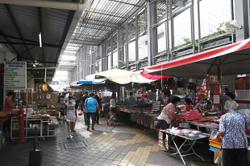