MALAYSIA has traditionally been a tea-drinking nation but coffee culture has caught on in the local beverage market.

Coffee outlets have noticeably mushroomed in cities and towns over the last few years and a hot cup of coffee is gaining strong traction, particularly among the young and professionals.

But even as more players enter the local coffee market, long-standing traditional brands such as Nescafe say competition is yet to be a cause for concern.

“Coffee does not have the highest penetration rate in the local beverages market but it is a strong second or third segment. Household penetration is about 65% and it is growing.

“In comparison, beverages like carbonated soft drinks and Milo, for example, have a much higher household penetration than coffee.

“So, you will have other segments that are about 80% penetration. Coffee is on the high side of penetration, but it is not number one,” he explained.

Nescafe, a brand under Nestle, has been in Malaysia since 1948 and its presence in Malaysia has been growing steadily over the decades.

Last year, it was reported that Malaysians consumed some six million cups of Nescafe a day.

Consequently, Sherif notes that Nestle has a lion’s share of the local beverage market thanks to its wide beverage portfolio.

Under its Nescafe brand, the group also has a variety of products including its Classic range and Premium products that help establish the brand as a key player in the coffee market.

“Nestle products hold 60% share of the local beverage market. We are number one and it is not easy for our competitors to catch up,” he said.

Growing out of home

Nescafe is perhaps better known in the household segment.

Previously, coffee was mainly consumed at home and it is not uncommon to have a container of Nescafe’s soluble coffee in a home, ready for a family’s morning drink.

But the rapid growth in the number of coffee outlets has increased the out-of-home consumption, opening another seg-ment of growth for the coffee market.

“Coffee is growing very quickly as a Malaysian culture.

“A lot of it is happening out of home, in the coffee shops and this has influenced on how we drink coffee at home.”

Drinking coffee, especially among the younger generation, said Sherif, is now a lifestyle.

“It is definitely getting a lot of traction. And this is helping a transformation to a more coffee world.”

The potential of the out-of-home segment is obvious as established chains such as Starbucks and Coffee Bean and Tea Leaf as well as a multitude of other artisan coffee houses are opening up every other day.

And yet, players noted, it is still not a saturated market.

“The out-of-home and household markets are not competing segments because of the nature of the moment and place it is served,” he said.

Nonetheless, Nescafe is not about to lose out in the growing out-of-home segment.

While Nescafe may not have a physical outlet of its own, Sherif noted that Nescafe provided coffee machines and solutions for entrepreneurs and coffeeshop owners, which gives it a foothold in the out-of-home market.

The varieties provided by Nescafe are similar to those available at regular coffee shops, he said.

Additionally, Nescafe has its Dolce Gusto range that brings the coffee experience into homes, which gives the brand further leverage on the coffee culture.

“The out-of-home is a very important way of shaping coffee habit. And it is an important market. We are embracing it with these solutions,” Sherif said.

Nescafe is also working on a project to set up its own pop-up kiosks.

Its first kiosk has been operating for about a month now and Sherif believes the project will progress well to further grow its presence in the out-of-home segment.

Although Nescafe has built a strong presence here over the years, Sherif said there was a need to continue strengthening the brand, describing its current marketing campaign the “wake up of a big brand.”

Nescafe recently kicked off its “What Are You Going To Do Today?” campaign to encourage Malaysians to take time out of their busy schedules to enjoy the mornings as well as think about the little things that are sometimes forgotten.

“Every brand stands for something and we want consumers to associate the brand with an experience.

“So we are positioning Nescafe as an ‘it all starts with a Nescafe’ inspiration moment,” Sherif said.

To promote the campaign, Nescafe has also launched its Nescafe Classic Fresh Pick, which is made from the freshest coffee cherries of the season.

“Coffee cherries only ripen once a year. Therefore, the fresh pick season only happens annually.

“We are committed to making sure our consumers will always be able to enjoy great coffee at an affordable price at all times,” Sherif said. 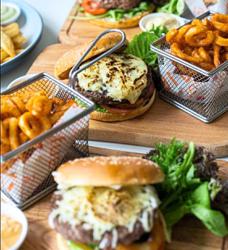 Juicy burgers to try out at KL hotel 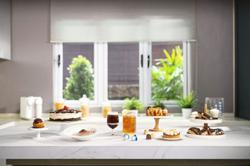 Cool off at home with new iced coffee range 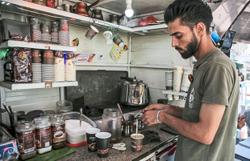