Nothing done about illegal dumpsite

HIDDEN behind a row of factories along Persiaran Sabak Bernam, is an illegal dumping ground.

A source from one of the factories said the dumpsite was located 100m from its premises and was accessible via Jalan Mandolin 33/5, Shah Alam.

Reports were lodged with the Shah Alam City Council (MBSA) and the Environment Department (DOE) in August.

“In September, MBSA referred the case to its Kota Kemuning branch,“ he added.

In October, the dumpsite area had increased in size and had reached the factory’s backyard, said the source.

The source said the factory owners complained to the council again in October and November last year but no action was taken. 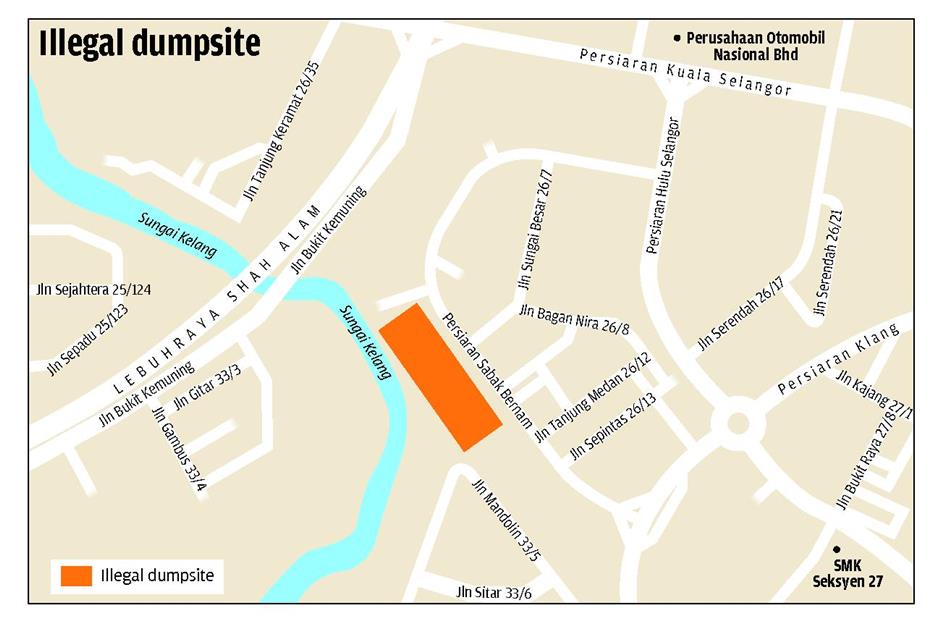 The source said the number of employees falling ill with dengue fever had increased this year and they were afraid the dumpsite had become a mosquito breeding ground.

“We lodged complaints again with MBSA on Jan 23 and through the I-Dengue website,” he said, adding they had complained eight times so far.

Iman Aliff, 45, from another manufacturing company nearby, said he had also lodged a complaint with MBSA. An enforcement officer visited the site several weeks ago.

“The officer confirmed the dumpsite was illegal and had barricaded the entrance. However, we still see tipper lorries coming in and going out of the site,” he added.

The rubbish has reached 50m in height and excavators have been brought to level the garbage with sand, so more can be piled on top, reported people who work nearby.

Other than construction waste, there are concerns that toxic and domestic waste is also being dumped on the land.

The site is only about 70m from the Klang River and can be spotted from the Kesas highway.

“The toxic waste could seep into the river and pollute it. Something needs to be done quickly,” said the source.

When contacted, DOE director-general Datuk Halimah Hassan said it was under the local council and state government’s jurisdiction.

MBSA deputy corporate communications director Shahrin Ahmad said the council was aware of the existence of the illegal dumpsite.

“MBSA issued a compound and notice under the Waste Collection, Removal and Disposal (MBSA) 2007 bylaw for operating a garbage disposal plant in a public area,” he said, adding they were trying to ascertain who the landowner was.

He said they would continue to monitor the area to ensure the activities did not continue.