A dirt track was built in the centre of the venue, the Putrajaya Water Sports Complex in Precinct 6, to allow players to control their buggies from a raised platform while electric-powered (EP) boats raced at the lake.

Project leader Zabibah Samat said that the event was aimed at making Putrajaya a one-stop centre for RC enthusiasts.

“We want to provide a venue for the public to have a fun and family-oriented activity,” she added. An RC crawler making its way on rocky terrain.

There were three contest categories: the Air RC (helicopter and aeroplane), Land RC (buggy and drift) and Water RC (EP boat and sailboat).

Two new categories were also introduced — the RC Truck and Construction Equipment, and the RC Crawler.

The 34-year-old designer has been playing with drift RCs since 2008 and is active in local and international competitions. 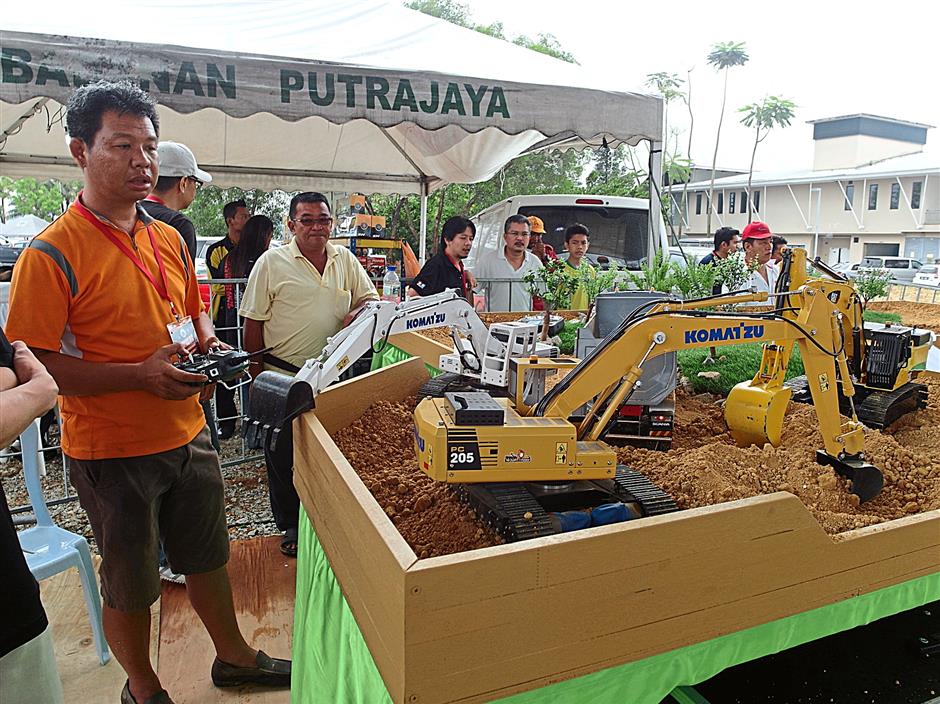 Fong (right) using remote control to move an excavator which he constructed himself in the RC Truck and Construction Equipment category.

“I like drifting RCs because it is a skill and an art. You need to have a good car and the skills to control it,” said Aza, who spends RM2,000 to RM7,000 on each unit.

He finds RC challenging and fun.

“You build it from a chassis, then add electronic parts and modify the car,” said Aza, adding that there were special tyres for different surfaces, such as carpet, cement, mosaic or tarmac.

Meanwhile, at the RC Construction area, a mini-truck stop and excavation site had been built to house the models.

Fong Yat Seng, 45, brought his own hand-made models — trailer trucks and a large excavator which work like the real deal. 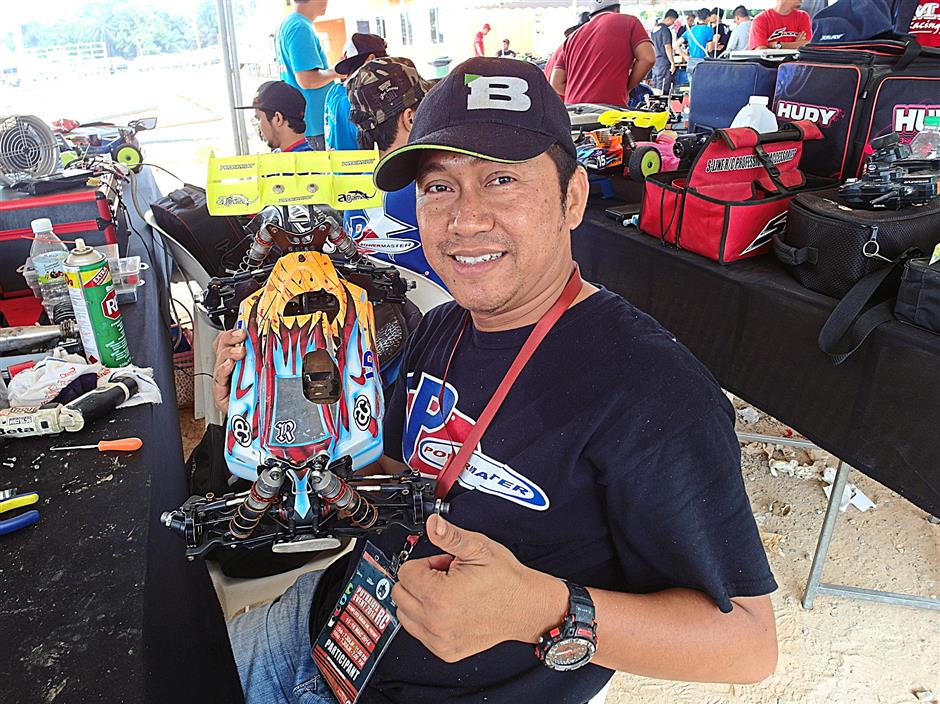 Professional RC buggy racer and hobby shop owner Abdul Rahman says he travelled all the way from Johor to Putrajaya to compete in the event.

“I have been interested in RC models from young and for the past three years I have been making my own,” said Fong, as he expertly manoeuvred the excavator to dump sand into the back of a mini truck.

Fong is good at building the models as he works in construction and has handled the real thing.

He said RC is a niche hobby that is gaining popularity among Malaysians.

“It costs RM20,000 to get one from overseas, but I can make them for half the price,” he said of his electric-powered models. 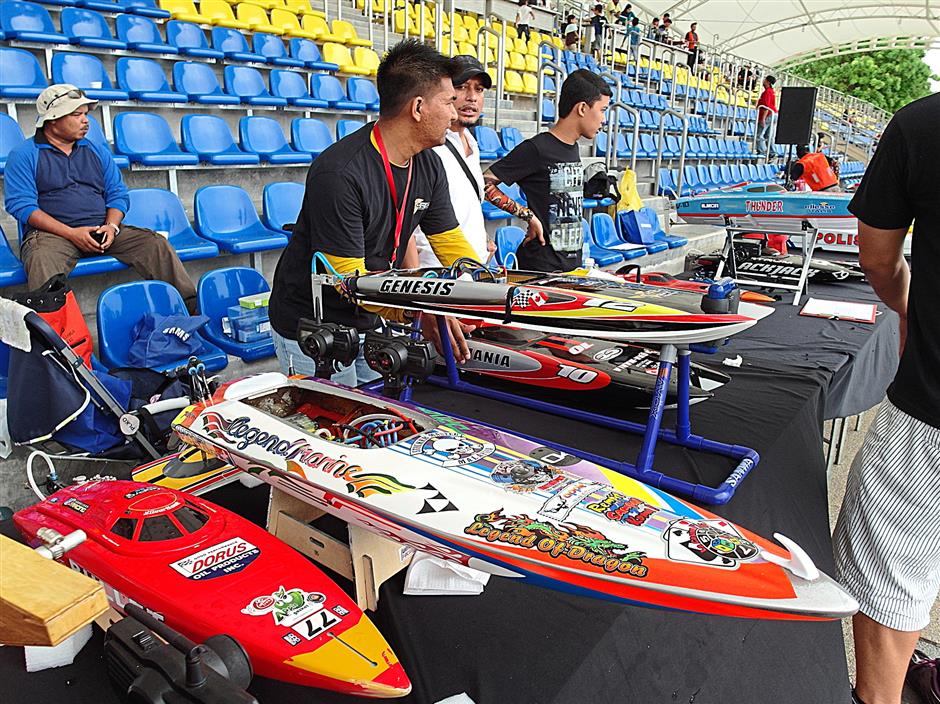 “I like to play with them because they help me de-stress. It’s both a hobby and source of income,” he said, adding that good control is essential for an RC buggy racer.

He explained that the vehicle, which ran on nitro, was suitable for off-course racing in sandy or muddy terrain, as it could ‘jump’ past obstacles.

“It’s better for them to take part in a healthy hobby like this than become Mat Rempit, ” he said.

Making an appearance at the event was the RC Crawler, which resembles 4WDs, suited to rough terrain such as hills, rocky areas and shallow water. 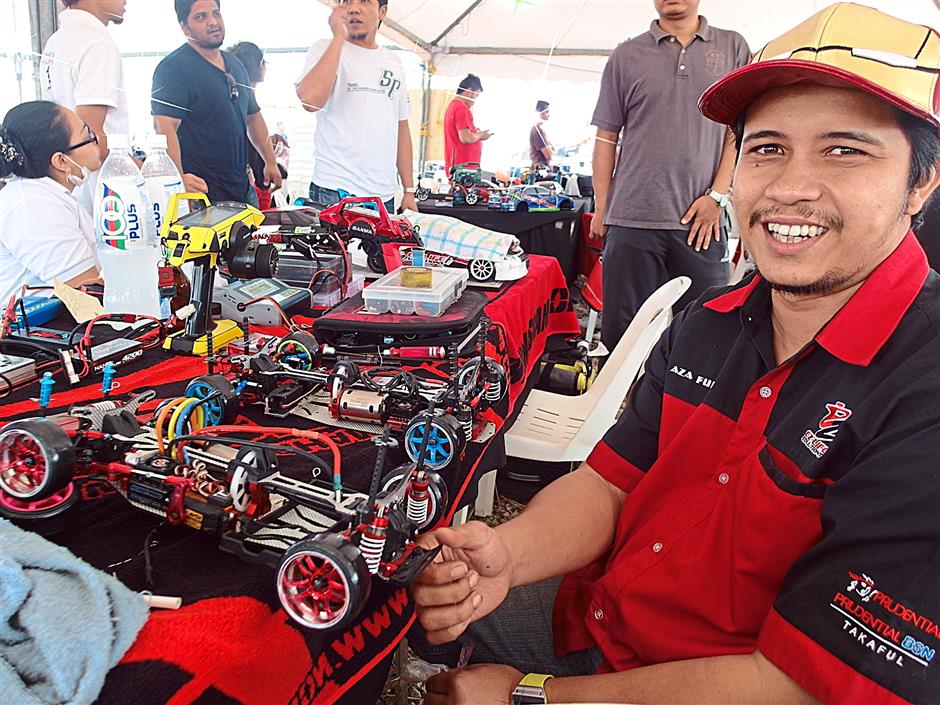 Aza is active in local and international RC drifting competitions and says it’s a fun and challenging hobby.

Abdul Rahim, or ‘Rookie’ to his friends, said it was different from other ‘racing’ categories as crawlers were slow and focussed on technical aspects such as getting past obstacles.

“We do not have a proper track so we often play in secluded spots, such as hills and in bushes,” said Abdul Rahim, who is part of the Malaysian RC Crawler Community. The crawlers cost about RM500 each.

“It’s a good form of physical activity, as the person has to go along with the car to make sure it gets through the obstacles.

“We have a lot of fun together enjoying our hobby amid nature,” said Abdul Rahim. 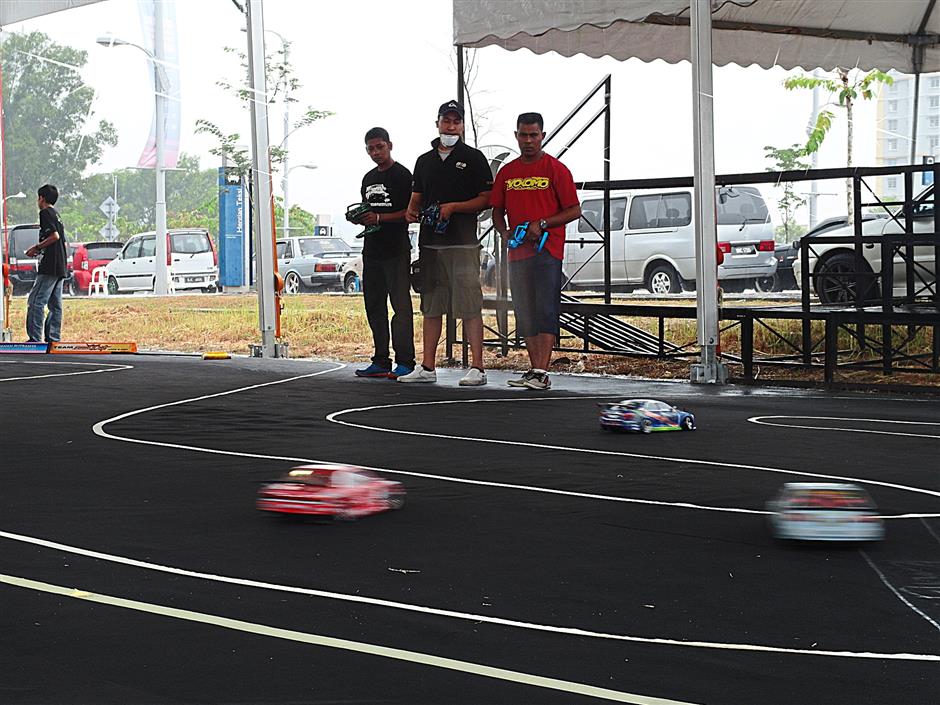 The participants competing in the drifting category.

Over at the lake, RC boat hobbyists were racing across the water.

“It’s fun. I have also improved my knowledge of boats as well as electronic and motor parts since I got into this five years ago,” said Taufiq.

Among the contestants at the makeshift runway for air RCs was Wan Aziz, 48.

He said flying the air RCs was challenging and adventurous, as one had to control up to 14 channels at a time.

He goes for events regularly in Kuala Lumpur, Ipoh, Penang and Singapore and has been playing with air RCs for almost 10 years.

“I think it’s good they organised this as it’s usually just one type of RC at an event. Here, there are many and we can get to know each other,” he said.

The Putrajaya RC 2014 was organised by Putrajaya Corporation (PPj).

Winners received a President Cup, while lucky draw winners walked away with a total of RM3,000 in prizes and 17 tickets to the upcoming Red Bull Air Race World Championship in Putrajaya.