Clean up to combat dengue

A gotong royong campaign was launched in Putrajaya recently to raise awareness on the threat posed by dengue fever.

At the launch, residents were urged to destroy mosquito-breeding grounds on their own initiative and to take part in the Communication for Behavioural Impact (Combi) project in their neighbourhood.

He said it was important for residents to take the initiative to fight dengue.

“Gotong-royong is a good way to not only keep the environment clean but foster neighbourliness as well. 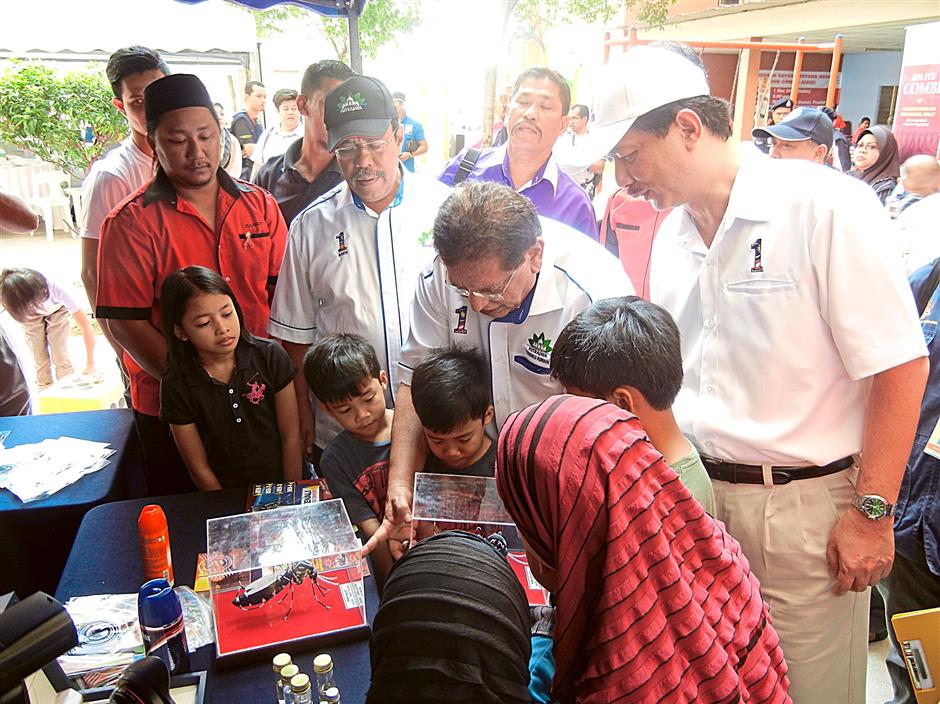 Rostam said there had been dengue cases at the Putra Damai Apartments but thankfully no deaths.

A booth was set up to educate apartment dwellers on how to combat dengue.

From January to Feb 22, there was a 662% increase in dengue cases in the Federal Territories Kuala Lumpur and Putrajaya compared to the same period last year.