IT was not surprising to see Berjaya Corporation Berhad (BCorp) Founder’s Day celebration giving back to a wide range of charitable organisations through its corporate social responsibility programme.

Tan said he was not keen on the event when it was first mooted back in 2011, but was eventually persuaded by his son and current BCorp chairman and chief executive officer Datuk Robin Tan.

“I believe that society made me wealthy through their support of my businesses, so it is only right that I give back to them.

“Robin convinced me that this event was one way to convince others to contribute back to society and I encourage other wealthy Malaysians to do so,” said Vincent. 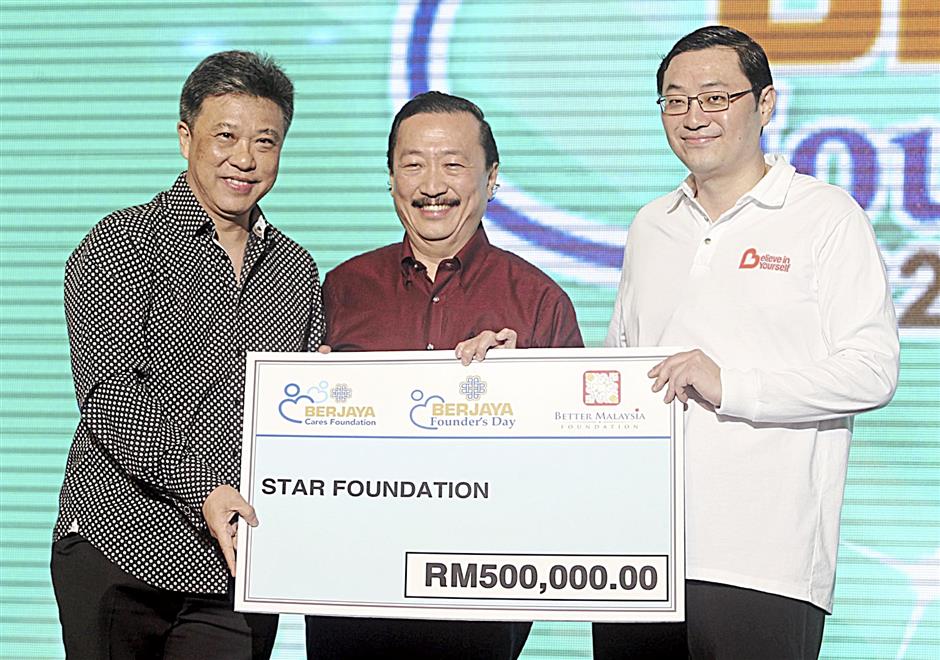 The senior Tan announced three years ago that he would give away at least half of his wealth, joining the growing list of billionaires who are part of the Giving Pledge initiative started by Warren Buffett and Bill and Melinda Gates.

This year, Dr Jane Goodall, an environmentalist who is also well known for her work with chimpanzees, was given the Third Better Malaysia Foundation Person of the Year award.

In a video message, Goodall said that she liked the event’s theme — “Believe in Yourself” — chosen to encourage everyone to believe in their capabilities, and make the most of their skills to achieve their dreams.

It is also a theme that resonated with Vincent, who started from nothing and believes his capability to speak English helped played a big part in landing his big break in being made a McDonald’s partner here, though he has since sold it back to the company.

During the event, a carnival attended by 20,000 company employees and their families, featured booths for games, charitable causes, food and drinks while special discounts by BCorp’s consumer companies were also offered to the public that day.