IF TRANQUILITY and a green, leafy garden is what you seek, then perhaps a Balinese concept is best, advised a landscaper.

Yap Beng Huat, who owns a nursery, said the Balinese garden with water features that was all the rage a few years ago, is still popular.

He said Westerners prefer the verdant garden concept although locals find a green Balinese garden to be a little plain or mono-tonous.

“Usually, we will begin by asking our customers what kind of concept they would like for their garden, followed by their budget,” Yap said.

The basic idea of a Balinese garden, he explained, was to have an arrangement of green, leafy plants, with strategic placement of water features and preferably, sandstone carvings as a contrast. 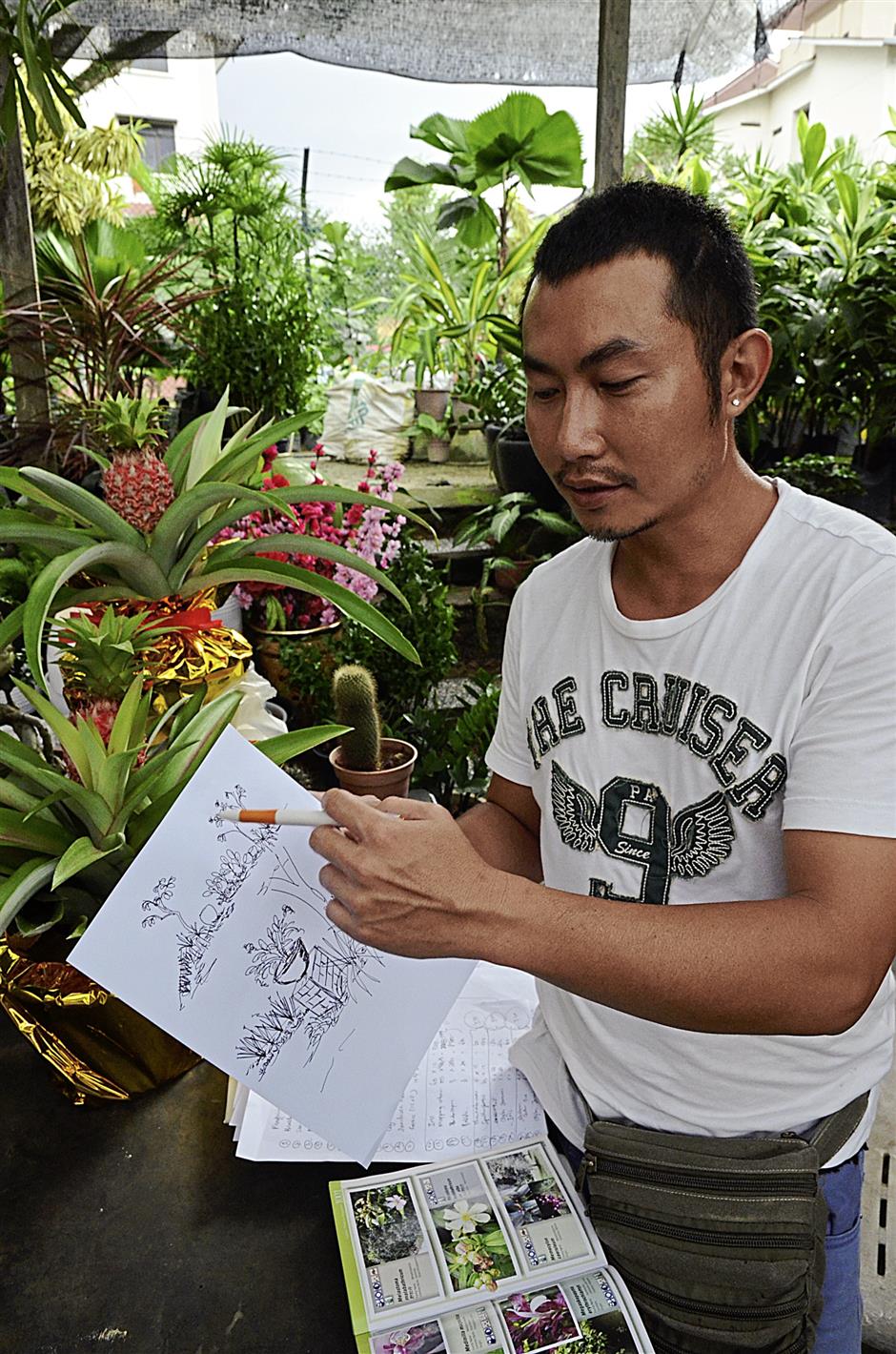 Yap sketching examples of leafy and Balinese gardens based on a client’s request and budget.

There are several basic plants which go into building a Balinese garden, he said.

“You can put trees such as frangipani or stone bamboo (Phyllostachys angusta) for the tall plants, and then for shrubs and hedges, crotons (Codiaeum variegatum) are used because the colourful foliage provides a stunning contrast against a green background.”

Some flowering plants are also suitable.

“The frangipani already has striking blooms, and you also have other choices such as the spider lily (Hymenocallis) and Alpinia purpurata to stand out against the green,” said Yap. 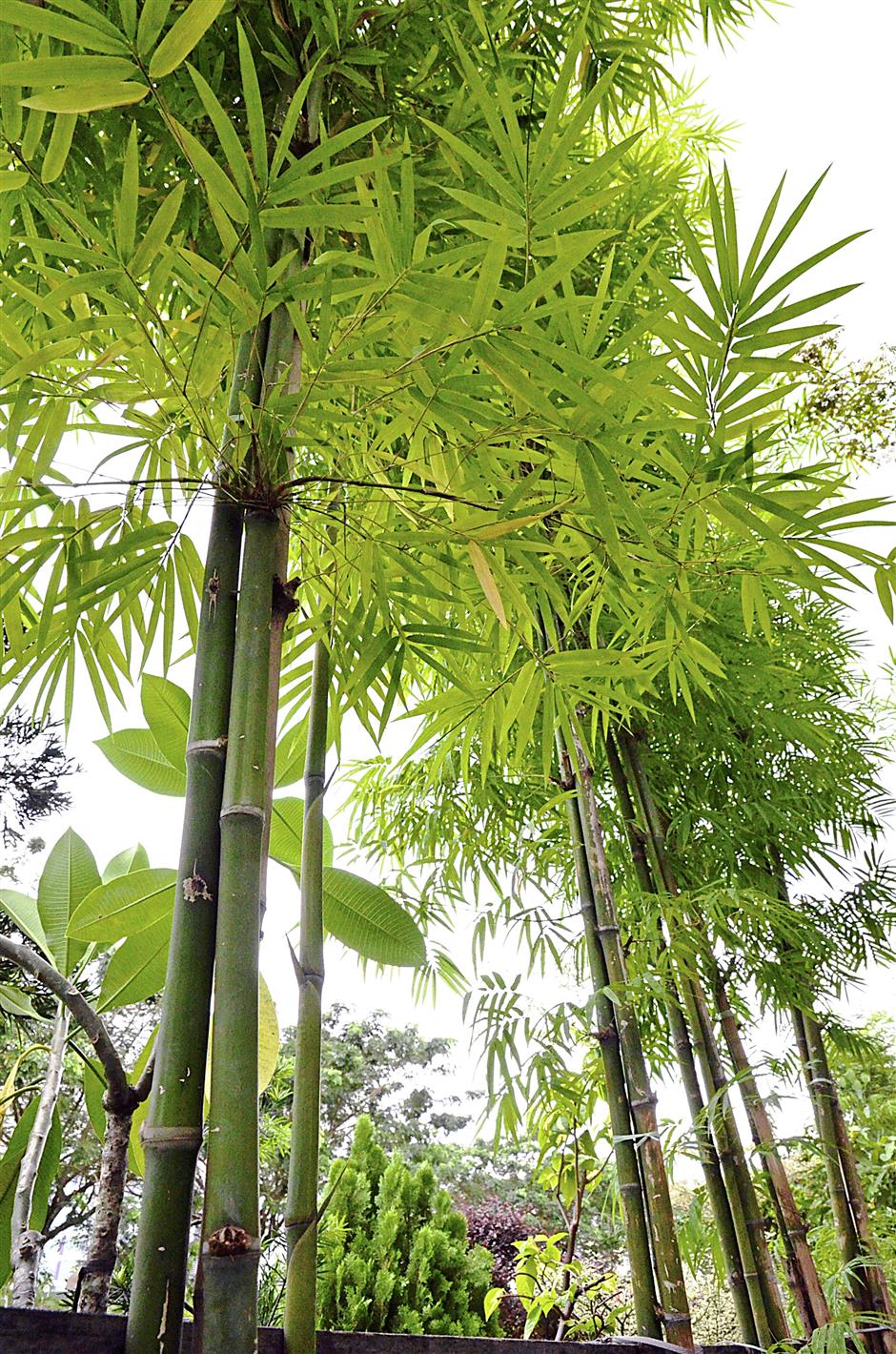 Evergreen bamboo, such as stone bamboo help round out the varied selection for a Balinese garden, which focuses heavily on the ‘green’ element.

Other choices for leafy shrubs to fill the bottom include calathea or ficus plants, while one could also look to the dracaena for height contrast.

“By and large, you do not need a lot of fertiliser but they have to be watered twice, in the morning and evening, until the leaves are wet,” said Yap.

He added that the plants needed space.

“If you don’t space out the plants, the effect is of a forest rather than a garden,” he explained. 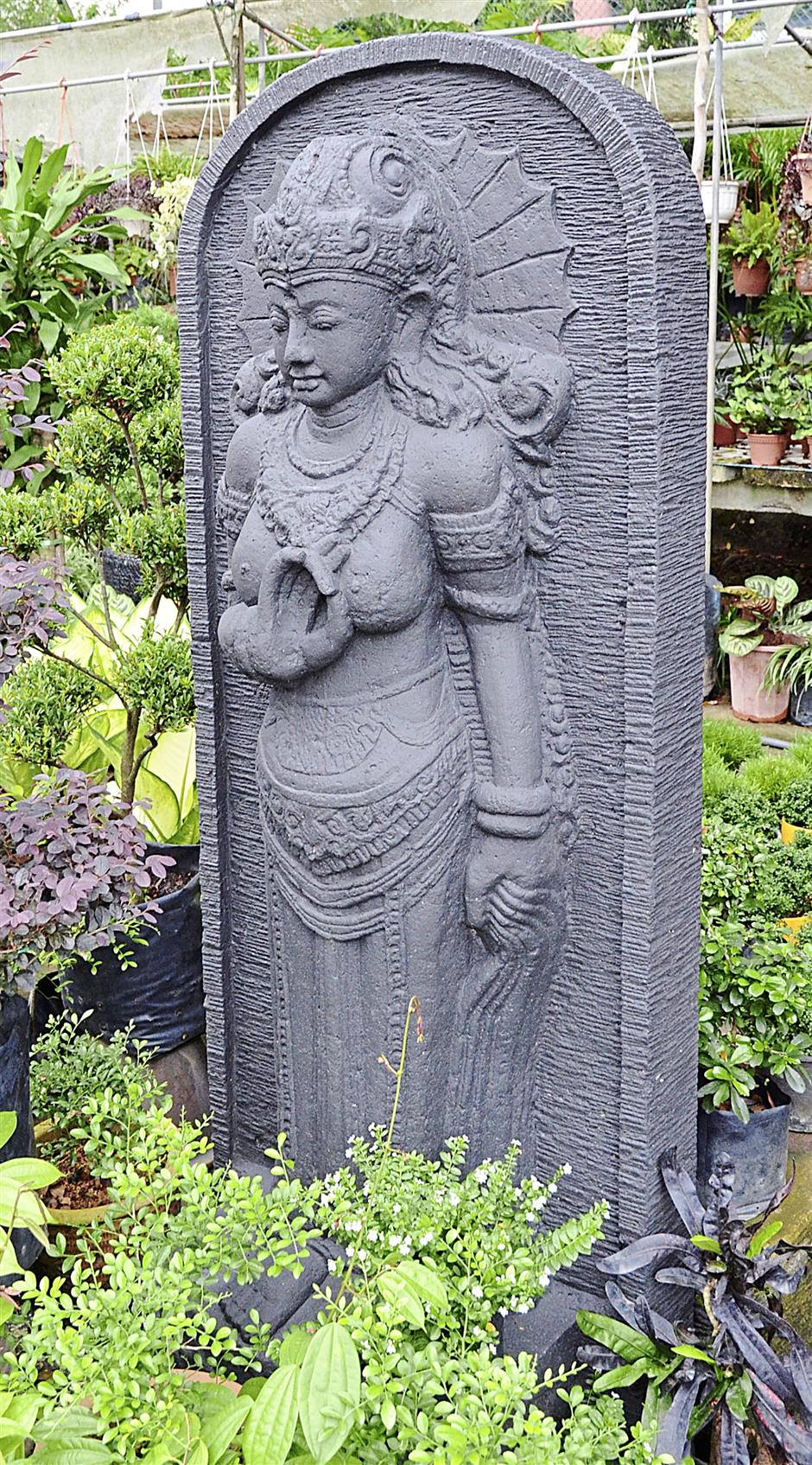 Yap says some stone carvings are preferred to give the setting a Balinese garden effect.

For a Balinese garden effect, some stone carvings are preferred.

“If you place the stone carvings, such as a small Buddha head or something like an Apsara, not out in the open, but rather, hidden a little by the foliage, there is the effect of surprise from the statues peeking out.

“And if you let some moss grow on the statues, it also gives off an effect of vitality, which complements the garden very well,” said Yap. 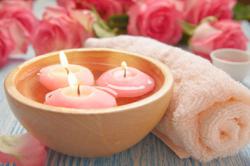