A mission to lessen the pain

FOR Zariana Daud, spending time counselling cancer patients is not just a job, it is something close to her heart.

She has been a volunteer with the National Cancer Council (Makna) since 2008, when a group of Makna volunteers visited her mother after she was diagnosed with stage four breast cancer and her mother passed away that same year.

“Every time I hug or touch the cancer patients, I feel like I have my arms wrapped around my mother.

“This joy keeps me going,” said Zariana, 36, with tears in her eyes.

She is a highly regarded volunteer leader in Sabah and has covered 98% of the state in her attempt to help patients.

Her job has its drawbacks, too, such as in reaching patients registered with the council. One for the album: Chong with cancer survivors and volunteers supporting Jom Botak Campaign 2012

When relating her tales, it is obvious that she aims to educate the villagers who have little knowledge about the disease.

“Some actually believe cancer is a disease that is caused by black magic and some think it can be spread.

“I am trying hard to educate these people and teach them about cancer,” she said.

The chief clerk with three children said she was able to find time for volunteer work with support from her husband.

She said to get to some places, she travelled on speedboats, which could be dangerous, and recounted how the boat she was in almost capsized near Pulau Banggi, Kudat.

However, this did not deter her but made her stronger and more resilient.

She said she did not show feelings of sadness or worry to the patients she counselled.

Another volunteer is former teacher and sports coach Jacob Mathews, 70, who believes a cancer survivor will bring hope to the newly diagnosed.

It was May 1998 when the Tokoh Guru Malaysia award recipient was diagnosed with cancer in his leg.

Mathews was devastated when doctors told him they would have to amputate his right leg to keep him alive.

Placing his faith in God and the doctors, he agreed to the procedure.

Thankfully, the doctors managed to remove the tissues affected by cancer and saved his leg.

However, there were still traces of the cancer in his leg and the fear of relapse was there.

“During that time, friends would come and reassure me of a long life.

“It was easy for them to say this because they did not have cancer but I could not take it,” he said.

His second son, at that time, began donating to Makna, and in 1999 a letter from the council asking for volunteers arrived.

“I called them up immediately and signed up.”

He has not looked back since then and is well known in Banting for his volunteer work with cancer patients.

Mathews said those diagnosed with cancer and lost hope in fighting the battle found him an inspiration.

Seeing me alive after being diagnosed so many years ago has given some the confidence to seek treatment and fight the disease.

For him, helping a 11-year-old leukaemia patient is his most cherished memory.

Apart from seeing to his financial needs, he also helped to enrol him in a Tamil school.

The boy went on to become an exemplary student and scored in the UPSR examination despite his mother’s death a month before his examinations.

Mathews said there were many patients who needed help but there were not enough volunteers.

He recounted how a woman had called him for help but as he was busy he had to delay his meeting with her. 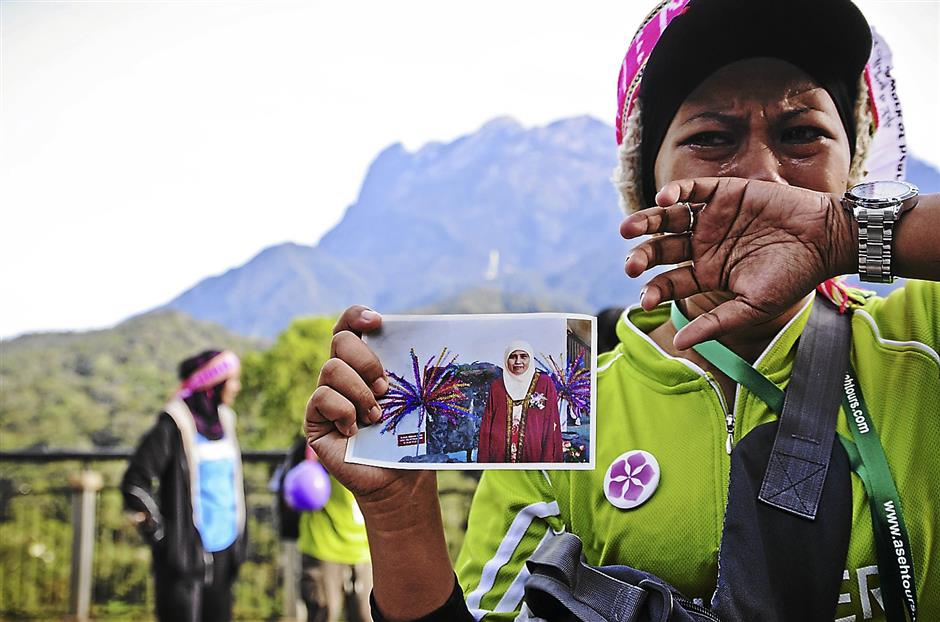 “A month later, she passed away.I felt sad and wished there were more volunteers to help these people.

“I also learnt a very important lesson, which is to never say later.”

Presently, Makna has 6,000 volunteers, with 400 playing an active role.

They are guided by 28 leaders, including Zariana, Mathews and Max Chong Kam Kok.

Chong, from Ipoh, apart from volunteering, also helps to raise funds for the council.

His wife was diagnosed with breast cancer in 2005.

She managed to fight it and went on to have two children and Chong is determined to share her success story to inspire others.

In 2008, he organised Cancercycle, cycling over 6,500 km across Malaysia, Thailand, Cambodia and Vietnam.

Along the way, he spread knowledge on cancer, raising funds for Makna.

“Makna’s mission ‘To mobilise resources in order to provide curative, preventive, research and support services to cancer patients and their families, high-risk groups and the general public, in Malaysia and the world’ is meaningful to me,” said Chong.

He said volunteer work has become a part and parcel of life and was happy to help people in need.

“Many opt against chemotherapy or treatment but they do not realise the pain of the cancer without treatement is worse.

“I want to tell people all this,” he said.

“We learn so much from the patients as volunteers. That is immeasurable,” he added.

Good Day Out events to be proud of