Need to increase promotion of tourist attractions and upkeep cleanliness

THE number of tourist arrivals in Perak might come short compared to other states, but players in the tourism industry feel there is much potential to be tapped in the silver state.

Former tin miner Tan Sri Hew See Tong, who set up the Kinta Tin Mining (Gravel Pump) Museum in Kampar, lamented that Perak did not have major public transportation hubs like Penang and Kuala Lumpur have.

“As such, it is quite inconvenient for foreign tourists to come here and this has definitely affected tourist arrivals in the state,” he said.

However, Hew discovered that much improvement in the tourism industry could be done in Perak as long as all stakeholders played their part in making the state a more attractive holiday destination. 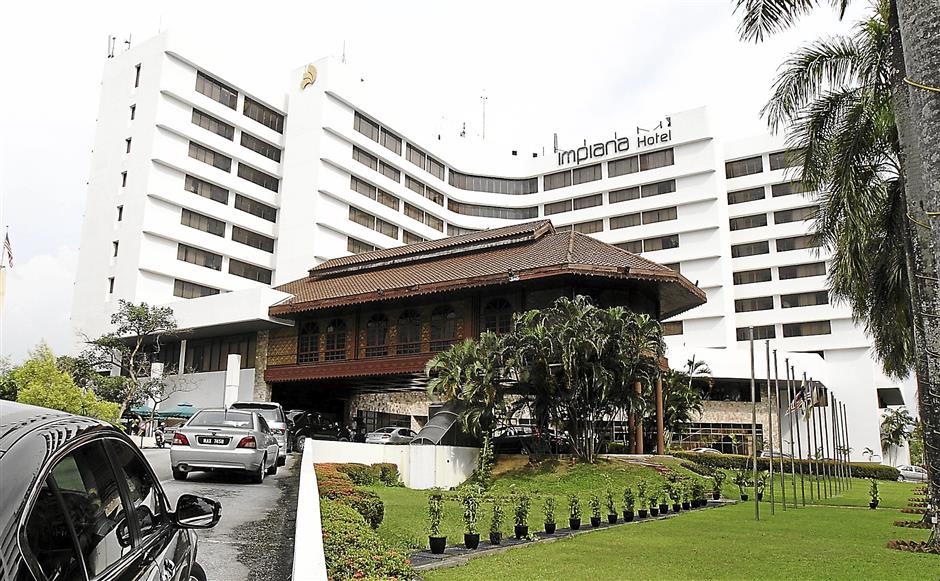 Impiana Hotel: Hoteliers in Ipoh are optimistic about the state’s potential growth in the tourism industry and are working closely with other industry players to promote the state’s various attractions.

“There are various unique and wonderful attractions in Perak such as Gua Tempurung, Ipoh’s limestone caves and the former tin mining towns.

“However, my friends who come here tell me that they did not know the state had such attractions. This shows that such places of interest are not getting much promotion elsewhere.

“This is something that the state government and local governments should look into, along with improving facilities and cleanliness at such spots,” he added.

Kepayang assemblyman Nga Kor Ming had brought up at the state assembly last week that out of 120 million tourist arrivals in Malaysia from 2009 to 2012, only 2% had set foot in Perak.

Refuting this claim, State Tourism Committee chairman Nolee Ashilin Mohd Radzi said the 2% only reflected the number of foreign tourists staying at hotels and did not give an accurate representation of the actual number of tourists who visited Perak. Good, clean fun: Families enjoying themselves at the Lost World of Tambun theme park, one of the many tourist attractions in the state.

For Taiping Zoo director Dr Kevin Lazarus, the statistics on foreign tourists were not far off from those gleaned off visitor records to the zoo.

“The Taiping Zoo gets about 700,000 visitors a year, but the number of foreign visitors is less than 1% of the total.

“From my personal opinion, I think the low number is due to Taiping being lesser known than Ipoh in the international market. So tourists either have not heard of us or find our location out of the way,” said Dr Lazarus.

Despite that, he has not been deterred and is instead working extra hard with the authorities to better highlight the former tin mining town.

“I have been discussing with the Northern Corridor Implementation Authority to hold more programmes in Taiping so that the town would be more well-known among locals and foreigners. “The zoo also does aggressive marketing and advertising through various media such as in-flight magazines, tourism pamphlets and tour agencies.

“For the more technology-savvy, we are in the process of upgrading our website to better serve our purposes.

“Taiping is a beautiful place with plenty of historical and ecological value; it is just a matter of creating awareness on this to get people to visit,” he added.

“Each state such as Perak has its own uniqueness, so you have to recognise that and promote it to a specific target market.

“Taiping is a quiet place with a lot of historical significance such as having the first railway station and the Lake Gardens, so there is a lot of potential for the tourism industry here to develop.

“Accessibility should not be a problem too since it is connected to the North-South Expressway and frequented by buses and trains,” said Azahar.

Ritz Garden Hotel manager Lily Chee concurred that Perak’s tourist arrivals was small compared to Kuala Lumpur and Penang but pointed out that the state still had a lot of avenues to develop its tourism industry.

“We definitely cannot compare with Kuala Lumpur in terms of shopping, but Perak just needs to find its own uniqueness and learn to market it.

“We have lovely natural attractions such as Gua Tempurung, the Royal Belum Rainforest and Pangkor, so I see a lot of potential for the ecotourism industry here,” said Chee.

She stressed that besides promotion, the authorities and other industry players should focus on the upkeep of tourist attractions and facilities.

“We need to make sure the cleanliness and safety aspects are top-notch to leave a good impression on tourists who will then spread good word on the attractions to others.

“The public transportation should also be looked into if we are targeting foreign tourists, as most if not all would not be driving cars.

“Bus schedules need to be adhered to and stronger enforcement carried out on taxi drivers who overcharge customers,” she added.

Impiana Hotel assistant communications manager Chiam E-Fay said the hotel had been pushing the heritage aspect of Perak in its promotions and advertising as the feature set itself from other destinations such as Penang and Kuala Lumpur.

“The number of foreign tourists coming here in the past few years has been steadily increasing, which is partly due to the various developments and Ipoh’s rising popularity as a food destination.

“When multinational companies invest and set up operations in the state, they usually bring in foreign experts, who will then spread word about the state to their friends and families,” said Chiam.

She felt the state government had been working very hard to promote the state, especially through its Visit Perak Year 2012, and push to get Lenggong recognised as a United Nations Educational, Scientific and Cultural Organisation (Unesco) World Heritage Site.

“However, the government cannot work alone and we hoteliers as well as other industry players must help them.

“Even locals could play a role by being more hospitable to tourists and keeping their surroundings clean to further improve the city and state’s image,” she added.