SIBU: It was a glorious night for national diver Pandelela Rinong Pamg when she was named the 2011-2012 Sportswoman at the biennial Sarawak State Sports Council (MSNS) Sports Awards here.

Currently undergoing intensive training for the SEA Games in Myanmar next month,

It was the second consecutive time that the 20-year-old Bidayuh received the recognition, the last in 2009-2010.

Based on her bronze feat in the women’s 10m platform event at last year’s Olympics in London and another for the 10m synchronized platform at World Championships in Barcelona, it was no surprise that Pandelela emerged prominently above the other nominees — Morren Ulai Lian from taekwondo, Stephanie Law Feng Nie (volleyball) and Jacqueline Jenelee Sijone (tenpin bowling) — in claiming the Sportswoman crown. 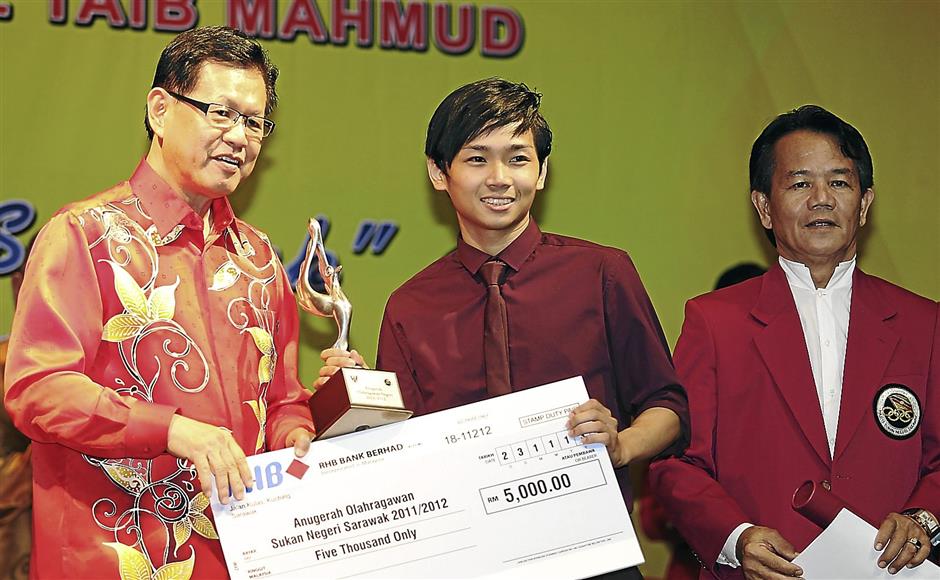 “It (the award) means everything to me in my diving career because with it, I will do harder and my best in every competition,” an elated Pandelela told The Star after the ceremony.

The Bau native said she was happy that the state had acknowledged her achievement in the sport.

“As for the coming SEA Games, my ultimate aim is to win gold in 10m platform. However I will not be too overconfident and underestimating other divers,” she added.

Meanwhile the 2011-2012 Sportsman award went to fellow national diver Bryan Nickson Lomas, who became the country’s first — and so far, the only — World Junior champion in 2004 for winning gold in the men’s 3m springboard event in Belem, Brazil.

Both have since retired from competition, with Bryan citing his wish to focus on completing his Sports Science course at Universiti Malaya as the reason for his departure from the sport.

Sport , Sport , It was a glorious night for national diver Pandelela Rinong Pamg when she was named the 2011-2012 Sportswoman at the biennial Sarawak State