A FULLY-paid vacation to Melbourne, Australia awaits the winning family in the “Family Vacation Contest” jointly organised by Johnson & Johnson and Tune Hotels.

The grand-prize winner will be entitled to bring along three family members to the world’s most liveable city, Melbourne. The package will include return flight tickets and a 4D/3N stay for four people at the brand new Tune Hotel Melbourne.

On top of that, two local holiday packages are to be won every week for eight weeks. The weekly prizes include return flight tickets and a 3D/2N stay at selected Tune Hotels in Malaysia.

Any purchase of Johnson & Johnson products worth RM15 from now until Nov 30 will entitle customers to be in the running for the grand and weekly prizes.

As an instant reward, Johnson & Johnson customers are also entitled to an exclusive discount of 20% on online bookings for Tune Hotels in Malaysia and Bali, Indonesia.

To enjoy the offer, they need to obtain a scratch card from any participating outlet, scratch and enter the promo codes revealed on www.tunehotels.com.

Advance bookings can be made from now until Dec 31 for stays until March 31 next year.

“We are glad to give a family an opportunity to go to Melbourne.”

Melbourne has been ranked the most liveable city in the world for two consecutive years. It is a cosmopolitan city with a European feel and is considered the gourmet capital of Australia with award-winning chefs and a diverse cuisine.

Tune Hotel Melbourne is the group’s 33rd hotel and its first in Australia. It will be welcoming its first guests on Oct 21, ahead of the scheduled opening on Nov 1.

The 225-room hotel is located in Swanston Street, Carlton, next to the University of Melbourne and just two streets away from the popular Lygon Street, a short walk to Queen Victoria Market and minutes from the central business district (CBD).

There is an indoor courtyard, a recreational lounge, a restaurant, café/ convenience store, luggage storage, self-service launderette and computer kiosks. It is also equipped with a basement car park.

To find out more about the contest, check out Johnson & Johnson roadshows at selected AEON outlets or its Facebook page at /iLoveJohnsonsbaby.com. 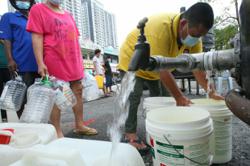