Junior badminton tournament aims to enhance the standard of play

PRIZE money worth RM1,200, trophies and medals are on offer for the champions in men’s novice doubles at the 5th Rawang Open Badminton tournament that will be held at ASB Badminton Hall in Bandar Baru Rawang from Nov 15-17.

The event, which is jointly organised by Selayang Municipal Council, Rawang Assemblyman Service Centre and Jaguh Gemilang Sports Centre, is aimed at enhancing the standard of badminton among students in Rawang and its surrounding areas.

According to the tournament’s organising chairman Jeyaseelan Anthony, several district players have signed up for the tournament, that will be the biggest badminton event in Rawang.

He said that novice category is for those district players that have not reached state or national level and that this gives them a chance at being competitive.

He added that the standard of badminton, especially students, had improved tremendously since the inaugural event five years ago and that the organisers wanted to keep the momentum going by organising more junior events.

“I am very proud of the students here producing good results. With competitive tournaments like this, I hope these students will reach a higher level and train harder to become state or national players one day,’’ said Jeyaseelan, who is a teacher in SMK Taman Desa 2.

Besides the novice doubles at the forthcoming tournament, three other age-group categories will be contested - boys’ Under-12 singles, girls’ Under-14 singles and boys’ Under-16 doubles. 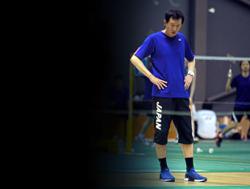