MALACCA: Malacca is poised to have the largest Underwater Sea Oceanarium once the ambitious project is completed by the end of 2014.

The project that is being developed by Kerjaya Prospek Group Sdn Bhd will boast a world’s longest aquarium tunnel and coral reef aquarium besides South-East Asia’s maiden 360 degree view perspective.

Chief Minister Datuk Wira Idris Haron said the project worth RM20mil is set to be another tourism lanmdmark for the state.

“The oceanarium will definitely be a crowd puller. It will house more than 1,000 species of marine fishes and corals.

“The oceanarium will also have the biggest kids aqua-play site and the country’s first multifunction aqua theater,” he said after officiating the oceanarium project’s groundbreaking ceremony in Bunga Raya Pantai here, recently. 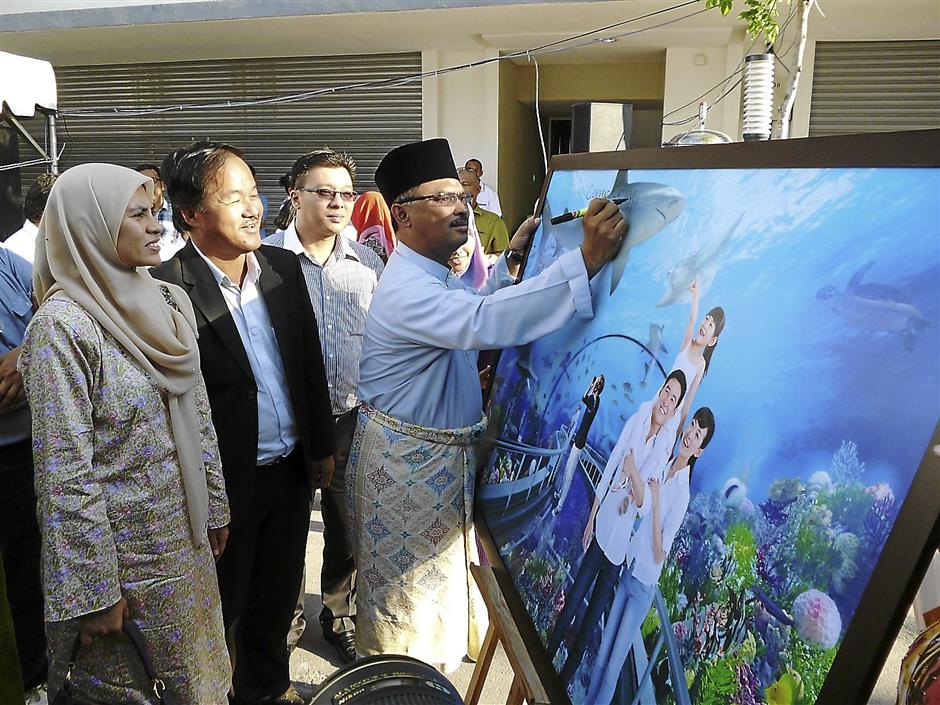 He said the oceanarium development and the construction of an adjourning 42-storey tall building called The Shore@Malacca River would see a change in the tourism landscape of the state.

“This will be an added feature to the state government’s effort in attracting visitors to enjoy scenic journey along the Malacca River.

“The state’s tourism industry marked an arrival of 6.89 million tourists for the first six months of this year where 4.87mil were domestic visitors and 2.02 mil foreigners,” he added.