THEY look like real gold, but they are not. They are finery made of cheaper material but are designed like gold jewellery.

With the increasing number of snatch thefts these days, more people are opting to adorn themselves with these imitation gold jewellery.

This is especially so for the Indian community, whose tradition is to wear gold jewellery.

Customer S. Dharmendran, 28, said not only were thieves robbing from people but they were also steal ing gold jewellery placed on deities.

He said besides the finery being of good quality, they were far more cheaper than gold.

Another customer, M. Muniammah, 49, agreed, saying she was too scared to walk on the streets wearing gold jewellery.

The housewife said her gold jewellery was kept in a safer place, and she chose instead to buy artificial ones.

“Even during the festive period, I ususally buy imitation jewellery because they are much cheaper and there are far more designs to choose from.

“The bangles, earrings and necklaces look as good as the real thing that sometimes it is difficult differentiate,” she added.

This, he said, was because imitation jewellery came in the latest designs and colours.

“Even during Indian festivals, weddings and engagements, people buy such jewellery because they want them to match with their outfits.

“They do not want to wear gold as it sometimes does not bring out the glitter during a function.

“The imitation jewellery ranges between RM10 and RM200,” he said.

Kharthigasu added that his customers had also told him that with the increasing incidences of snatch thefts and robberies, they felt safer wearing the artificial ones.

However, he complained of poor business, especially during festive periods, because of roadside traders who sold similar items.

“We need to pay high rental and staff salaries, and these people just set up a table and tent and start selling their items,” he said, claiming that some of the items sold were rejected ones.

The shop’s managing director, S. Tamil Selvi, who is also Kharthigasu’s wife, said the demand for such jewellery had been high over the last few years, especially among the younger generation.

“However, the older generation still prefer to buy and wear gold.

“Well I guess we cannot run away from the saying ‘old is gold’,” she added.

Rathi Gold Coverings staff Mohd Faizal Hidayat Hullah said if the customers took good care of the imitation jewellery, the colour would not fade off easily.

“The items sold at this shop range between RM20 and RM28.

“Business during festive periods such as Deepavali and Hari Raya is reasonably good compared to other times,” he added. 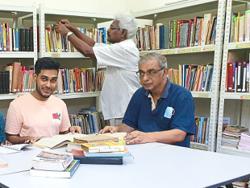 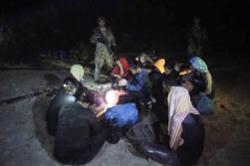