NATURE enthusiasts, especially those keen on bird watching, can look forward to a new recreation park being developed within natural wetlands in the Byram Estate in Pulau Burung, Penang.

Spanning an expansive 10.12ha site, the wetlands are next to the Pulau Burung sanitary landfill.

Landfill operator PLB Terang Sdn Bhd has been entrusted to develop and maintain the wetlands.

Its landfill engineer Mohamed Faisal Mohamed Shariffudin said apart from putting up a bund around the wetlands area, the company also constructed a 1.6km-long jogging track on the bund.

“We also landscaped the park with some bougainvillea plants and a few shrubs.

“We have also installed 20 concrete benches and a gazebo for bird watching.

“We placed barbed-wire fencing around the park to prevent cattle from feeding on the shrubs and messing up the place,” he said in an interview at the park on Monday. 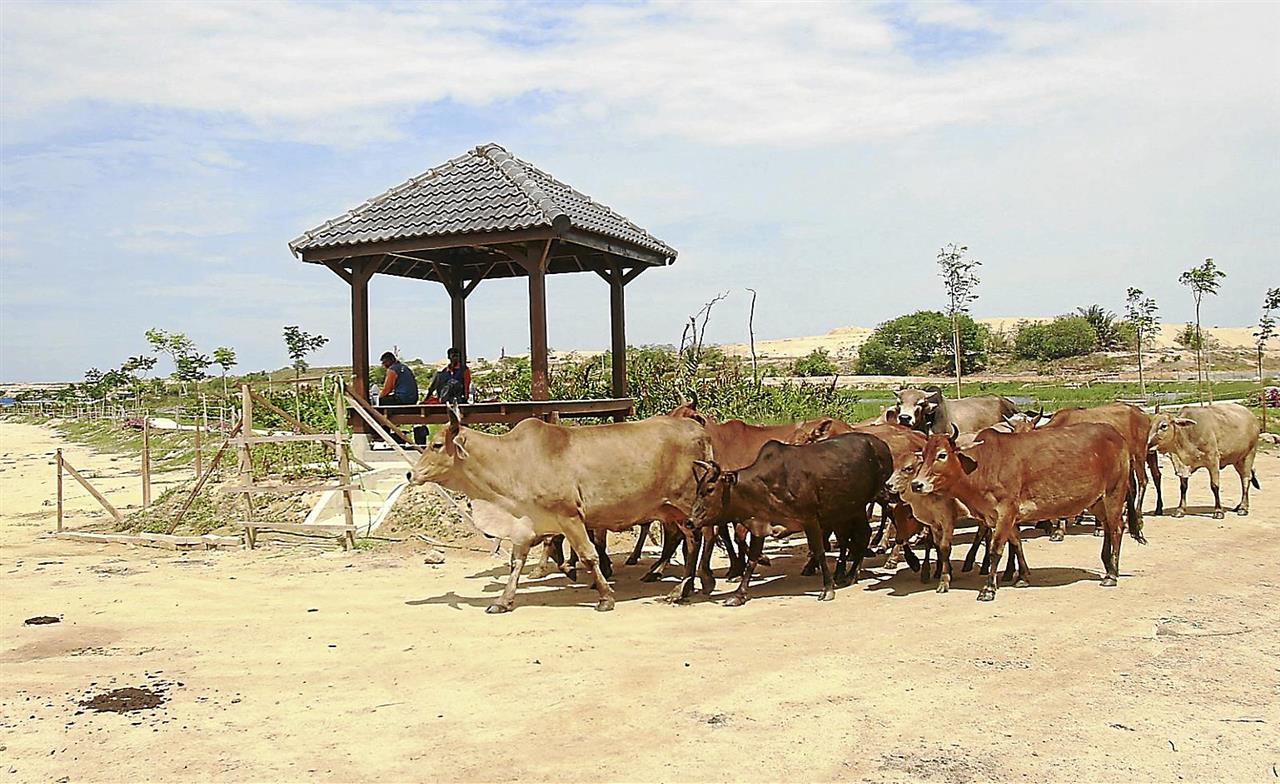 Cattle walking past a gazebo.

Mohamed Faisal said the company was in the midst of planting carpet-style turf grass in the park.

“We hope to surrender the park to the Seberang Prai Municipal Council in December before it is open to the public.

“We will undertake the supervision and maintenance of the park, even after it has been surrendered to the council,” he said.

Mohamed Faisal said the park was being modelled after the Taman Bandar Ampang Jajar recreation park located next to the Ampang Jajar waste transfer station in central Seberang Prai.

“We want to assure the public that our landfill is safe.

“The water within the catchment area there is of natural rainwater and not leachate from the landfill,” he said.

Freelance nature photographer Graeme R. Guy, who visited the wetlands area recently, wrote to The Star, expressing his surprise on seeing a fence placed around the wetlands. A jogging track on the bund.

“The fence prevents photographers from driving up close to the observation pond to get better shots of the birds,” he said.

Graeme said he believed there were at least 30 bird species in Pulau Burung, including several migratory birds.

“Apart from nature photographers, I do not think others will want to drive all the way to the isolated Byram Estate to visit a recreation park,” he said.