The former industrial site was earmarked for redevelopment several years ago, and now will see a mixed development project comprising 403 units of service apartments and retail complex. The project, called Pearl Suria will also include a pedestrian bridge linking both malls and Pearl International Hotel across Jalan Sepadu.

BUILT between 1905 and 1908, Jalan Kelang Lama is one of the oldest trunk roads in Kuala Lumpur.

In 2004, there was a massive upgrade and widening exercise costing RM359mil to ease the worsening congestion. Nine years on, the traffic congestion is getting worse.

Motorists using Jalan Kelang Lama to get to the city have to either leave at the break of dawn or opt for alternative routes to beat the ever increasing traffic.

Experts predict that in two years, every inner road within the township will be clogged with cars leading to a perpetual traffic gridlock.

“As the township grows and more buildings come up with higher density and plot ratio, there will be an overwhelming increase in traffic. It is inevitable that commuting times will increase,’’ said town and environmental consultant Pratap Chand-ran Gopinath.

Some of these developments will be completed in two to three years, while others may take longer.

The former industrial site was earmarked for redevelopment several years ago.

A mixed development project comprising a retail complex and 403 service apartment units have been approved. The project, called Pearl Suria, will also include a pedestrian bridge linking the retail complex to Pearl Point Mall and Pearl International Hotel.

The development, proposed in the early 1990s, was one of the sites in the Draft Kuala Lumpur City Plan 2020 identified for land rejuvenation.

The draft plan listed 26 old and neglected areas in Kuala Lumpur to be redeveloped.

Another development is taking shape across the road from Pearl Point Mall — Verve Suites KL South by Bukit Kiara Properties.

The two 24-storey towers were empty for two years before being rented to a college.

The building is being refurbished and is slated to house 300 serviced apartment units that are now available for sale.

Further along just before the Taman Desa junction, a project known as Avantas Residences is taking shape. It also faces Taman Shanghai.

The project consists of a 28-storey serviced apartment with basement carpark is being developed by CPI Development Sdn Bhd. 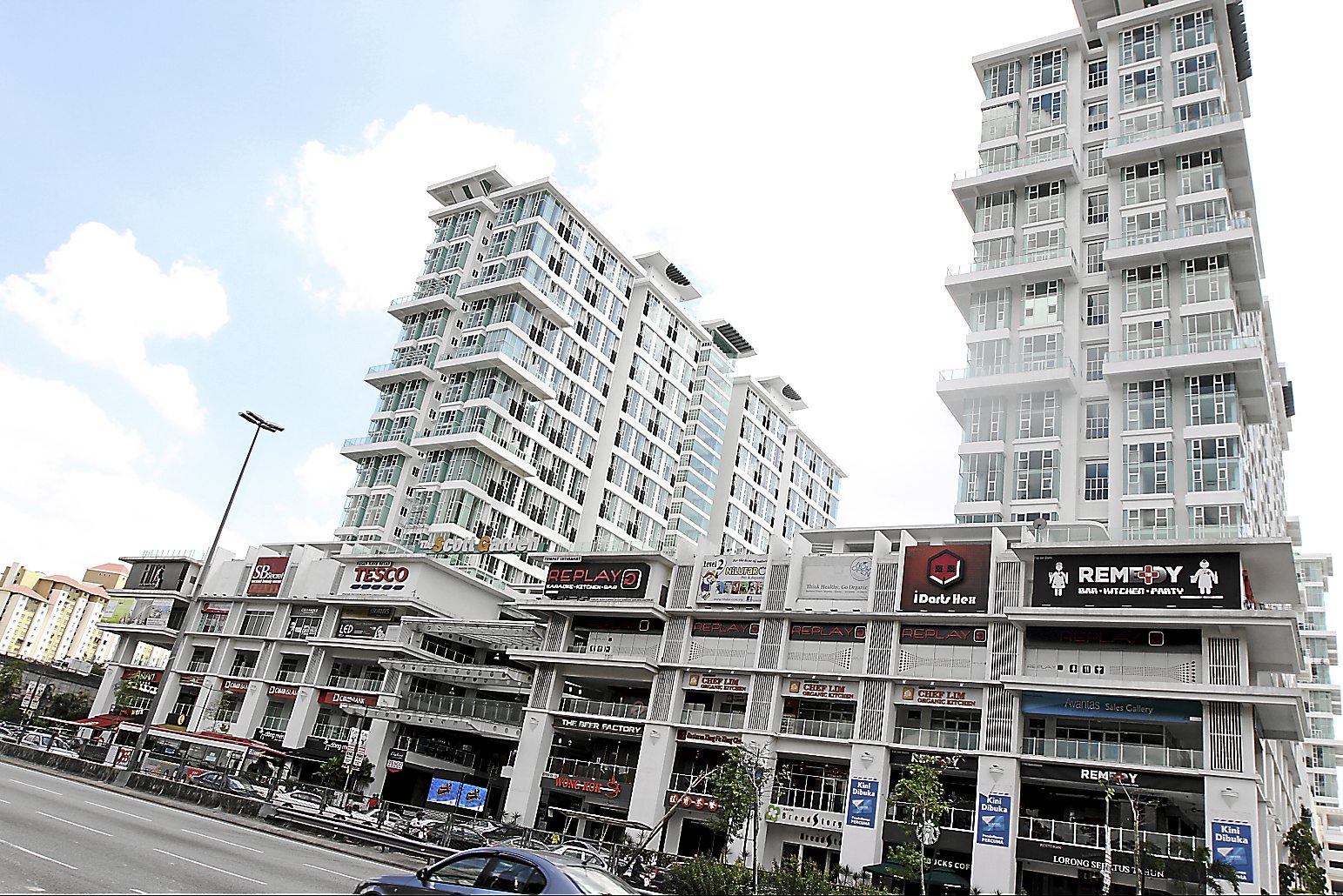 The Scott Garden in Jalan Kelang Lama is yet to be completed. Traffic planners predict the congestion will worsen once it is fully occupied.

Apart from these projects, several landbanks along both sides of Jalan Kelang Lama have been cleared, signalling the possibility of more development.

Once fully completed, these developments will add to the area’s population, raising concern among those who are already living there.

“Jalan Kelang Lama was given a new lease on life when the Government upgraded and widened the road from four to six lanes.

“After that, Puchong saw major expansion and that added to the congestion. Jalan Kelang Lama was not only serving as a link to surrounding areas but also provided access to Klang, Sungai Way and Puchong,’’ said Pratap.

He added that once Scott Garden was fully completed, the area will get even more crowded.

“Even now, at night, the area becomes congested but this is also caused by those who double park their vehicles along the road,’’ said Taman OUG resident Kumar Raj.

Although many residents welcome Jalan Kelang Lama’s central location and the presence of shopping centres such as Mid Valley and Scott Garden, they said further developments would be ill-advised.

“You can imagine what it is going to be like when all these projects are ready,’’ said trader Lim Chin Keat.

Lim, who is a trader at the 3rd Mile wet market, said it was already difficult to find parking space.

“I cannot imagine what it is going to be like here in a few years’ time.’’ 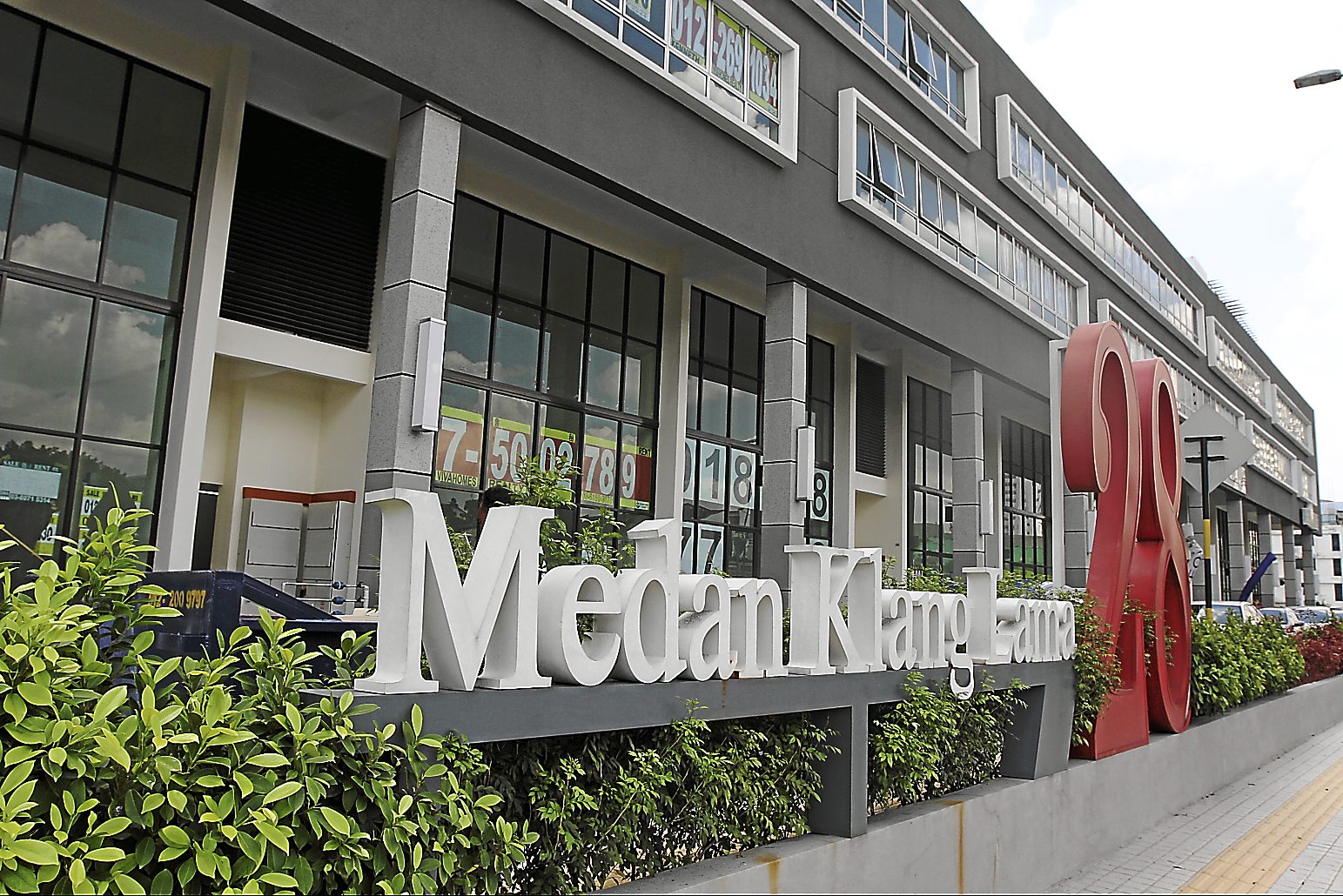 Medan Kelang Lama 28 is open for business but its units are not fully occupied.

Stretched to the limit

Pratap feels that Jalan Kelang Lama will not be able to take additional vehicles.

“DBKL should not allow an increase in the density and plot ratio unless it can provide a good transportation system to ease congestion.

“Otherwise the resulting increase in population density will put a strain on existing facilities and road systems, causing inconvenience to residents,’’ he said.

However, it is not all doom and gloom as traffic consultant Goh Bok Yen thinks that the situation can be improved.

“DBKL has to carry out a macro-level study of Jalan Kelang Lama. A thorough traffic impact assessment that takes all the development projects into consideration must be done.”

He added that another way to ease the bottleneck was to have a proper traffic dispersal system leading to the Shah Alam Expresway (Kesas) and New Pantai Expressway (NPE).

Goh also suggested that a well-planned and integrated public transportation system could be incorporated into the area.

Meanwhile, there has been talk of extending the monorail system from Brickfields to Sunway via Jalan Kelang Lama.

This is part of the Draft Kuala Lumpur City Plan 2020, and City Hall and transport planners must ensure accessibility and connectivity issues are effectively addressed.