PLEASING melodies coming from bamboo and wooden musical instruments left the audience in auditory ecstasy during the Intriguing Instruments show in Penang.

Penang’s Bayu Group opened proceedings with a snippet of the Kelantanese shadow play ‘Siti Dewi is Captured by Rawana’, staged for the first time without a cloth screen.

The performance was led by Mohd Jufry Yusoff and Che Mat Jusoh who played percussion instruments — the gendang and gedumbak as well as the serunai (shawm, a woodwind instrument) and rebab (three-string lute). 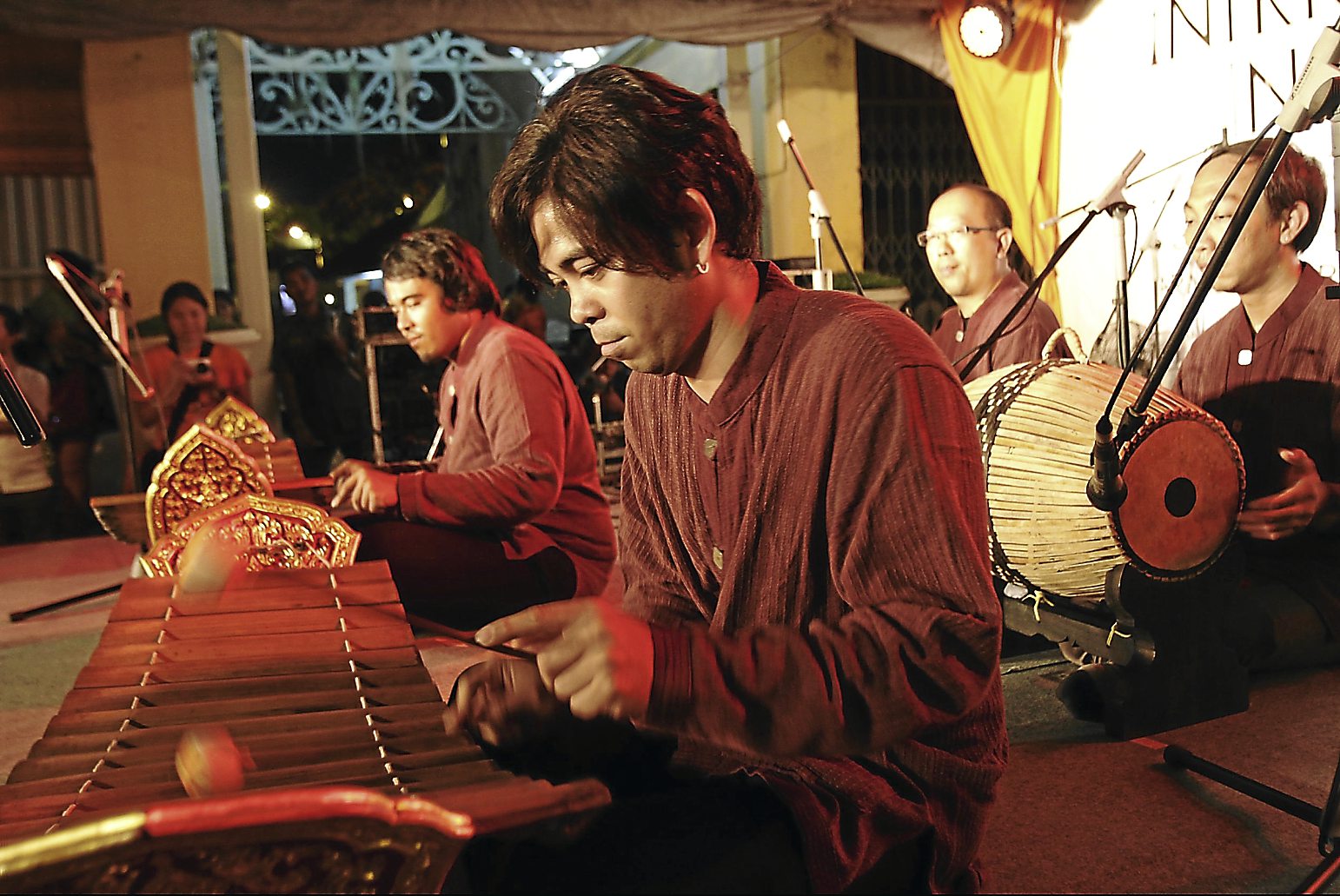 A group from East Nusa Tenggara in Indonesia, Djitron Pah and Brothers charmed the crowd with melodies from 28 and 56-stringed plucked tube zithers known as the sasando.

The instruments were fashioned from bamboo tubes to which wooden wedges and strings are attached.

“It takes a month to make a sasando by hand. One has to ensure its tone and resonance is tuned correctly,” Djitron said during the event held recently at the junction of Armenian Street and Cannon Street.

“You need a week to learn the basics of playing it and many more hours of daily practice to master it.”

Vietnamese soloist Tran Quang Hai put on a mesmerising performance of overtone singing, a technique where two different sounds are created simultaneously by one person to produce a melody. Tran showing off his overtone singing.

Besides his impressive vocal ability, Tran also played various bamboo Jaw’s harps such as the goc from central Vietnam, the genggong from Bali and karinding from Sunda.

Thailand’s Korphai Group then demonstrated why they have won so many accolades since forming in 1980. Their repertoire of music ranged from the traditional to crossovers of various genres.

The ProArt Chinese Orchestra of Penang capped off the showcase with Chinese and Malay folk music.

The orchestra was helmed by Lim Soon Lay and featured talents including Chee Sze Yau on the yangqin (dulcimer) and Yeh Hao Cheng on the dizi (bamboo flute).