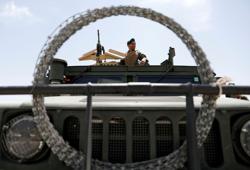 Unsafe: One of the streets in Pasir Pinji with inadequate street lighting.

THE lack of streetlights in Pasir Pinji is putting the lives of residents in danger.

Road users are not able to see the roads and their surroundings properly, which made them vulnerable to dangers that could potentially cause accidents as well as be targets for criminals.

Resident Tun Yoke Wah said not only was there lack of streetlights in the area but many of the existing ones did not work.

“The broken streetlights make it difficult for motorists to see other vehicles on the road and potholes as well.

“It is especially dangerous for road users who are unfamiliar with the place.

“They may not be able to react fast enough in an unexpected situation,” said the 57-year-old who lives along Jalan Queen.

Rela volunteer Joyce Choh, who patrols the neighbourhood at night, said an entire street would sometimes be left in total darkness.

“It is not uncommon for us to encounter such a situation during night patrols.

Another resident, Chan Hong Nam, said the lack of streetlights also posed a danger to those taking morning walks before dawn.

“Many people, especially the elderly, come out for morning walks.

“The authorities should not wait until something bad happens to fix or improve the situation here,” said Chan, who lives on Jalan Bunga Susun Kelapa.

Lee, 52, from Jalan Sekolah, said the neighbourhood was still wary of past incidents.

It was reported in August that an elderly woman from Pasir Pinji was molested while on her way home after her morning exercise.

Many other residents have also been robbed and injured by their attackers while walking or cycling in the vicinity late at night.

“These incidents are not new and the authorities should really make improvements to the street lighting in the area to reassure us of our safety,” she said.

The sentiment was shared by 65-year-old Wong Lean Fatt, who lived next to a public park at the Housing Trust near Pasir Pinji.

“Having ample streetlights would definitely help in terms of crime prevention and fear reduction.

“As such, I make it a point to inform Tenaga Nasional Berhad (TNB) through its care line whenever I find any streetlight not working,” said Wong, who is also aware of the crime cases that took place in the area in the past.

Over the years, Wong said he had made so many calls that the care line operators had become familiar with his name.

“We would inform the Ipoh City Council and TNB of such cases.

“Having said that, we have seen an improvement over the years compared to the time when some 70 streetlights were not functioning at the same time,” he said.

On the lack of streetlights in certain spots, Chang said the problem had been conveyed to the council. 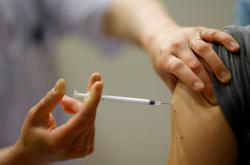