Chin Aun said that age group football or futsal tournaments are the perfect stage to spot or unearth young talents and potentials.

“Subsequently, these young talents could be further groomed into good footballers through systematic training and coaching programmes.”

To exemplify and advocate this stance, the towkay himself with close co-operation from Malacca Club sports officials and state veterans football group members plus local sponsors, initiated a one-day Under 12 Football Carnival where the Datuk Soh Chin Aun Trophy, medals and sponsored prizes were up for grabs.

Held at the Malacca Club Rotunda Sports Complex in Tanjong, 24 teams from Singapore, Kuala Lumpur, Selangor, Johore, Negeri Sembilan and Malacca were in the fray. Pleased with the encouraging response, Soh plans to hold the carnival on an annual basis with more teams invited to take part over a full weekend time-frame.

For starters, the 24 competing teams were divided into eight groups of three teams each for the preliminary round league matches. The top two teams from each group made their way into the knockout second round format, followed by the quarterfinal and semifinal ties to determine the finalists.

Malacca Club Elite,TNB Soccer Kids and Kiddo Kickers. Fancied and pre-tourney favourites Singapore’s Braveheart Soccer Academy A and B sides made early impressions to move into the last 16 in style.

In the second round play-offs, Braveheart Soccer Academy A already rated as firm favourites scored a 1-0 win over Ombak FC of Selangor to book their spot in the quarterfinals. However, their B side after a scoreless draw in regulation time with local team Kelab Keseri made its exit from the tournament following a 2-0 loss in the penalty kicks decider.

In the semi finals, Singapore’s Braveheart Soccer Academy (A)

In the final, Braveheart Soccer Academy ( A) under the coach supervision of Hosaini Marsok held a distinctive advantage over Malacca Schools Sports Council (A) in sound reading of the game. Both sides served up good ball possession and skills coupled with imaginative upfield forays. However, the final issue was settled when nippy Nabil Ismail popped home the solitary goal winner late in the second half for the team from across the causeway to lift the Datuk Soh Chin Aun trophy with a narrow 1-0 victory. 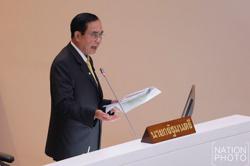