Familiar faces back in MPSJ line-up of councillors 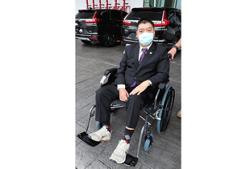 TWO former Subang Jaya Municipal Council councillors will be making a comeback in the 2012 lineup that was announced recently.

Chang Kim Loong, who is also the National Housebu­yers Association (HBA) secretary-general, took a one term break from the council to focus on several major amendments to Malaysia’s housing laws like the Housing Development (Control and Licensing Act), and the Strata Title Act.

“A lot of these are voluntary work and I opted out of the council because I had to work within my means. The HBA was invited to be part of a special task force and working committee to work on the amendments. One of them have been gazetted last month and others to be tabled in Parliament in April and June. I have the time now so when the state government invited me to come back as a councillor, I was glad to say yes,” said 53-year-old Chang.

Having been involved in the drafting of the laws and now being roped into the council again, Chang would use his expertise and detailed knowledge to focus on issues like abandoned housing projects and the management and maintenance of strata property.

As with the previous year, the state government did not finalise the complete list of councillors even after their contracts have ended and as of press time, the list released by the MPSJ only had 19 names: four from PKR, six from DAP, three from PAS and six under the NGO quota.

Several of the councillors contacted were not even aware that their names were on the current list and one councillor said that they were not earlier informed if their tenure would be extended.

The two new names in the list were Muzammil Hafiz from PAS and PKR-appointee Sazana Isa.

Muzammil was transferred from the Petaling Jaya City Council while not much is known about Sazana.

Chia Yew Ken, 36, who is currently the special assistant to Subang Jaya assemblyman Hannah Yeoh, would be taking over from Edward Ling, who decided not to continue his term due to personal reasons.

Chia said that the one-year break away from the council was refreshing as he was able to look at the whole system from the outside.

“I still enjoy serving the people and the break has enabled me to get some fresh ideas for the coming term,” he said.

Malaysian Community Commun-ications Centre (Komas) executive director Tan Jo Hann was another councillor who decided not to renew his term in MPSJ.

“I have learnt a lot from being in the position of local governance and I think it’s time to move on and give other people an opportunity to be there.

“The experience and knowledge that I have gained over the years would come in handy in my NGO work. I now know how to deal with government agencies more effectively and who is the right people to talk to,” said Tan.

Being in the local government, Tan also realised that councillors could play a bigger role in the policy-making process.

“Most of our time are taken up by issues like clogged drains or faulty lamp posts. These matters are important but that’s when the civil servants come in.

“The councillors should be there only to monitor the work in progress and should be spending more time on things like the council budget or bylaws,” he said. 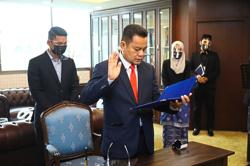