Barisan leaders won’t stand in the way of MACC probe

State Barisan secretary-general Datuk Dr Stephen Rundi said they were willing to cooperate with the authority in the investigation.

Asked whether the case would affect Sarawak’s image abroad, he said: “No, I don’t think so. I believe he is innocent”

Dr Rundi, who is the Assistant Environment and Public Health Minister, said he did not know much about the case.

“We cannot prejudge it. We will leave it to the authority to prove it. As for now there is not much we can comment on,” he told reporters after opening the Sarawak Health, Wellness, Beauty and Halal Expo 2011 here yesterday.

He added that he was aware of the allegations against Taib as detailed in Sarawak Report and the authority had the right to investigate the allegation.

“If there is no proof, it is still just an allegation,” said Dr Rundi, who is also the Kemena assemblyman. 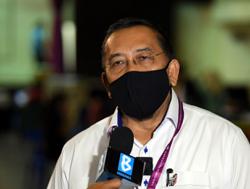