ASK around and most people will agree that Ipoh’s taugeh is the king of bean sprouts in Malaysia.

Thanks to the abundance of hard water from the limestone hills surrounding the Kinta Valley, bean sprouts that grow here are crunchy and succulent.

The city’s supply of Grade A bean sprouts comes from Buntong. There are at least seven operators.

Toon Yew Pooi, 84, who has been growing bean sprouts all his life, attributed the texture of the plant to the water, which has also been credited for Ipoh’s smooth kuey teow and fair-skinned girls.

“In Buntong, the underground water sources near rock formations have been found to be the best for growing bean sprouts,” said Toon.

Toon, who started to grow bean sprouts at the age of 13 following his father’s death, said the task of growing the bean sprouts is tedious and takes six days.

“The beans need to be watered six times, every four-and-a-half hours. There is no short cut to this. The taugeh becomes skinny if not watered often enough,” said Toon, who wakes up at 3am to work.

The years of hard work were evident from his posture — the left side of his body protrudes slightly, more as a result of holding down the water hose for too long.

It used to be grown in wooden crates but growers like Toon now use plastic drums, which are more durable and cost-effective.

Tiny holes are made at the bottom of the drums to let some water out.

“The beans are washed and aired in the plastic drums on the first day. The beans are watered on the second day onwards. By the sixth day, they are ready to be shipped out,” explained Toon.

He said the best bean sprouts were those that grew in the middle of the drum.

“They are considered premium grade and purchased by chicken rice and kuey teow sellers. But the price is slightly higher. The others are sold to middlemen to be distributed around Perak,” he said.

A few specialty restaurants from Kuala Lumpur, Toon said, would make trips to his warehouse to buy the bean sprouts.

“There is no point selling our products outside of Perak as transportation costs will be higher and the taugeh will dry out due to the long journey,” he said.

“The taugeh is somewhat different from the ones in Penang. Ipoh taugeh is juicier and crunchier,” said Teoh.

“It’s the best in the world. The taugeh from elsewhere cannot come close to Ipoh bean sprouts.

“There is no bite in consuming them,” said the 34-year-old senior engineer. 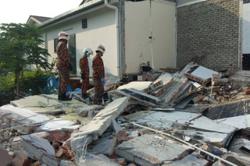 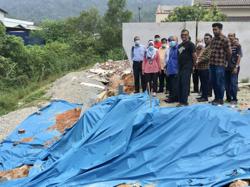