The mother of a seven-year-old penned her entry “KL: A to Z Fun Things to Do & Places to Visit with Kids” in the Public category beat other entries.

The Star’s Youth deputy editor Niki Cheong, won a Kia Optima Novus for his entry “My Bangsar” under the media category.

Emila who was unable to attend the dinner held at the Sime Darby Convention Centre last night was represented by her husband, Mohd Zaim Mohd Tahet, 47.

“She sent in her blog with a lot of illustrations. I believe my son was a source of inspiration for her when she penned her digital illustration,” said Zaim.

Niki Cheong, a blogger since 2003, said he thought his entry was appropriate because of his column in The Star, the Bangsar Boy.

“I took an hour to drive around and take pictures of the places I used to visit as a child. Everytime I passed by a place and remembered fond memories, I stopped and took pictures of it,” he said.

The other winners included Barbara Mckay from Australia for the International category and Yeow Minyi for the Junior category.

“We got more than 4,000 entries and 300,000 page views, out of which 24% were from overseas. I believe it is a big success. This will help promote Kuala Lumpur, Labuan and Putrajaya to the world,” said Nong Chik.

He also said many of the entries focused on KL, possibly because of the big population.

Blog For FT contest began last year in October with the purpose of creating a positive space for bloggers to promote KL, Labuan and Putrajaya as well as to serve as a powerful marketing tool for the three territories. 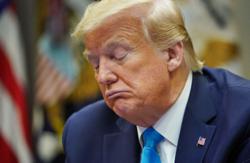