FORMER professional golfer Valen Tan, who has served as an official in several major international golf competitions, is back in Malaysia.

After serving as vice-president (golf and business development) at Mission Hills Golf Club in China from 2006-2009, the towering Tan has been appointed as the director of Berjaya Resorts and Clubs in Malaysia.

Being responsible for the six golf courses should not be a problem for Tan. After all he was in charge of 12 courses during his two-year tenure at Mission Hills.

Tan said his priority was to make the Berjaya Resorts and Clubs in Malaysia the best in the region.

“It can be considered as a re-branding exercise. Some of the clubs were established 15 years ago and the time has come for refurbishing. It is also timely to evaluate the course layout as well as other aspects in the resorts,” Tan said.

After taking charge in early June, the 55-year-old Tan has made his rounds at the Bukit Jalil Golf and Country Club.

He is impressed with the conditions but believes there is room for improvement.

Tan said his mission would be easier if everyone worked as a team. “Every individual has a role to play in the success of any organisation. Certainly I am keen to see all of them work as unit. Then we are on the right track for success,’’ said Tan, who has come a long way since getting involved in golf in the early 80s.

As an amateur, Tan had featured for Malaysia in many international competitions including the Asian Games in 1986.

After a successful amateur career, Tan joined the pro ranks in 1989 and won one event and had several top 10 finishes.

In 1992, he started his teaching career at the Saujana Golf Resort.

Apart from his success on the green, having studied with some of the finest teaching pros including Paul Runyun, Charlie Earp (who was Greg Norman’s teacher), Norman Von Kid, Kel Llewellyn and Johnny Anderson added to his teaching credentials.

He also had the opportunity to attend seminars and coaching and club fitting schools in Australia and the US.

Tan decided to part ways with Saujana to help build the Asian PGA Tour in 1995 as their tournament director and later becoming their deputy executive director.

While he was with the Asian PGA, Tan was invited to be part of the US Tour, the Japan Tour, the Australasia Tour, the South African Tour and the European Tour to officiate in the capacity of a rules official or a referee in their respective tournaments.

Tan said he would cherish his involvement in the President’s Cup as he was the referee for the match betweeen Tiger Woods and Vijay Singh.

After his tenure in the Asian PGA, Tan went on to join the Blue Canyon Countery Club as the advisor to the chairman. Two years later he was at the Mission Hills.

“The two years at Mission Hills was an eye opener. There were only about 20 golf courses in 1995. within 10 years, the number of golf courses had increased to almost 400. The golf industry is an ever growing one,’’ said Tan.

The friendly but strict Tan said he had completed a circle in golf from player to teacher, administrator and manager, and now he would be happy to complete the circle behind the scene.

“Golf has been good to me and now I am keen to give something back to the game.

“I believe being involved in the rebranding of the Berjaya Resorts and Clubs will be something I can be proud,’’ said Tan. 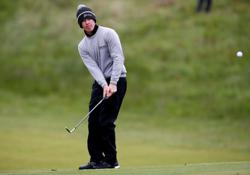