IN A concrete jungle like Kuala Lumpur, a place to dine where time has stood still over the decades is increasingly hard to come across.

A charming place near the Bank Rakyat in the city centre is the Yourcheff.com Restaurant, operating from a 101-year-old building with neo-classical appeal. 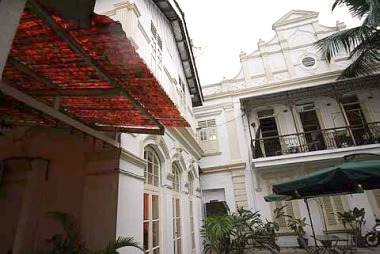 The stately mansion was built in 1907 by tin tycoon Loke Chow Kit. Over the years, it housed British officers, who enjoyed their evenings at the Royal Selangor Club and was turned into the Heritage Hotel and Hotel Peninsula.

With the advantage of several wings, the mansion with a beautiful courtyard and enchanting garden now houses Yourcheff.com, the art gallery Galeri Tangsi and the Malaysian Institute of Architects (PAM).

Chef and owner Behzad Kulasic had wanted to register his restaurant as Yourchef.com but the domain was unavailable. His initial idea was to start the chef at home concept but it did not take off. 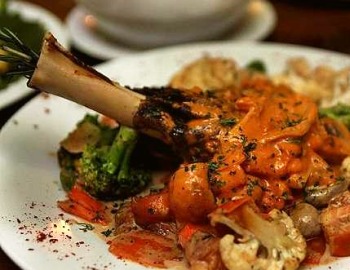 The halal restaurant serves Italian and Asian cuisine but its best draw, admits Kulasic, is the set lunch.

“It is priced from RM9+ and diners can enjoy soup or salad, any main course from the Italian menu and iced or hot tea. It allows you to create your own set with maybe Spaghetti Aglio Olio or Lamb Shank,” said Kulasic, who is a Bosnian Muslim.

“We assure diners there are no hidden costs because only the main course is charged. The cheapest main course is Spaghetti Aglio Olio or Arabbiata at RM9+.” 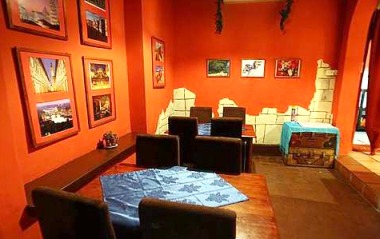 To enjoy the best of both menus, here are some recommendations, Seafood Tomyam, Fettucine Salmon, Nasi Pattaya and Tiramisu. Another combination could be Fish Ball Soup, Pizza Pollo, Mamak Mee Goreng and Ayam Masak Merah.

The Italian food is prepared by Kulasic and the Asian favourites are cooked by a chef formerly with the Royal Selangor Club. 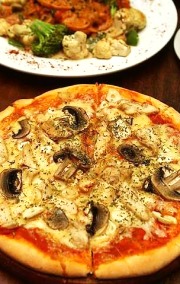 The Fish Ball Soup was infused with pepper and loaded with vegetables, rendering it popular with children. Kulasic’s teenaged son, Hasan loves it too. For a fiery note, go with the Seafood Tomyam.

A variety of pizzas is whipped up at Yourcheff.com with personal choice toppings that families and friends can further enjoy. Individual concoctions are popular, said Kulasic.

The Lamb Shank is a must-try. Kulasic labours four hours over the dish to make certain it arrives at the table, warm and tender with gravy oozing from the marrow.

The Nasi Pattaya and Mamak Mee Goreng were delicious but the Ayam Masak Merah was a tad oily.

For dessert, kick off your shoes and enjoy spoonfuls of Tiramisu with the tarik.