The grand finale dinner of the Malaysia International Gourmet Festival raised RM315,000 for the Tuanku Najihah Foundation for disadvantaged Malaysians. 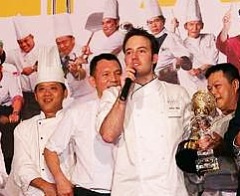 The Hilton KL’s Senses won the festival’s prestigious Golden Cauldron Award for the best all- round restaurant for the second year running.

Chef Lam Hock Hin of the Hilton KL’s Chynna was the recipient of the Chef Congeniality Award. He was voted by his fellow chefs. 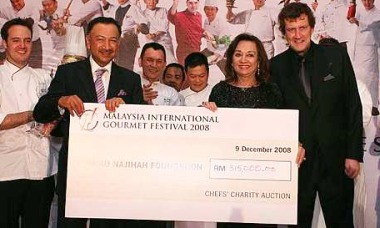 The other awards and the winners were:

Guests at the dinner were also treated to performances by Dreamz Acrobatic Troupe from Genting and Figaro from Australia.

This year’s festival, with the tagline Chef Attack, was organised by Asia Reach Events from Nov 1 to 30.