Held at the RTM complex here, the auditorium was packed with over 1,200 people from all walks of life.

The event was the third after runs in Muar and Port Klang to promote the Da Ai television station.

The foundation’s Kuantan centre coordinator Kong Siew Kuan said that Da Ai TV was a family channel that did not air violence and bloodshed.

She said the Taiwan-based station started telecasts in 1998. 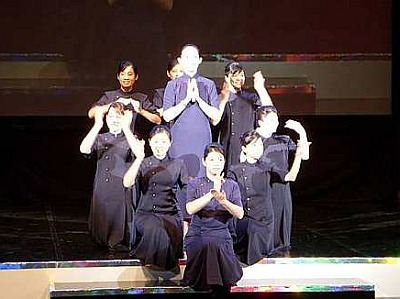 “With decreasing moral values and an increase in crime, TV plays an important role in promoting good values.

“The children’s programmes allow youngsters to see what suffering there is around the world so that they can treasure what they have,” she told The Star in an interview.

She said, through 13 satellites with 24-hour broadcasting, Da Ai TV could be viewed worldwide.

“Our aim is to promote good social values for the betterment of society,” she said, adding that there was a sign-language segment and an 86-year-old Tzu Chi commissioner and founding member would make a special appearance.

Former Teruntum assemblyman Datuk Ti Lian Ker was the guest-of-honour at the event.

Ti said the foundation was set up to assist mankind regardless of race and religion in times of disaster.

Among the performances were stories of real-life suffering and broadening of love towards less fortunate world citizens, he said.

He said the activities could help cultivate compassion in the younger generation and create a balanced society.