THE Eco Film Festival ’08 (EFF) takes place on the grounds of the National Arts Academy (Aswara) in Kuala Lumpur this weekend.

Touted to be first-ever multi-activity green festival, the EFF is a film festival that features local and foreign short films and documentaries, and incorporates popular bands, exhibits, and environment-friendly goods and services in a relaxed semi-outdoor setting. Green businesses will showcase their latest innovations, too.

Visitors can expect entertainment and education in the form of performances and exhibits. They can also dine on and shop for organic food and a host of other items at the bazaar.

Organised by socio-environmental organisation EcoKnights (www.ecoknights.com), the festival, which is themed “Race Against Climate Change”, has harnessed the creative powers of, among others, young budding filmmakers to produce 100% local environmental short films and documentaries on the environment. 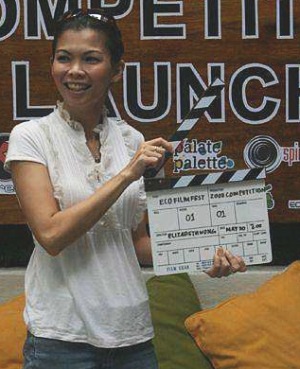 Yasmin: ‘Al Gore’s The Inconvenient Truth is not the only good film on the environment issue.’

The fest also aims to empower Malaysians to take a greener approach in their normal daily activities.

“Al Gore’s The Inconvenient Truth is not the only good film on the environment issue. There are other foreign films out there, which will be screened for the first time in Asia, like A Crude Awakening, Who Killed the Electric Car? and Killowatt Ours.

“In addition, six local films have been produced that will be aired and judged at the fest,” she added.

The film fest will screen local productions that participated in the Eco Film Fest ’08 Competition, which was launched in May. The five winners of the competition who are amateurs have completed their professionally assisted short films, and these will be featured at the festival. Awards for the winning films will be presented at the event at 4.30pm tomorrow.

EcoKnights is a collective of professional individuals with a passion for the environment, whose effort it is to provide environmental outreach programmes for communities and industry players.

The festival is being held from 10am to 6pm today and tomorrow at Aswara, Jln Tun Ismail, KL. Entrance is free but reservations are required for screenings. For details, log on to www.ecoknights.com, e-mail info@ecoknights.com or call 03-7727-6561.