The event jointly organised by IWF and Putrajaya Corporation (PJC), takes place at the Water Sports Complex in Precinct 6 from Nov 7 to 9. 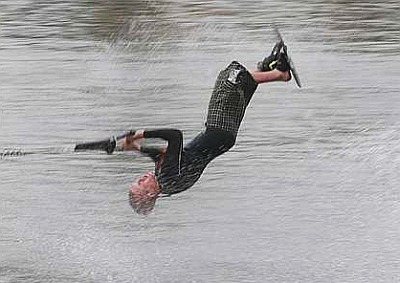 It is supported by the Federal Territories Ministry, Tourism Ministry and Youth and Sports Ministry.

Malaysia is playing host to the fifth round of the championship.

The first round of the series began in Dubna, Russia, followed by Hacienda Bay Beach in Egypt, then Singapore and later in Chandigarh, India.

The series will end in Doha, Qatar.

A modest sponsorship presentation ceremony was held recently at the complex.

Sixty men and women skiers from 18 countries will compete during the championship that is estimated to draw 30,000 spectators.

The championship is divided into three disciplines — slalom, shortboard and jump.

At least 20 skiers rank high on the world list.

One of the world champs who will be in action at the event is Freddy Krueger, known to soar over 60m, using six-litre Mastercraft boats with 400hp.

The three-day schedule is divided into official practices, preliminary rounds and finals.