CHILDREN at the Tengku Ampuan Rahimah (TAR) hospital’s paediatric ward found a reason to smile when they were each presented with a mini hamper and duit raya by Bank Rakyat recently. ”Children love gifts and we just wanted to share our caring spirit in conjunction with our 54th anniversary. We visited about 100 children in the three wards and it is good to see them smile even with the pain they are going through,” he said.

Zainuddin added that Bank Rakyat had visited 12 hospitals nationwide on Friday last week and in total visited 1,307 children and gave away RM130,700 in hampers and duit raya. 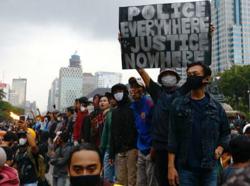