DIKIR Barat is a popular traditional Malay performance in the east coast regarded as an effective platform for promoting mutual understanding between the Government and the people.

Through dikir barat, which is performed by more than 20 members in a group, the message is conveyed in a harmonious and entertaining manner. 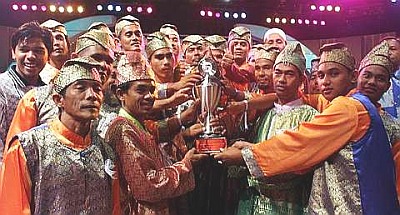 State Information, Science, Technology and Innovation Committee chairman Datuk Mohd Sharkar Shamsuddin said that dikir barat was effective in promoting unity and nationalism though rhythmic songs that could be understood by people from all walks of life.

“Dikir barat is entertaining as the lyrics sung by the tok jora (main vocalist) have an enchanting effect on the audience,” he said when closing the finals of the national-level Dikir Barat Kenegaraan Komuniti Bestari competition at Darul Makmur Auditorium, Sultan Ahmad Shah Broadcasting Complex, in Kuantan. 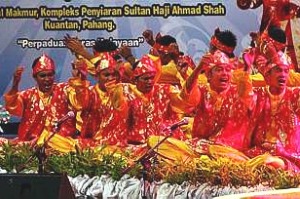 Singing out loud: The Sri Laksamana team from Jerantut, Pahang, performing in the final.

“If we love our country deeply, we will not be easily influenced by negative values which can destroy the peace and harmony in our country,” he said.

Engaging: Dikir barat can be used to convey constructive criticism.

The champion received RM6,000 cash, a trophy, hampers and certificates of participation. 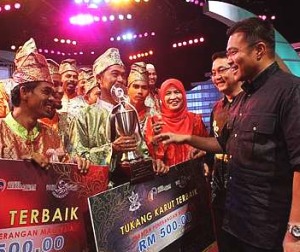 The best tok jora and tukang karut received RM500 each.

According to K-Bestari team manager Rosli Che Mat, the team also emerged champion in a recent dikir barat competition during the Sultan of Kelantan’s birthday celebration.

“We did our best and wining both contests proves that our love and commitment to the traditional performance is worthwhile,” he said.