Out to woo Japanese tourists

PENANG aims to attract more Japanese tourists by focusing on health and educational tourism – two of the eight key areas outlined by the state government to boost the industry’s performance. According to sources, these were the areas that Japanese tourists were interested in, Chief Minister Lim Guan Eng said.

“Last year, 3.4 million tourists visited the state and of that, 5.3% were from Japan.

“Many of them were are regular visitors. We also have 288 Japanese citizens living here under the Ma-laysia My Second Home (MM2H) programme with 1,291 expatriates working here,” he said when delivering his Bon Odori opening speech recently.

He said a recent survey by the Japanese Longstay Foundation revealed that the state was also a preferred destination for senior Japanese citizens to retire to. 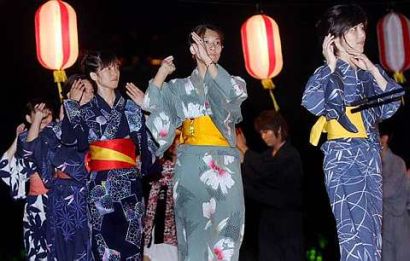 “Good Japanese food, friendly locals and the warm weather are reasons why we are popular. Even Japanese investors like printed circuit board maker Ibiden Co Ltd are keen to be here.

Lim said Japan was the fourth biggest investor in the state. 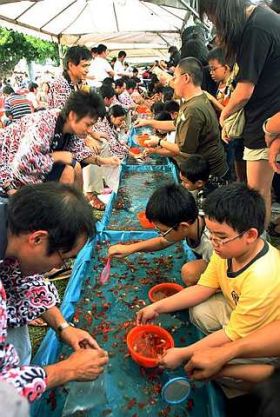 “This reaffirms the country’s confidence in our resilient economy and we will not disappoint,” he said, thanking the community for their continued support.

Held at the Esplanade, the Bon Odori festival was jointly organised by the state government and the Consulate-General of Japan in Penang and supported by organisations like Penang Japanese Association, Malaysia Japan Society, Japan Graduates’ Association of Malaysia, Penang Japanese Language Society and Association for Overseas Technical Scholarship.

It is an annual event celebrated in honour of one’s ancestors. The celebration in Penang is the second largest Bon Odori festival outside Japan. The largest is held in Kuala Lumpur.

Lim said the festival was first celebrated at the Botanic Gardens 12 years ago.

“Today, it has found a new home at the Esplanade field with more attractive programmes, bigger audiences and is a permanent fixture in our tourism calendar,” he said. 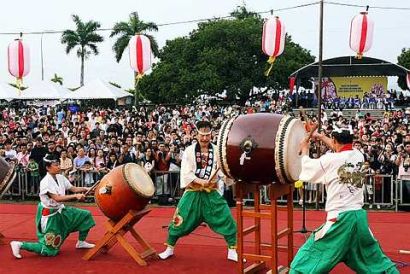 Drummers enthralling the crowd with a riveting performance.

“Many years ago, the city council presented the ‘Free Men of the City of George Town’ to four individuals who have made a significant impact on the city. Today, Emperor Akihito of Japan and Tun Datuk Seri Dr Lim Chong Eu are the only remaining living legends of this prestigious award,” he noted.

A five-minute fireworks display marked a colourful end to the four-hour festival.

From as early as 5.30pm, the Esplanade was filled with kimono-clad revellers and locals thronging the 90 food, handicraft and game stalls.

The popular promenade area took on a Harajuku-feel with local and Japanese youngsters dressed in trendy knee-high boots and funky coloured hair.

Among the performers were the Ryukyukokumatsuri Daiko (Okinawa drummers) group and Tamagusukuryu Senjyukai (Okinawa dancers) - both from Japan, and the local Pink Hibiscus troupe.

Among the crowd was a group of 20 avid photographers who were members of the Rojak Studio forum.

“Every year we come for the festival because we love to capture the candid expressions, dances and costumes of the performers,” said forum administrator Terrence Toh.