BEFORE Putrajaya came into existence, there was the Prang Besar Estate.

While the country’s new federal administrative capital was still a design on the drawing board, hundreds of estate workers had toiled daily in Prang Besar. 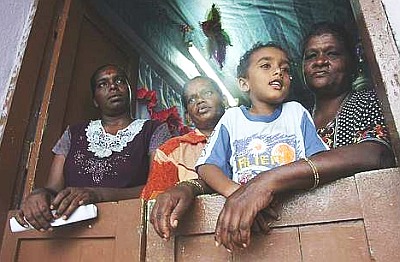 They tapped rubber and worked in the oil palm plantation, savouring the simple life as they knew it.

The creation of Putrajaya opened a new chapter in the nation’s history but closed another.

The dramatic change in the landscape from that of a rural estate to a modern city with towering structures best embodies the high price we pay for development.

It also acquainted us with the ugly term known as displacement. 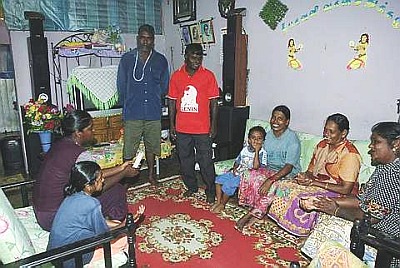 According to statistics from the National Union of Plantation Workers (NUPW), the number of estates in Selangor dwindled from 150 in 1986 to 95 in 2006.

With Prang Besar Estate no longer in existence, a majority of the former estate workers were relocated to low-cost flats in Dengkil.

The estate they had called home for decades was no more and the close community living is all but a fond memory now. 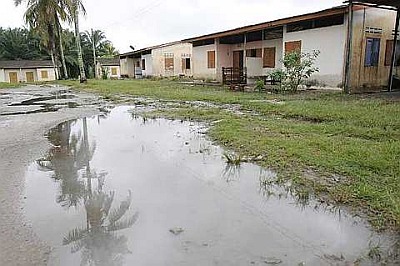 Rubber tapper Subramaniam Munusamy, 45, of Semenyih Estate, firmly believes that they should be compensated with permanent homes.

“Semenyih has been my home for nearly three decades. Following the notice of termination of employment from the landowners five years ago, we were offered flats in Nilai,” he told StarMetro during a recent interview at the estate workers quarters.

“But this means starting all over again. We have asked for low-cost houses in Semenyih in recognition of our blood, sweat and tears for a commodity which is fetching high prices in the world market,” Subramaniam said.

Since they stopped working for the Semenyih Estate, Subramaniam and his wife Anjalai Devi Chinalagan, 43, have been tapping rubber on a plot of land belonging to a smallholder for daily wages. Their combined monthly income is barely RM1,300.

The couple, who have four children, said they could not retire for at least 20 more years.

Like everyone else, they hope to enjoy the comforts of living in a house of their own in the near future.

The struggle to gain a permanent roof over their heads began five years ago with little progress to show since.

For retirees like Mariayee Palaniappa, 59, and Munichy Muniandy, 53, their meagre incomes come from picking flowers for which they are paid RM8 per tin.

Estate resident Devi Ganie, 30, meanwhile, takes on odd jobs, leaving her five-year-old son B. Mathialagan in the care of neighbours.

Life is hard but the women share some little joy and comfort through communal living. 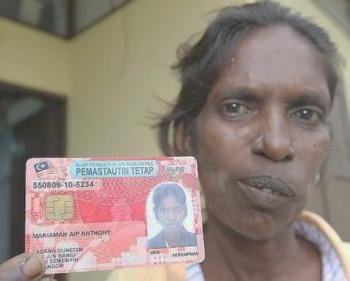 Back when it was a functioning estate, the Semenyih Estate was home to 100 Indian families.

There are only 16 families left now. The others have left to seek their fortunes elsewhere after obtaining their dues from the landowners.

Meanwhile, a looming threat of displacement currently hangs over the Dunedin Estate workers.

Dunedin, located 3km from Semenyih town, is still functioning as an oil palm plantation and, like the Semenyih Estate, was established around a century ago.

According to plantation worker Arumugam Subramaniam, 51, and his wife Sarojini Paramasivam, 44, there is talk of the plantation being sold for development but they have yet to receive any notice from the landowners.

“There used to be over 100 families here but only a fraction are left now since the rumours began. If the landowners want us to move, we hope to be provided with houses nearby,” Arumugam said.

“As far as income goes, we are paid daily wages, base pay, cost of living allowance (Cola) and other allowances. It is hard to make sense of the pay slip but basically, my wife and I jointly earn around RM1,250 a month,” he said. 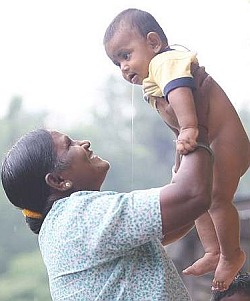 Hoping to break the cycle: Dunedin Estate pensioner Baby Angamuthu with her sevenmonth-old grandson Thinakaran Murugan. Is there hope of a better life for him in thefuture?

“In view of the surge in commodity prices and inflation, the Malaysian Agricultural Producers Association (Mapa) should increase the Cola while the NUPW should push for a higher minimum wage,” he said.

Retiree Baby Angamuthu, 57, in reminiscing how life in the estate was 50 years ago, said that little had changed in the estate community all these years.

“We are still living in deplorable conditions although oil palm is a priceless commodity. Some of the quarters are infested with termites, the drainage system is poor and dengue is a constant threat,” she said, cuddling her seven-month-old grandson Thinakaran Murugan.

At present, the future looks bleak for the young generation but parents like Subramaniam and Arumugam realize the importance of education and have sent their children to school.

They hope that their children, armed with an education, could leave the estates to work, and break the cycle of poverty.

“We at the Sungai Rinching Estate fought for 10 years for our houses. The struggle was long and difficult but we emerged victorious and we also realised that it was better to stand together,” he said.

There is strength in numbers which is why PSM secretary-general and Kajang Municipal councillor S. Arutchelvan wants to mobilise together the estate workers of Semenyih, Dunedin, Bangi and Glengowrie to demand for housing.

“Breaking up the communities of estate workers leads to a negative impact on their psyche as they already feel neglected and cast aside,” Arutchelvan said.

“With a proper area set aside for housing, displace estate workers can ask for a school, hall and places of worship,” he said.

“Land status conversion for estates with 40ha and above will only be approved if the landowners agree to provide housing for displaced estate workers. This is the condition imposed by the state government,” Xavier said.

At present, there are 113 estates in Selangor seeking land status conversion.

Xavier also urged estate owners to give preference and priority to locals when hiring workers and not only employ foreigners.