RAZLAN Tan Sri Ahmad Razali had always had a passion for motor sports, especially motor racing, but his dream of becoming a big name on the circuit was shattered three years ago when he was involved in a crash on track.

Razlan had made his debut in the Malaysian Super Series (MSS) superbike open season on a Ducati 916 SPS at a time when the series was more of an enthusiast-type race event with fewer than 10 entries.

The series has become more professional over the past five years and Razlan, who is the Pineapple Motor Sports Msportbike Racing Team (PMSMRT) principal, has a constant urge to go back on the track. But, he has always resisted the urge. 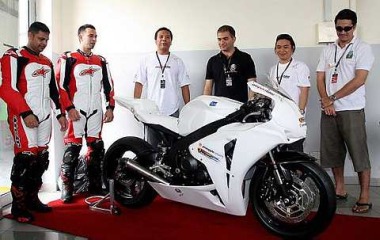 “I have taken a back seat since the crash in 2005, but due to my passion for motor racing, I formed Pineapple Motor Sports a year later and was successful in bringing in two riders. When I see them ride, I feel as if I were on the bike,” he said during the launch of the PMSMRT at the Sepang International Circuit (SIC) recently.

The launch was also significant as it marked the first time that a home-grown Malaysian motorcycle team has come into the MSS series in a strong way.

Razlan said the team was upbeat about some recent developments. He believes PMSMRT is the first local team in the MSS to be sponsored by two well-known international sponsors – AGV helmets and Alpinestars race-wear– and the riders will be equipped with the best from AGV and Alpinestars for the entire 2008 MSS season. 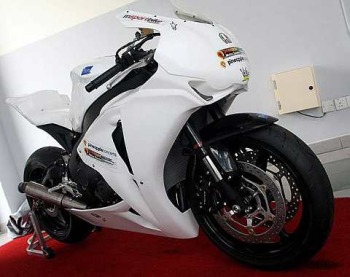 Having recently acquired a Honda CBR1000RR race machine from TSR Racing Japan, they are ready to make another bid for the championship this year.

Despite the team’s achievements, Razlan believes it is important for PMSMRT to continue pushing ahead in order to achieve a standing in the Asian region and to develop local talent.

“The event is gaining popularity and it is important that the SIC promote the MSS series. We are lacking in a premier national-type race series,” he added.

Since 2006, the two Msportsbike riders have been among the top runners in the series.