THE Malaysian Nature Society (MNS) is calling for a reform to the 35-year-old Protection of Wildlife Act 1972 (PWA), believed to have been outdated and presents many unscrupulous loopholes at the expense of wildlife.

The call was made together with TRAFFIC, Wildlife Conservation Society, (WCS) and World Wildlife Foundation Malaysia (WWF) that hopes to deal with sophisticated wildlife criminals and their syndicates. 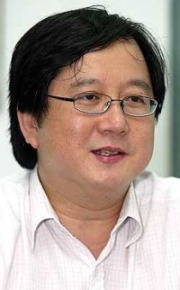 Loh: Has called for a review of the Act.

The PWA, a law designed by our lawmakers to ensure that wild animals are sufficiently protected from the various threats that afflict them, primarily protects wildlife in Peninsular Malaysia.

MNS executive director Dr Loh Chi Leong said that they were pleased with the frequent press statements issued by the Natural Resources and Environment Ministry (NRE) on the need to amend the PWA.

“We understand that the process of amending it began 10 years ago and as we welcome the new NRE minister, this process appears to be coming to an end,” said Dr Loh.

“With the recent dialogue with the NGOs called by the minister on May 2, we are encouraged to work together on this issue of strengthening our wildlife legislation.

“Although they are open about receiving but we have not received any feedback. We would like to have an opportunity to go through the recommendations with them and by highlighting several crucial missing elements.

“We have also collected over 6,000 signatures since December 2007, calling for an urgent and adequate review of the PWA,” said Dr. Loh.

He added that the International Trade in Endangered Species Bill, which was passed last year, exemplifies the ministry's commitment to biodiversity conservation.

“As laws and penalties of buying products with animals, there is provision for possession but it does not run throughout the act,” she said.

“However, the Department of Wildlife and National Parks (Perhilitan) is focused on what is being sold in Klang Valley and beyond while trying to stop producers selling them.”