It has been more than two months since the March 8 general election. People are curious to know what the defeated incumbents are now doing. StarMetro speaks to some former elected representatives in the Klang Valley on what keeps them busy nowadays and their lives post-election.

Loh said he has been reading a lot lately. His latest book is an account of British politician and philanthropist William Wilberforce (born 1759) who was a social reformer of various causes, the most outstanding being the abolition of slavery in the British Empire.

Loh said the book was most inspiring to him as reading about Wilberforce’s experiences has taught him about patience and perseverance through the hardships of life. 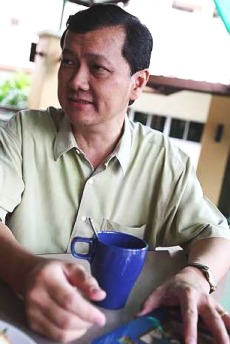 Catching up: Loh has been doing a lot of reading lately and he also hasmore time to spend with his children.

“Wilberforce persevered for 44 years to see the act that gave freedom to all slaves in the British Empire being passed. As an MP, he used his power to campaign endlessly against the slave trade and slavery and his efforts came through just days before his passing,” Loh said.

“It gives me hope that the rights of people I’ve previously fought for will turn out in the end. Maybe what I’m encountering is nothing compared to the 44 years Wilberforce had to go through fighting for a cause he believed in,” he said.

Reading aside, Loh said much of his time was now dedicated to his family, which he described as his strongest pillar of support.

“I do not have a job now but am exploring some business opportunities,” Loh said.

“My three children are still schooling and I still need to provide for the family and pay the bills. So far, I’m setting up appointments every day and am making calls to people to see if there’s anything that I can work out with them,” he said.

“I’m going through the job advertisements too. Nothing specific. I’m just keeping my options open to employers who may have something suitable for me,” he said.

Loh said he was appreciative of a very understanding and good wife who had resigned from her job when their second child was born just to be there for the children when he’s away on his busy schedule as a full-time politician then.

“I’m grateful to my wife for her devotion and commitment to the upbringing of our children. They were taught to be thrifty from young so they have no problem adjusting to a thriftier lifestyle now, since we have to be more prudent with our spending,” he said.

“While I need to think twice now about taking my family for an overseas trip, my best holiday is just being at home with them,” Loh said.

Loh said that he and his wife had just started attending the Alpha marriage course that was aimed at imparting family values to married couples.

“The seven-week course is conduced once a week on Sundays. Through it we are learning to appreciate each other more. I also read a lot to my children now, and while previously my son had to wait to play chess with me, now it’s my turn to wait for a game with him,” he said.

“But there’s no giving up. I’m hopeful things will turn out for me eventually, and hopefully for the better,” Loh said.

Still serving: Chew has been busy shiftingher service centre, which is still in operation.

One of the things that has been keeping Chew busy these days is the relocation of her service centre.

Chew is currently busy shifting things from her previous base in Taman Mayang to the new centre at Damansara Utama.

Chew had recently returned from a week’s trip to Taipei where she attended an international training workshop for typhoon and flood disaster reduction.

“I’m the MCA relief squad chief. I went to Taipei to do some networking. There were participants from countries with all kinds of disasters. Compared to them, we are very blessed in Malaysia,” she said.

According to Chew, the purpose of the workshop was for learning and sharing experiences and skills on how to mobilise and educate the community on facing a disaster.

“It’s about learning how to respond before the government machinery steps in,” she said.

Chew said she was now working in the tourism industry, but did not wish to say more than that.

Chew’s service centre remains open as usual and her contact number is still the same for anyone who wished to call her.

Getting to finally sit down and do what he has been passionate about for years is what keeps Kow occupied nowadays. 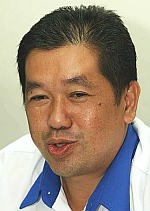 Kow, a recycling and environmental enthusiast, is now writing and translating articles on these subjects.

He has also spoken at colleges and universities on social issues such as national integrity and a multi-racial society.

“I recently returned from Bangkok where I gave a lecture on organic plantation at a university and also conducted a graduate viva examination on plants.

“I enjoy what I’m doing now and it has been most meaningful for me,” he said.

Kow said he was considering establishing his own business related to recycling and the environment.

“I like working on my own as this gives me the flexibility and time which my previous work as an assemblyman had afforded me,” he said.

“About 10 years ago when recycling was rarely heard of, I was already propagating such habits to schools,” he said.

Kow said he also had the time now to read which he hardly had over the last four years.

“This service is something I feel that I still have to do even if I had lost in the election. I came from a poor family and therefore know that there are many out there who need help,” Kow said.

He said friends had chipped in with donations to help keep the centre running. 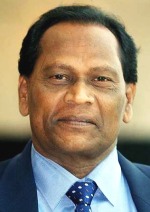 Jagarasah can be spotted in Subang Jaya at least twice a week nowadays.

The reason? He is now helping his lawyer son at his law firm located at Subang Jaya.

“I’m helping out with counselling and consultation sessions with clients and also do some paperwork,” he said.

Jagarasah said he was a pensioner now and had no intention of looking for a job. However, he is on the lookout for opportunities to run his own business later on.

“Not a restaurant, but a shop that sells books and stationery. That’s my interest,” he said.

Jagarasah has closed his service centre since losing in the March 8 general election but was quick to say that he has not stopped serving the people.

“The constituents still call me up and visit me at my house in Jalan Ipoh. I’ve not refused any calls and am still helping the people to the best of my ability. If there are certain problems that are beyond my assistance, I’ll usually refer them to my son’s firm to see what can be done for them,” he said.